Urchin barrens are the new normal in the once-flourishing ecosystem. 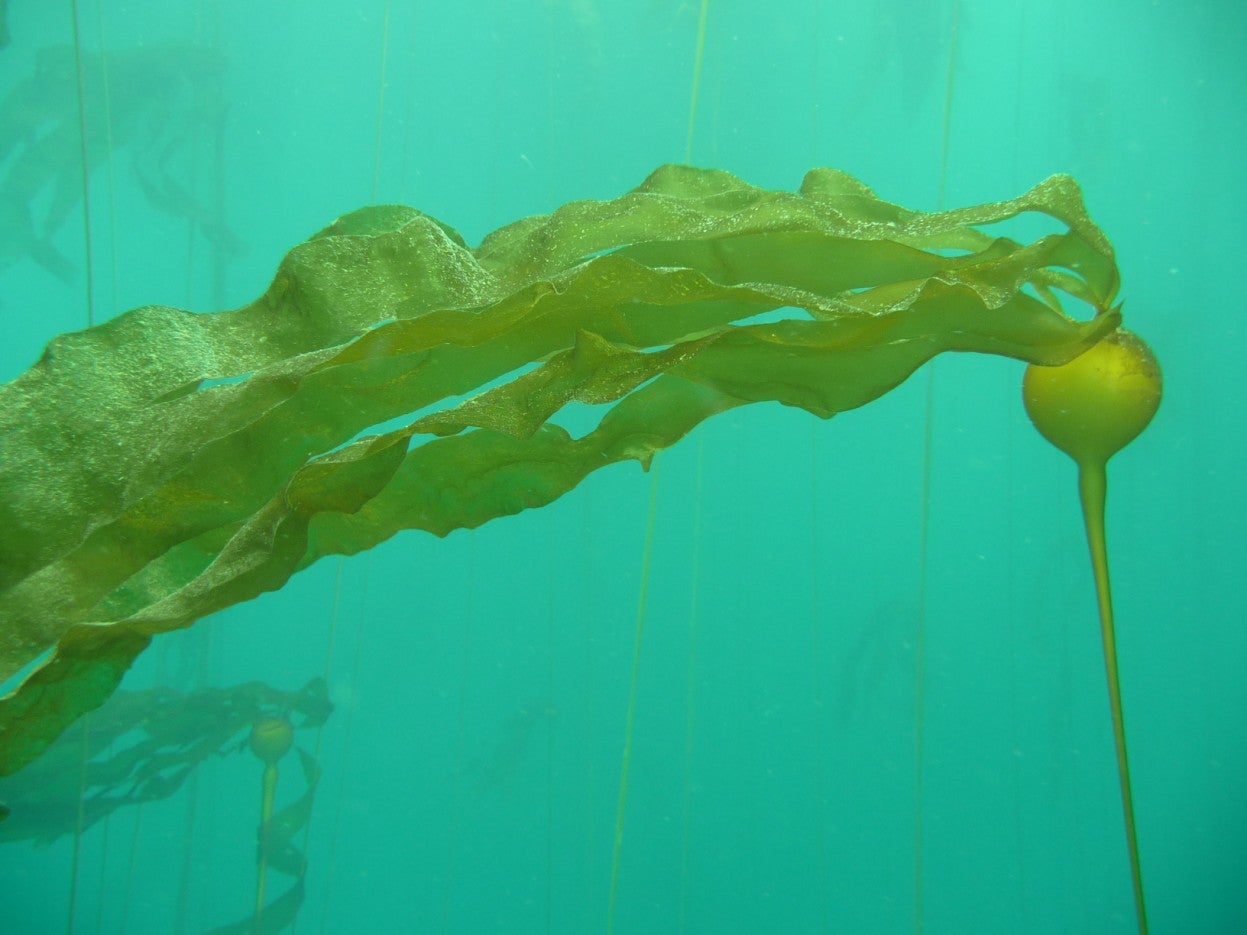 Francesca Koe has competed in freediving events all over the world, including vibrant tropical seas. Even so, the cold waters off Northern California’s coast are special to her. As an ocean advocate and advisory council member for the Greater Farallones National Marine Sanctuary, she appreciates the area for its natural wonders. “There’s nothing like diving in Northern California,” she says, “in terms of the biodiversity, the wilderness, the beauty.”

What Koe’s referring to are the bull kelp forests of the region. These greenish brown algae latch onto the sea’s rocky bottom and extend 30 to 60 feet up, forming thick stands that provide food and shelter for invertebrates, fish, and sea otters. It’s one of just five global upwelling areas, where currents bring cold, nutrient-rich water up to the surface and create thriving ecosystems and fisheries. Though upwelling sites cover just one percent of the ocean’s surface, they provide us with half of the global fish landings.

But kelp forests along the Northern California coast are now nearly gone, according to a new study in Scientific Reports. Along the more than 217 miles between San Francisco and the Oregon border, kelp canopy is down by more than 90 percent. What’s left is mostly just purple sea urchins, in landscapes called sea urchin barrens. “We’re in the 20th year of this monitoring program, and we can confidently say, this is uncharted territory that we’re in,” said Laura Rogers-Bennett, lead author and environmental scientist at the University of California, Davis and the California Department of Fish and Wildlife, in a statement.

The study uses 20 years of monitoring data in the region to reveal the processes that led to the loss of kelp. The biologists analyzed data from aerial images, temperature logs, and scuba surveys, piecing together the story of what happened to this formerly majestic forest.

The first blow to the kelp came in 2013, with sea star wasting syndrome. Within a couple years, sunflower sea stars—which lived in the kelp forest and ate purple sea urchins—went from common to virtually extinct within the area. Biologists aren’t sure what caused the disease, but warmer waters may have helped it spread.

Then, in 2014, the Blob arrived. The Blob was a mass of warm water that sat along the West Coast between 2014 and 2015; temperatures remained 4.5ºF warmer than normal for 226 days in the longest marine heat wave ever recorded. Warm water carries less oxygen and nutrients, and the researchers think that heat stress and starvation cut back on kelp canopy. Ocean temperatures stayed warm after the Blob, too, with the “Godzilla” El Niño that arrived in spring 2015.

Purple sea urchins also went wild in 2014. With their primary predator, the sunflower star, out of the picture, they took to grazing the seafloor voraciously, mowing down kelp. In 2015, sea urchins numbers had increased 60 times from the previous year—and their population has yet to level off.

Although what happened was a confluence of many factors, ocean warming brought on by human-generated carbon emissions is certainly a significant culprit. The recent IPCC report on oceans and ice notes that marine heat waves are now happening twice as often as they were prior to 1982. The ocean is a major heat sink, absorbing more than 90 percent of excess heat generated since 1970. And kelp forests are among the marine ecosystems threatened by a potential increase in the planet’s temperature to 2ºC above pre industrial levels.

Kira Krumhansl, a biologist at Fisheries and Oceans Canada who’s studied global kelp forest cover, says that warmer temperatures are killing kelp at other locations, too. Following a 2011 heat wave, kelp in Western Australia haven’t been able to recover because warmer temperatures led tropical, kelp-grazing fish to move into the area.

Northern California’s kelp forest may face a similar fate. In the study, the authors write that continued sea urchin grazing can maintain an “alternative stable state” because the kelp can’t regrow with the current high numbers of urchins.

With the loss of kelp forests went two key California fisheries: abalone and red sea urchin. Abalone, a type of marine snail, filter feed on kelp debris and are a prized recreational catch. Divers previously supporting a $44 million dollar industry catching the mollusks. In 2018, wildlife officials banned abalone fishing to protect them from further loss after their population dropped 80 percent and won’t open the fishery again until 2021. After being outcompeted by their purple counterparts, the red sea urchin population also collapsed. These urchins are important commercially, since their gonads are used as uni in sushi.

Purple sea urchins are small and lean, and can’t easily replace red sea urchins for harvesting. One company, Urchinomics, is planning to collect purple sea urchins from the barrens, fatten them up in tanks, and then market their meat. The operation might be one way to reduce their numbers.Officials may also have to reseed kelp in the future for them to recover, according to a recovery plan prepared by the Greater Farallones National Marine Sanctuary and the California Department of Fish & Wildlife.

But with another marine heat wave coming on right now, and more to come in the future, Krumhansl says the long-term solution is to curb global warming. “The most important thing we can do to help kelp forests is to act quickly to slow greenhouse gas emissions.”

Losing kelp forests is not unlike losing trees on land. The algae provides similar benefits as trees do, including carbon sequestration. The biggest difference, perhaps, is that the kelp beds are less visible. “I think we have to do everything we can to try to help restore this ecosystem,” says Koe. “If 90 percent of redwoods disappeared overnight, people would be freaking out.”