The Ministry of Defence has conducted long-range tests. 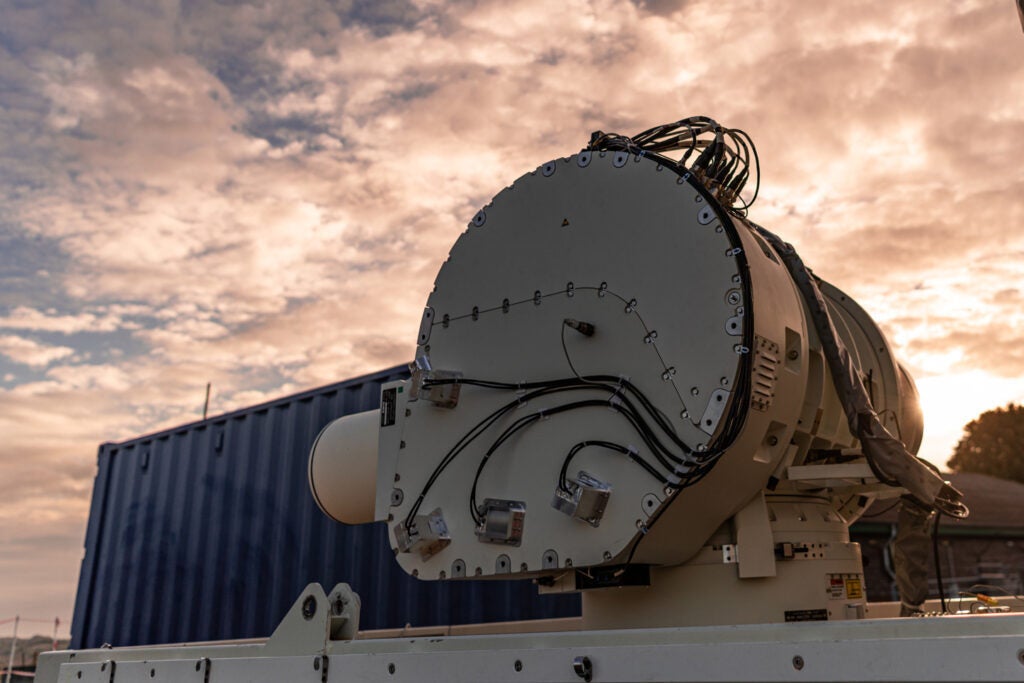 At a range in southern England, researchers tested a new laser, making it one step closer to military use. Developed for the Ministry of Defence, DragonFire is intended to be a long-range answer to incoming threats, a way to defeat projectiles in mid-air through the concentrated power of intense light. On November 8, the Ministry of Defence (MOD) announced it had conducted long-range laser trials at the Porton Down site. During the live fire test, the laser hit and neutralized a small drone at a range of 2 miles.

The laser was developed for the MOD’s Defence Science and Technology Laboratory (DSTL). Like most laser weapons, it is a composite technology, a sum of multiple systems put together into one more functional package. This included controls and image processing from defense contractor MBDA, a beam directory to track and point at targets made by defense contractor Leonardo, and a 50-kilowatt laser built by QinetiQ. In the future, the plan is for this laser to be able to “scale fire-power levels,” likely letting the user increase or decrease power to match the target. That saves energy otherwise wasted on overkill, while ensuring the laser can defeat tougher targets when they exist.

“The trials involve firing the UK DragonFire demonstrator at a number of targets over a number of ranges, demanding pinpoint accuracy from the beam director,” DSTL said in a release. “These tests improve the UK’s understanding of how high-energy lasers and their associated technologies can operate over distance and defeat representative targets.”

To develop the laser, the Ministry of Defence and industry have spent “around £100 million,” or roughly $118 million dollars. Laser weapons are heavily front-loaded on cost, with the research and development expense in the name of creating a weapon that can destroy targets cheaply, relative to using high-caliber bullets, rockets, or missiles instead.

“Laser directed energy weapons have the potential to provide lower cost lethality, reduced logistical burden and increased effectiveness when compared to other weapon systems – the technology could have a huge effect on the future of defence operations,” said DSTL in the release.

[Related: What it’s like to fire Raytheon’s powerful anti-drone laser]

Laser weapons work by combining and focusing powerful light, and then holding that light steady on a target until the heat of the laser can damage it. The effectiveness of the laser depends on a host of factors, from the amount of power going in, to how well the tracking system can keep the laser focused on the same part of an object. Even the location of where a laser is focused on a drone can change the speed at which it is disabled: a laser aimed at plastic casing and circuits will disable a drone much faster than a laser aimed at igniting a battery.

That means simply developing a powerful laser is not enough to ensure a quick takedown of a drone, or a missile, or other threats like mortar rounds and rocket fire. The sensors and automated tracking systems that go into laser weapons are important for reducing the amount of time a laser needs to fire per target. On the range, a laser can focus on one object without distraction, but in a realistic combat scenario, a laser may have a few seconds to disable a projectile before moving onto another.

The Ministry of Defence has been looking to develop a laser weapon since at least 2015. One of the durable challenges of making a laser weapon is that the beam’s effectiveness can be diminished by particulates in the air, from smoke or dust or even moisture like fog and rain. The 2015 request stated that the goal was for a laser which can “detect, acquire and track targets at range and in varying weather conditions, with sufficient precision.”

Some of those conditions, like billowing dust or thick fog, are also obstacles to drone flight and sensors. But with laser weapons also taking an anti-projectile role, an inability to stop attacks in bad weather could turn a gloomy day into a grim one in combat.

DragonFire has been in the works since at least 2017, as a way to defeat and disable aerial targets, like drones. Drones are an ideal target, in part because they fly slow enough for lasers to track, and because there is no onboard pilot that a laser can blind. Laser weapon use against people is governed by the Protocol on Blinding Laser Weapons, part of the Geneva Conventions on Certain Conventional Weapons, which entered into force in 1998. Both the United States and the United Kingdom are among the treaty’s 109 signatories, agreeing to not use lasers specifically to blind people in war.

That makes DragonFire, like other laser weapons, a modern solution to a modern threat. It’s a way to stop flying robots and uncrewed enemies, protecting humans from inanimate attackers.