That new car smell? It’s got a gassy explanation.

Plus, watch a video of a Nissan engineer smelling things. 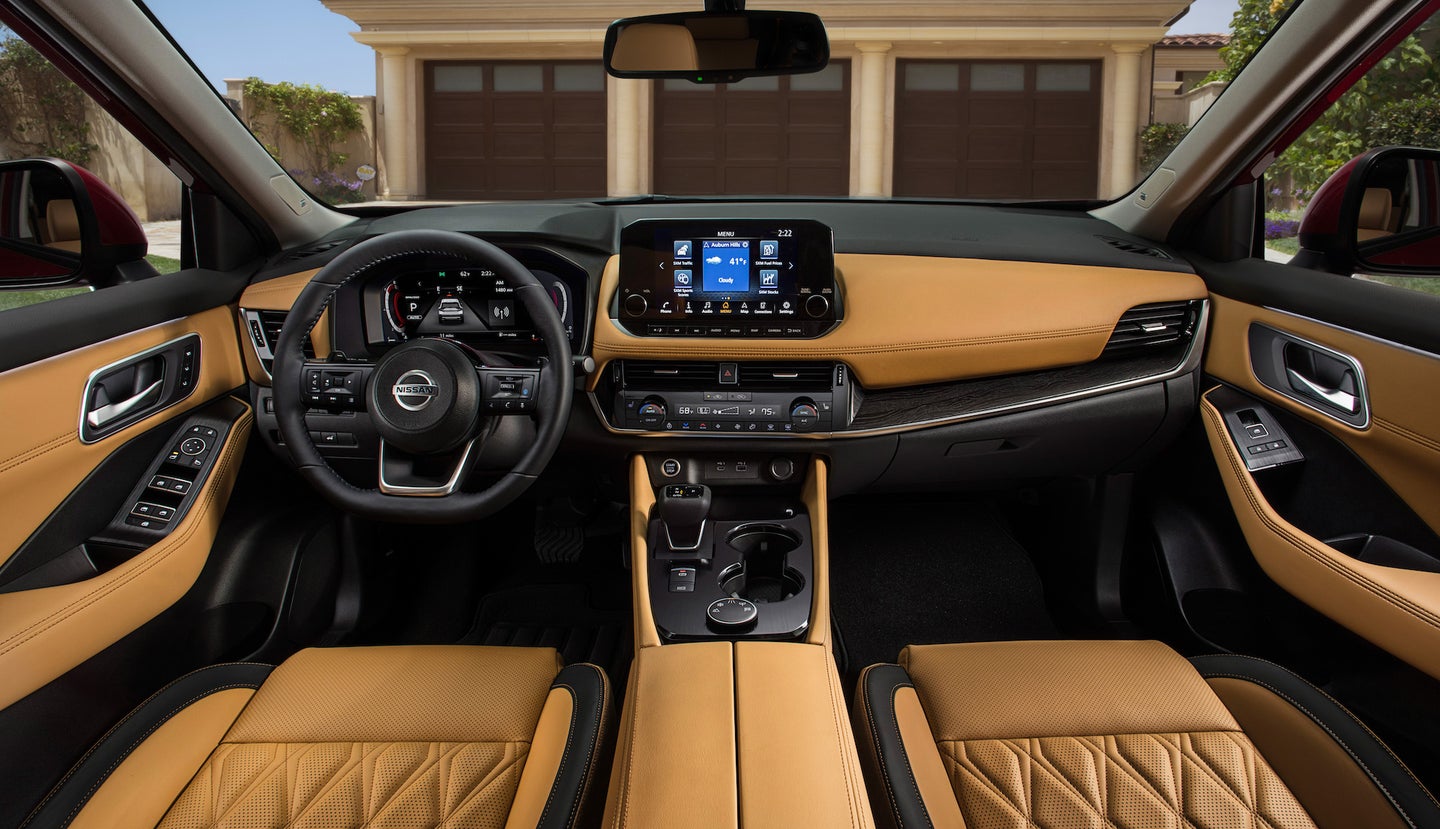 There’s nothing in the world like that new car smell. The instantly recognizable, charming scent that drivers and passengers alike can only find inside the cabin of a brand-new automobile.

But that aroma doesn’t happen by chance. During the research and development phase of building a new car, a great deal of work goes into ensuring that the first scent a customer detects when climbing into the driver’s seat isn’t something bothersome or overwhelming. And that means hiring a team of trained noses to sniff out anything offensive.

In a newly released video by Nissan, the automaker shows just how serious it takes getting smells right. Peter Karl Eastland, the odor evaluation lead engineer at Nissan’s technical center in Europe, is one of the scientists tasked to make sure the automaker’s Qashqai crossover meets its stringent smell requirements.

The video shows Eastland taking small pieces of material, placing them inside of a lidded graduated cylinder, and wafting up a plume of scent to sample any odors that might be emitted. Likewise, he uses his nose to sample assembled parts inside of the vehicle to make sure that no single part is too overwhelming on the senses.

While consumers typically don’t make it a habit to put their nostrils on their car’s dashboard, it’s actually the job of someone like Eastland to do just that. Smelling the various surfaces of new cars to ensure no foul smells exist is extremely important, and it’s perhaps one of the most overlooked parts of the car building process. As cars become quieter, the lull of a hushed cabin means that the ears aren’t listening to every bump in the road or shift in engine RPM. That puts a greater focus on senses other than hearing while driving, which means that the scientists of today have the important job of ensuring that every new car on a dealer lot has that all-too-familiar scent of neutral freshness.

What exactly is that new car smell, anyway? The aroma itself is hard to describe and is often associated with the scent of seat material or some other surface. But that’s only part of the complete puzzle.

The scent picked up when sitting in a pristine car cabin for the first time is the result of outgassing. When a vehicle part is manufactured, some of the materials used to make it become dissolved, absorbed, or otherwise trapped in the final product. These embedded materials will eventually begin to release back into the air through sublimation and evaporation. As the parts are installed inside of vehicles, the smells emitted along with the gasses become confined in the vehicle’s interior, resulting in that new car smell.

Even though these scientists are smelling every little strip of leather and piece of plastic that will end up inside of a new car, there’s actually no one single material that is solely responsible for the scent. The seats, dashboard, arm rests, door panels, plastic fascias, headliner, and other surfaces can all play a part due to the material choice and manufacturing procedure. The different leathers, vinyls, plastic, and cloth materials can vary based on variables such as dyes and treatments used for colors, or even the adhesives used for assembly. And since different cars are made of different materials, no two car models are likely to smell exactly the same despite the new car smell seeming so familiar.

It gets even more complicated when real-world elements, such as heat, are introduced.

When a person enters a hot car, the smell might be more intense, as the outgassing process is sped up by the heat caused by the rays of the sun beating on the vehicle. This is why the teams behind smell testing at some car makers (like Audi) also artificially heat up individual materials as if they were inside of a hot car, all to make sure that one particular item doesn’t give off an offensive or overwhelming smell when warm.

One of the final sniff tests happens when the car is fully assembled. The scents from all of the different materials blend together and dance around the tester’s olfactory receptors to form the unique new car smell. And that too is subjected to heat to make sure that the outgassing process doesn’t bring out anything overwhelming.

Ultimately,  automakers understand that smell is a preference that varies between people and even cultures. That’s why the goal isn’t to make something smell fruity or musky, or even clean, but rather as neutral as possible. In fact, some manufacturers like Ford have actually patented ways to eliminate new car smell altogether.

As a new car begins to lose the fresh-off-the-lot smell, owners may be tempted to pick up an air freshener that promises to replicate the unique scent. It won’t be the same, as the smell of materials stabilizing is carefully curated by the scientists at the automaker’s laboratory.