New forms of digital ordering—and the remodeling of an older idea—are changing the pandemic dining experience. 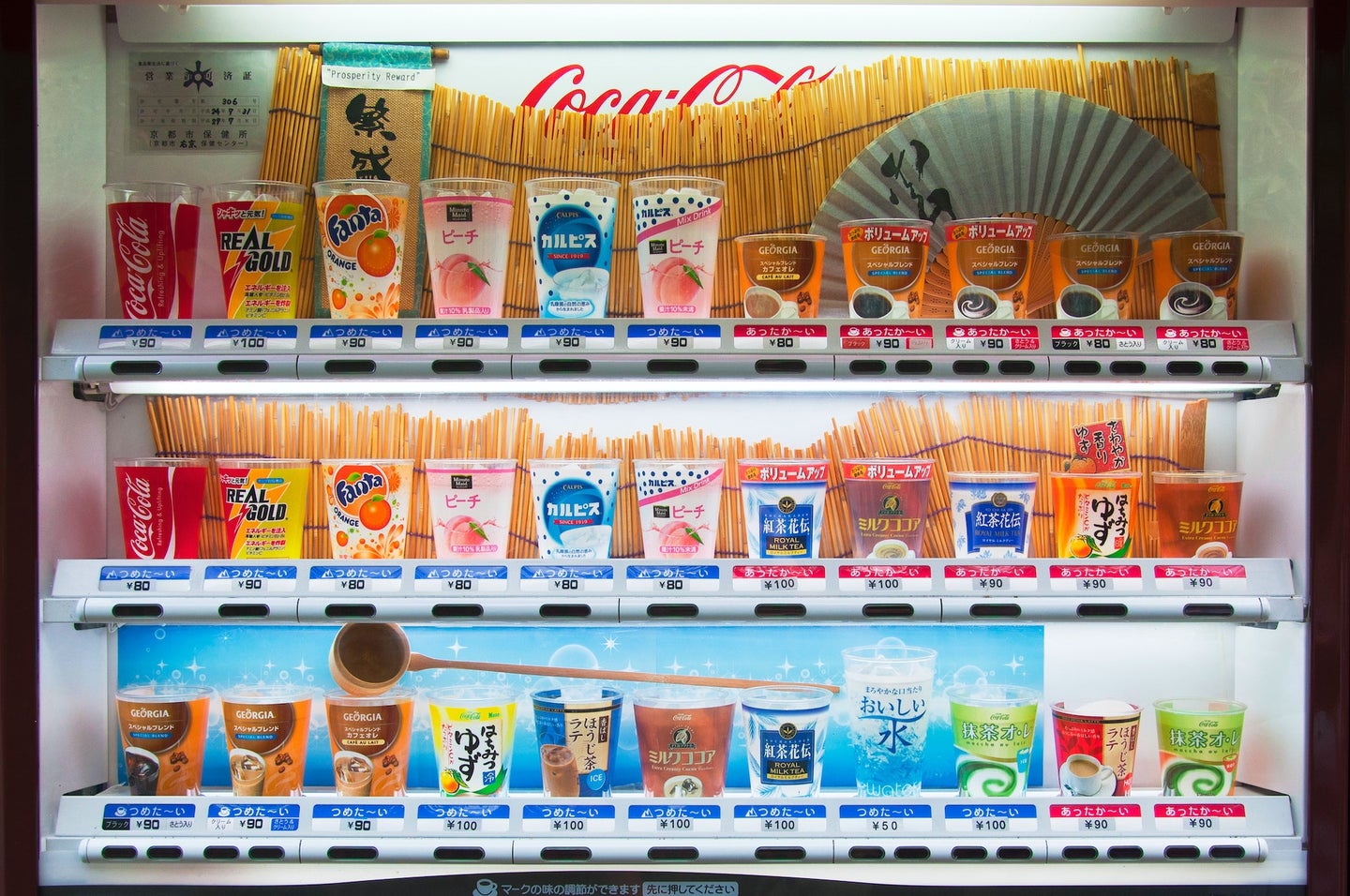 We’re used to grabbings sodas from vending machines, but what about steaks? Imagine if a vending machine could deliver fresh produce and other food the way that a conventional grocery store or bodega does. That way, you could quickly grab the one specific item you need without going indoors or interacting with other people during the pandemic.

More businesses have become open to the idea, and fresh food vending machines are getting a boost as pandemic protection measures push for a minimization of nonessential human interaction.

Industries that require high amounts of human-to-human contact, like food service and restaurants, have been considering ways to keep their businesses running while accommodating customer comfort. Even as cities start to re-open, some restaurants have continued to digitize whatever they can. QR codes have overtaken physical menus. And in April, Taco Bell opened a fully digital restaurant in NYC’s Times Square, stocked with self-service kiosks and pickup cubbies.

An industry report released by the National Restaurant Association in August found that most consumers want to see restaurants use technology to improve ordering, paying, and customer service; provide more pickup and delivery options as well as information on where they sourced a dish from and the nutritional value of the food.

Here’s how some restaurants and food providers have adapted during the pandemic—in new ways, or through the rediscovery of old ones.

“People didn’t want to shop in crowded places anymore,” Svea Marx, a German butcher who installed contactless vending machines for steaks, sausages, and salami during the pandemic, told Bloomberg Businessweek. The instant meat machines allow customers to shop for fresh cuts without coming indoors or in contact with other people; they cost around $10,000-$18,000 each.

A German company called Stüwer makes the “Regiomat” machines that Marx uses. Regiomats are basically refrigerated cabinets that can hold a variety of produce like dairy, vegetable, and even cosmetics. The first version of it dates to 2007. Sales for these fresh product vending machines grew steadily since its launch, but took off with the pandemic, Adrian Ott, Stüwer’s marketing manager, told Bloomberg.

The majority of Regiomats are deployed in rural areas like Woltersdorf, where Marx’s business is, but they are also being placed in cities, and local farmers have used them to sell produce to city residents. The company has reportedly installed around 5,000 machines in Germany, and has sold about 1,000 more to other countries including to the US.

The return of the Automat in the US

In a true example of innovation coming full circle, many know that the Automat—a type of vending machine fast food restaurant—is not a new idea. Joe Horn and Frank Hardart opened a chain of Automat restaurants in New York City around the mid-1900s that served fresh pastries, pies, doughnuts, cakes, soups, and salads. These dishes were placed behind wall-to-wall glass door cubbies that could be opened with a coin, like a vending machine. Though these automats closed in 1971 due to declining profits and dwindling food quality, the idea of the automat has recently been revived in the tri-state area by the Brooklyn Dumpling Shop and Jersey City’s Automat Kitchen in hopes of providing fast, high-quality food service at a safe distance.

It hasn’t been a steady transition for fresh food vending machines. An inspector from the New York City Department of Health and Mental Hygiene temporarily shut down 55 vending machines from Farmer’s Fridge in 2018, The New York Times reported. These machines had offered jars of salad greens, Thai noodles, falafel bowls, and yogurt parfaits. After a month of debate, the department came up with a new set of regulations that would evaluate the safety of these fresh food vending machines in the same way that it evaluates standard restaurants.

Despite a few hiccups, these vending machines have become especially popular mainstays in grocery stores and hospital cafeterias, where open food bars have been removed as a safety precaution.

“Given Silicon Valley’s enthusiasm for burger robots and (failed) robotic pizza delivery vans, it was inevitable that tech companies would turn their attention to the vending machine,” Jon Kauffman wrote in the Los Angeles Times in 2020. “If bistros were shifting toward counter service to cut down on servers, would diners be more open to the restaurant in a box?”

Small US shops have tried to make vending machines trendy, even pre-pandemic

Vending machine culture has always existed on the fringe of the American dining experience, reserved mainly for snacks and beverages between meals. It never grew to be as big and mainstream as it is in a place such as Japan. In that country, all manners of vending machines can be found in both expected and surprising locations. They can greet late-night commuters with their warm glow on train platforms, instantly dispensing hot cans of coffee and tea. They can offer a range of hot to cold treats, from ice cream, to snacks, alcohol, steamed rice, fresh eggs, and even hot ramen soup.

Japan has been in the forefront of automating its food and restaurant industry. In 24-hour food shops, robotic assistants and kiosks have accompanied human chefs in serving warm meals to hungry late-night customers.

“Using robots makes a lot of sense in a country like Japan, where it’s hard to find employees,” H.I.S. CEO Hideo Sawada told the Atlantic in 2018, referring to the fact that the country had a booming economy, a shrinking population, and an unemployment rate of 2.8 percent. While there’s a high upfront cost for purchasing new tech, Sawada says that “you can work them 24 hours a day, and they don’t need vacation; eventually it’s more cost-efficient to use the robot.”

Technologies made popular elsewhere like self-service touch screens and vending machines slowly made their way into US shops. Sprinkles’ cupcake ATMs are a well-loved example. Vending machines have also been rolled out across the country for cocktails, wine, coffee, burritos, baguettes, fresh pasta, and champagne.

SFGate reported in 2018 that a gourmet vending machine called Yo-Kai Express could take your order through a touch screen and assemble your hot ramen soup in less than one minute. Its makers emphasize that the machine-made meal is not a replacement for a full sit-down experience at a restaurant with a human chef preparing the dish in real-time. But it serves as an upgraded option from tapering selection of processed junk food that would normally still be available after hours.

“In the United States, usually after 9 pm or 10 pm most of the gourmet restaurants are closed,” Yo-Kai’s CEO Andy Lin told SFGate. “So we wanted to find out how conveniently we can still get gourmet food. We don’t want to make fast food good, we want to make good food fast.”

Mobile apps, kiosks and chatbots are predicted to revolutionize the guest experience and automate restaurant operations, according to a 2020 report in Electronic Markets. But the development of these new machines is still in its early stage. And as the restaurant industry is historically a “high-contact service sector,” there’s still work that needs to go into figuring out how automation can coexist with human roles.