How North Korea’s cruise missiles could surprise its enemies

The DPRK recently tested cruise missiles, which can sneak up all too easily on a target by hugging the terrain below. 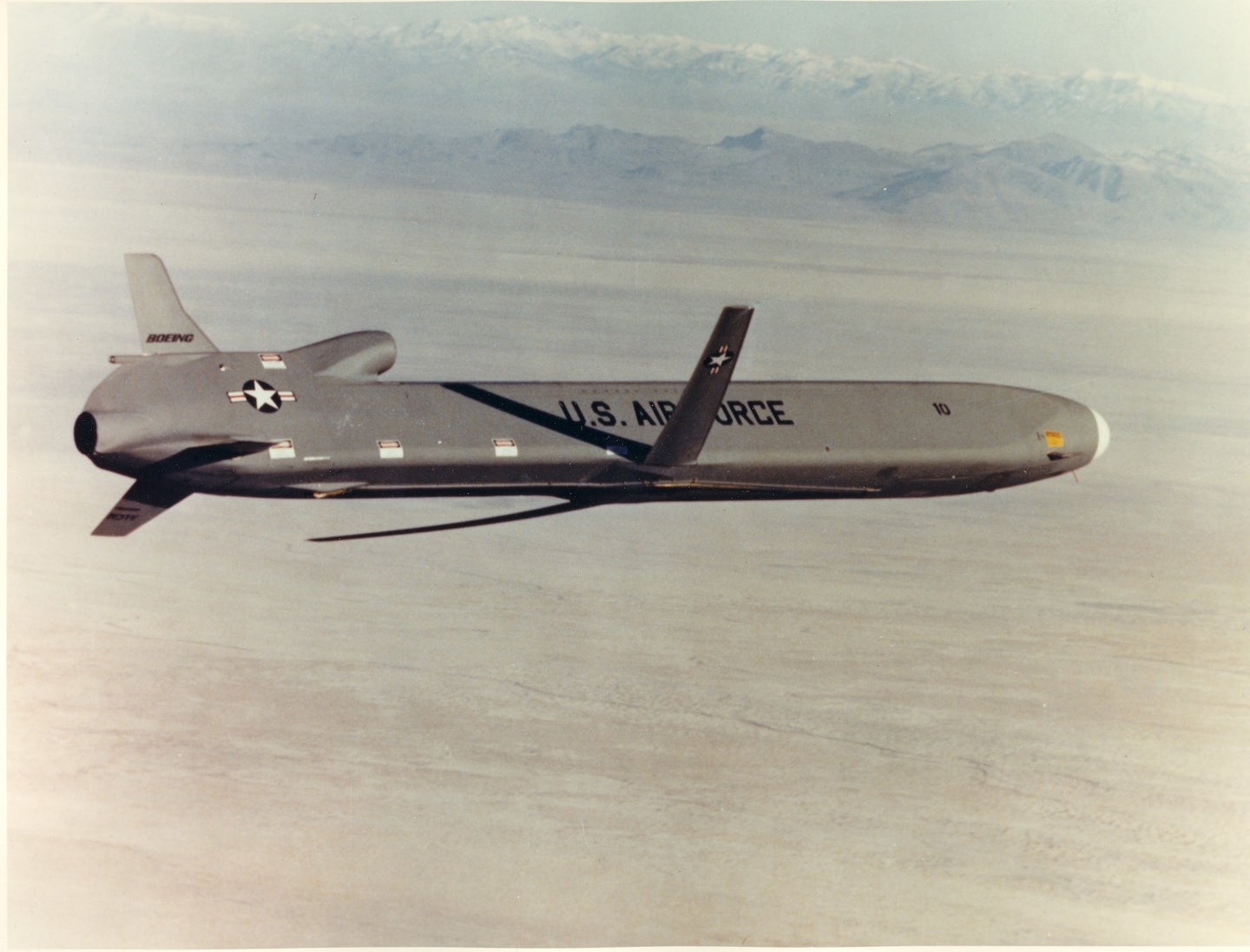 An undated photo of a US cruise missile in a test in New Mexico. Tinker Air Force Base History Office.
SHARE

In two tests over the weekend, North Korea fired cruise missiles into the sky. The missiles traveled for 126 minutes, covering a distance of 932 miles. It was a moment that caught the United States by surprise, a demonstration of a likely nuclear-capable weapon, and also the kind of technological development that many observers saw coming for decades.

The flight time, as well as footage of the truck-mounted launchers believed to fire the missiles, come from official North Korean releases. The missiles’ flight times were later confirmed by US and South Korean sensors.

Kim Jong-un, leader of North Korea, had announced that the missile was in development at a party conference earlier this year. The weapon was described as “strategic,” a word often used by countries to imply, without explicitly stating, that the weapon is designed to carry a nuclear warhead.

North Korea has built cruise missiles before, but none with the range of the weapons in their weekend test. North Korea has already built missiles that can carry a payload, nuclear or otherwise, hundreds of miles. This includes at least one model of Inter-Continental Ballistic Missile (ICBM) that can reach most of the United States, and many other missiles with ranges that can hit nearby countries, like South Korea, Japan, and US forces based in Guam  instead.

What is remarkable about cruise missiles is how much harder their specific flight patterns are to detect, track, and defend against in time.

Ballistic missiles, like those in the arsenals of the United States, Russia, and China, are incredibly fast weapons. The Minuteman ICBM, used by the United States, has a top speed of 17,500 mph. To reach their targets, these missiles fly upwards, arc into space, and then pivot down. It is a process that produces a great deal of visual evidence, even as it happens quickly.

In fact, today—three days after testing the cruise missiles—North Korea conducted a pair of ballistic missile tests. Also today, South Korea became the first nation without a nuclear weapon of its own to test its own submarine-launched ballistic missile.

But cruise missiles are different. For one, they don’t travel up into space, like an ICBM.

“Cruise missiles have some advantages over ballistic missiles — they can fly low to the terrain to evade radar detection, maneuver around defenses and employ a number of guidance strategies to achieve high accuracy,” says Jeffrey Lewis, professor at the Middlebury Institute of International Studies at Monterey. “Cruise missiles make a lot of sense for the DPRK because it plans to preempt US forces in South Korea and Japan if it believes the US is about to invade.”

Because ballistic missile launches can be seen, firing a ballistic missile creates a tense moment in which presidents or other leaders have to make hard choices about whether or not they trust the sensor readings, and if so, decide if they should respond in kind before the nuclear weapon hits. It’s a grim calculus, one that military planners and theorists have spent decades gaming out.

Cruise missiles, instead, take much longer to reach their destination, but they can arrive entirely by surprise. (And, importantly, cruise missiles lack the overall range of ICBMs; North Korea’s Hwasong-15 ICBM boasts a range of over 8000 miles.)

“Cruise missiles are slower … but the radar might never see it if the cruise missile hugs the terrain all the way in,” says Lewis.

For example, in 1987, 19-year-old amateur pilot Mathias Rust flew a rented Cessna from Helsinki to Moscow’s Red Square without being detected, a flight that led to the firing of several Soviet generals for failure to secure the capital against such an attack. He “scared the shit out of the Soviets. If he could fly all the way to Red Square, so could [a cruise missile],” Lewis adds.

Cruise missiles follow similar trajectories and flight patterns, staying low and maneuvering in course, only they replace the idealistic pilot in Rust’s plane with an explosive payload.

[Related: No one wants another H-bomb test in the Pacific]

While cruise missiles as a concept date back as early as 1918, the 1970s and 1980s saw their development as cutting edge technology, some of which are still in service today with modifications. The United States includes both Air Launched Cruise Missiles, designed to be released from bombers, and ship- or land-launched cruise missiles like the Tomahawk, in its war planning, with both types of missile capable of carrying a nuclear warhead.

The Soviet Union, then the United States’ foremost military competitor, also produced its own cruise missiles for the same purpose. Some of those were inherited by Soviet successor countries, and in 2005, Ukraine acknowledged that 12 of its cruise missiles had been transferred to Iran and China.

Cruise missile technology has circulated long enough that a host of nations have built similar weapons. What sets the new cruise missile apart is that it joins a growing North Korean arsenal.

That arsenal contains a daunting array of types of missiles, with one big important caveat: “There are more missiles on that list than fissile material in North Korea,” says Scott LaFoy, Program Manager, National Security & Intelligence at Exiger Federal Solutions. In other words, North Korea has many kinds of missiles it can use, but current estimates suggest it could, at most, outfit just 45 weapons with nuclear warheads. That’s a fraction of the 350 warheads estimated to be in China’s inventory, and it’s hardly any relative to the several thousand held by the US and by Russia.

The new cruise missile does not change the fact that North Korea is one of nine nations with nuclear weapons. It changes how those warheads could be delivered, but it does not increase the amount of warheads the country can produce, which is already quite limited. But for military planners, policy makers, and those seeking to negotiate arms control treaties, the new cruise missile is worth serious consideration.

For everyone else, it matches the overall story of North Korean weapons development: a small country, decades later, builds technologies the United States already has on hand.