Could Lasers Be The Future Of Anti-Missile Weapons? 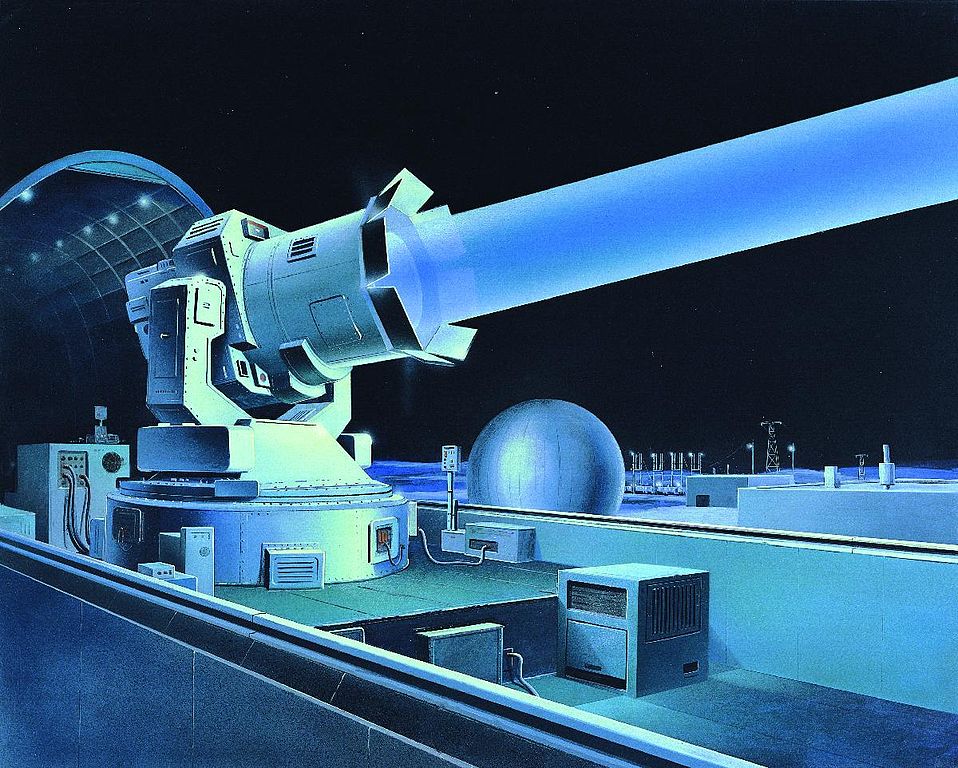 On Thursday, July 18th, Malaysian Airlines flight MH-17 was struck by a missile. The United States believes the missile was a Soviet-designed Buk, and American infrared satellites pinpoint the location of that missile’s launch to territory in Eastern Ukraine held by Russian-backed separatists. Is it possible that, while Cold War technology launched the missile, and modern technology identified where it was launched, future laser technology could shoot missiles out of the sky?

The answer is a strong and definitive maybe. Outfitting modern commercial airliners with anti-missile lasers is a much more expensive and complicated process than simply not flying over war zones, and even if current lasers work against small missiles, they can’t yet stop larger anti-air weapons. A recent op-ed in the Wall Street Journal argues that anti-projectile lasers, for weapons smaller than missiles, are feasible now. The National Defense Magazine sees a more gradual development of anti-missile lasers. Though the technology is still in labs and proving grounds, the growing field of energy weapons suggests that a future filled with protective lasers is possible.

The Current State Of Anti-Projectile Weapons

Hitting objects in mid-air is hard, and it’s expensive. American efforts in ballistic missile defense, a long-promised countermeasure to nuclear attack, are often so unsuccessful that Congress recently specified that new tests must be realistic when it authorizes funding. Even when not stopping nuclear armed intercontinental ballistic missiles, hitting a rocket with a rocket is tricky. Israel’s Iron Dome rocket defense system costs $45 million for a group of launchers and $40,000 for each counter-rocket fired. The rockets it’s designed to stop cost around $750 apiece to make. That’s $40,000 for each attempt to stop a $750 rocket, which means the system can be quite costly monetarily and in human lives if Iron Dome’s accuracy is less than explicitly promised.

Lasers could change that equation. Laser systems are expensive to develop; the U.S. Navy has already spent $40 million and counting to build a laser that would shoot down drones, and improving the laser will undoubtedly cost more. Once developed and put into use, though, lasers get very, very cheap. As designed, the Navy laser system costs about $1 a shot, making it cheaper than bullets used for the same purpose.

Because lasers are_ beams of light, _they travel faster than any other projectile weapon. Lasers are thus ideal for stopping other projectiles. In the words of Lockheed CTO Ray Johnson, “It’s game changing. Should you develop an operational weapon that operates at Mach a million, that’s game changing.” To get to that gamechanging point, lasers will need to be a lot more powerful than they currently are.

Johnson estimates that 100 kilowatt lasers will debut over the next few years, and he thinks 300kW lasers will be feasible eventually. Even at 10kW, today’s lasers show promise. Last winter, the U.S. Army’s “High Energy Laser Mobile Demonstrator” (HEL MD) used a 10kW beam to “engage” mortar rounds in midair. “Engage” is a bit of a dodgy word here that means “aimed at and hit” while not specifying “until successfully destroyed.” The Army plans to keep developing the HEL MD at 50kW and 100kW levels, with the goal of creating a laser so powerful it can damage mortar rounds, steer them of course, and maybe even blow them up. Israeli defense company Rafael is also developing a laser weapon system, and the Office of Naval Research is looking into a truck-borne version for U.S. Marines.

The fundamental challenge for laser weapons is that, unlike in science fiction where lasers fly like bullets, a laser weapon in the real world has to stay focused for a long time, burning through the target the way a child might use a magnifying glass on a beetle. For the kid, the insect is easily trapped. For the laser, it has to stay focused on a moving target while burning it. This burning need not destroy the missile completely. Instead, by targeting a stabilizing fin, the missile may simply be disabled.

There’s still considerable debate about how much laser is needed to disable what kind of missile, and whether it’s even possible for lasers to destroy missiles. A report by the Congressional Research Office found several competing claims. 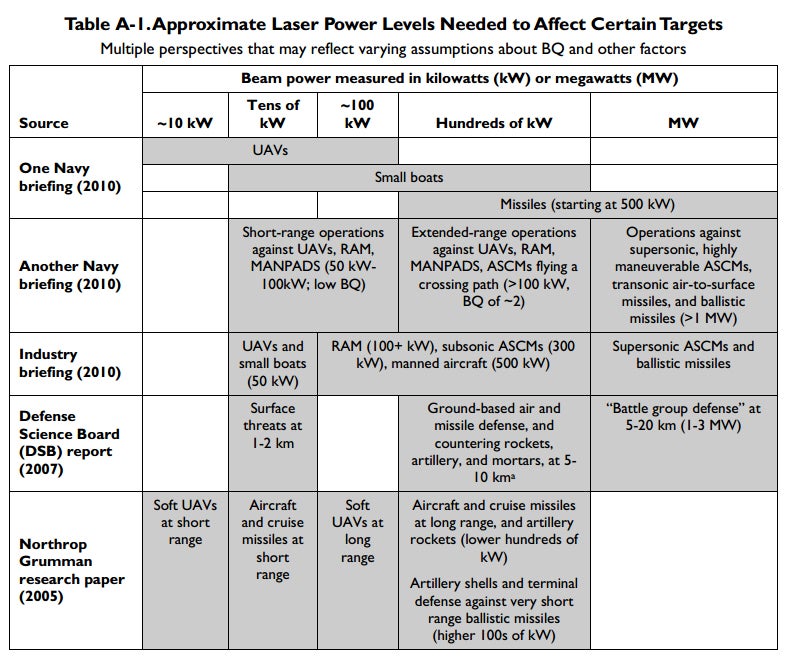 The Future Of Lasers

Because the technology is still in development, we don’t yet know how strong lasers will get, or if they’ll be able to do all that they promise. But here’s how those promises look:

From Boeing, this video demonstration of HEL MD is all about targeting and tracking flying objects with lasers:

Lockheed demonstrated a laser against a tethered rocket, and the video below shows how that laser burnt through the missile’s head, blowing it up:

The Airborne Laser Testbed was a project by Boeing and Northrop Grumman for the U.S. Missile Defense Agency, which put a giant laser on the nose of a 747. Now canceled, it was plagued by high cost and repeated failures that undermined its promise of safety through superior laser power. Here it is in action:

In this concept video, BAE puts their future laser on a concept plane, firmly placing the laser as a technology of tomorrow, with shooting down airborne missiles just one of the many new things about future aircraft.