The US military’s heat weapon is real and painful. Here’s what it does.

Plus, what to know about a sonic tool that’s referred to as “the voice of God.” 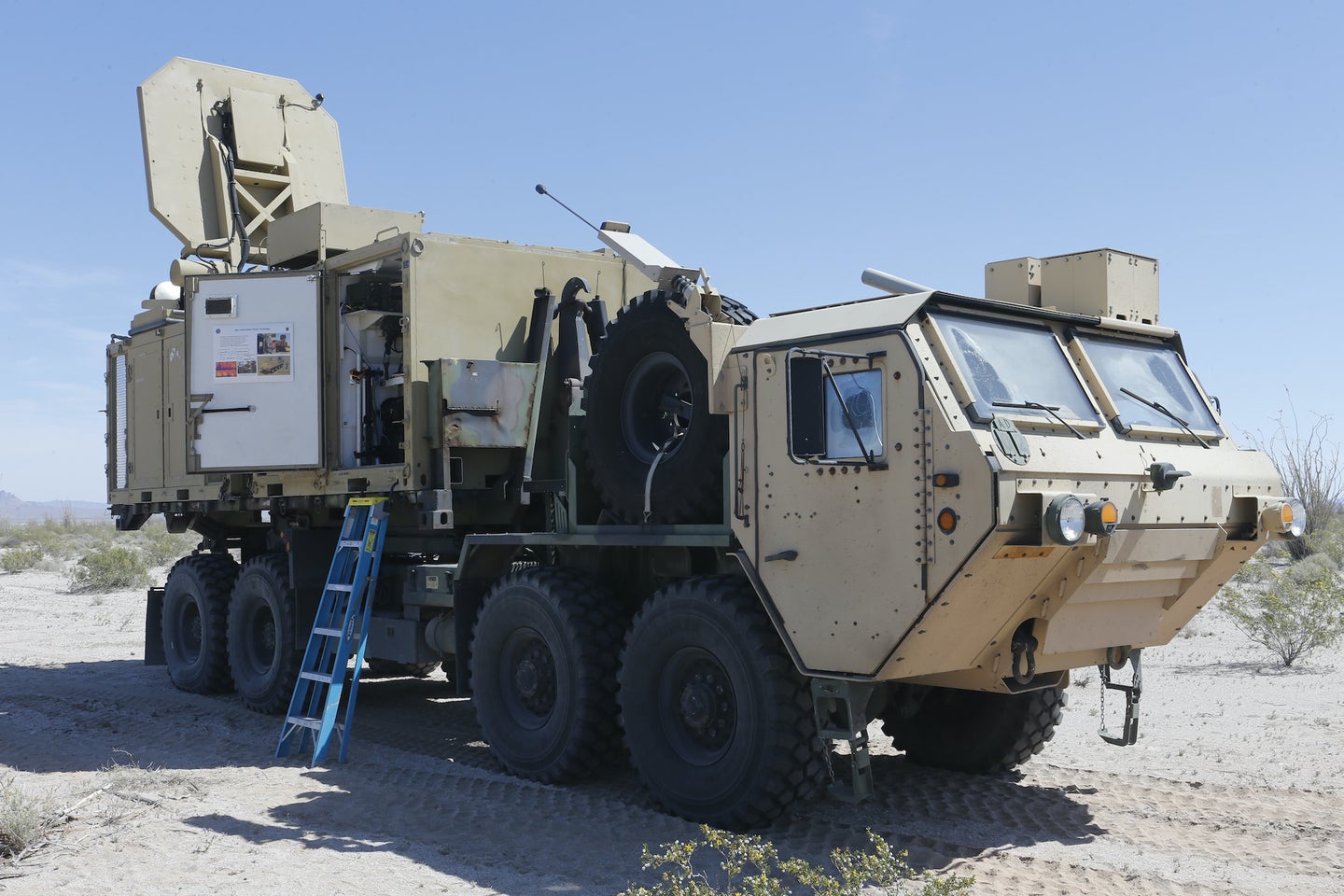 Earlier this week, an NPR report uncovered an exchange from June 1, in which a military police officer wanted to know if the D.C. National Guard owned a pain-inducing heat weapon for potentially using on protesters. He also asked about a powerful auditory communication system that’s been compared to the “voice of God.”

The weapon, the Active Denial System (ADS), is a real thing, as is the sound system, which is called a Long Range Acoustic Device (LRAD).

In documents published by NPR, a member of the National Guard recounted the email thread in which the question was asked, and stated: “I responded that the DC National Guard was not in possession of either an LRAD or an ADS.”

The fact that a controversial weapon was floated as a possible means of dealing with what the Washington Post described as “peaceful protesters” has sparked outrage, with the ACLU writing on Twitter: “REMINDER: Our government shouldn’t be conspiring to use heat rays against us for exercising our constitutional rights.”

The ADS referenced in this conversation comes from the US military, and it’s not new. To understand why such non-lethal science-fiction-type machines were developed, it helps to wind back the clock to the 1990s, says Mark Cancian, a senior advisor for the international security program at the Center for Strategic and International Studies.

“This family of capabilities grew out of the DOD’s experience in the 1990s in Bosnia and Somalia,” Cancian says. “In both instances, you have [the] military dealing with civilians, who could be violent, but weren’t really combatants.” The intention was to create new kinds of tools that were somewhere between a rifle, and close-range crowd-control gear, like shields and batons.

Cancian has experience in this field. He served in the Marines on active duty for 11 years, and also directed the Land Forces Division (a part of the Office of the Secretary of Defense) from 1995 to 2006. His office reviewed the budget and programs of an entity formerly called the Joint Non-Lethal Weapons Directorate. Today, it’s called the Joint Intermediate Force Capabilities Office.

Because of this experience in Bosnia and Somalia, he says, the Department of Defense “created this non-lethal directorate to explore a whole bunch of technologies.”

“A lot of them do relate to crowd-control,” he adds, “but there were also some anti-boat capabilities, and anti-vehicle capabilities.”

While the ADS was designed as a non-lethal weapon, the LRAD is a communications system. It came about after the 2000 attack on the USS Cole made it clear that giving the military a way to clearly speak to people from afar could be helpful, according to David Schnell, a vice president at Genasys, the company that makes it. The devices create a 30-degree beam of sound that, depending on the model, can reach as far away as 250 yards, or even more than 1,500 yards. Each branch of the military uses it as well as the National Guard; the Navy employs one on each ship, he says.

Schnell also notes that LRADs are used by civilians, like with police departments or lifeguards. The “operators’ manuals and training emphasize the responsible, safe use of these systems,” he says via email.

Cancian remembers receiving a demonstration of the LRAD in Iraq in 2007. “It was like the voice of God,” he says. In fact, he says, that’s the system’s nickname. He points out that unlike a megaphone, the sound produced by the LRAD is “a very focused beam.” The military employed it at checkpoints in that country, he says, to ensure civilians heard instructions even if they were inside a noisy car where the radio might be on, and thus hopefully didn’t get shot.

Then there’s the ADS—the heat weapon. It works, according to the Joint Intermediate Force Capabilities Office’s FAQ page on the weapon, by producing radio waves. It creates a “focused beam of millimeter waves at a frequency of 95 gigahertz”; that beam is “only physically capable of reaching a skin depth of about 1/64 of an inch.” The same page describes the process through which they tested the weapon on volunteers, as well as two burn injuries from it, one in 1999 and the other in 2007.

Cancian says that he has seen the ADS work, but has not personally experienced it. He notes that it doesn’t employ an infrared beam, but instead uses shallow, pain-producing millimeter waves. “What you are feeling is not your skin cooking, but you’re feeling a sensation of pain,” he says. “If you get out of the line of fire, you don’t have a red spot.” Those who have experienced it comment that “it feels like your skin is on fire,” he says.

It’s unclear if the system has ever been used operationally—Cancian says he doesn’t know, although it reportedly has not. Jamal Beck, a public affairs spokesman for Joint Intermediate Force Capabilities Office in Quantico, Virginia, notes by email to Popular Science that “two residual prototype systems” of the ADS exist but that they are “not fielded to the Marine Corps or in the Marine Corps’ inventory.” Reports in Wired from 2012 (in which a reporter experienced getting zapped by it) and 2010 state that even if it was sent to Afghanistan, it wasn’t used there.

Ultimately, a weapon like the ADS sits outside of the realm of norms that surround more conventional weapons, says Philipp Bleek, an associate professor at the Middlebury Institute of International Studies at Monterey. “There’s something about exposing people to the feeling of being burned—intensely burned—that I think is instinctively horrifying to people,” he says.

This article has been updated for accuracy and to provide more information on the LRAD.