This space-based weapon remains in the dark—for now

The US was reportedly going to reveal the existence of a weapon in orbit. Here's why that's a bad idea. 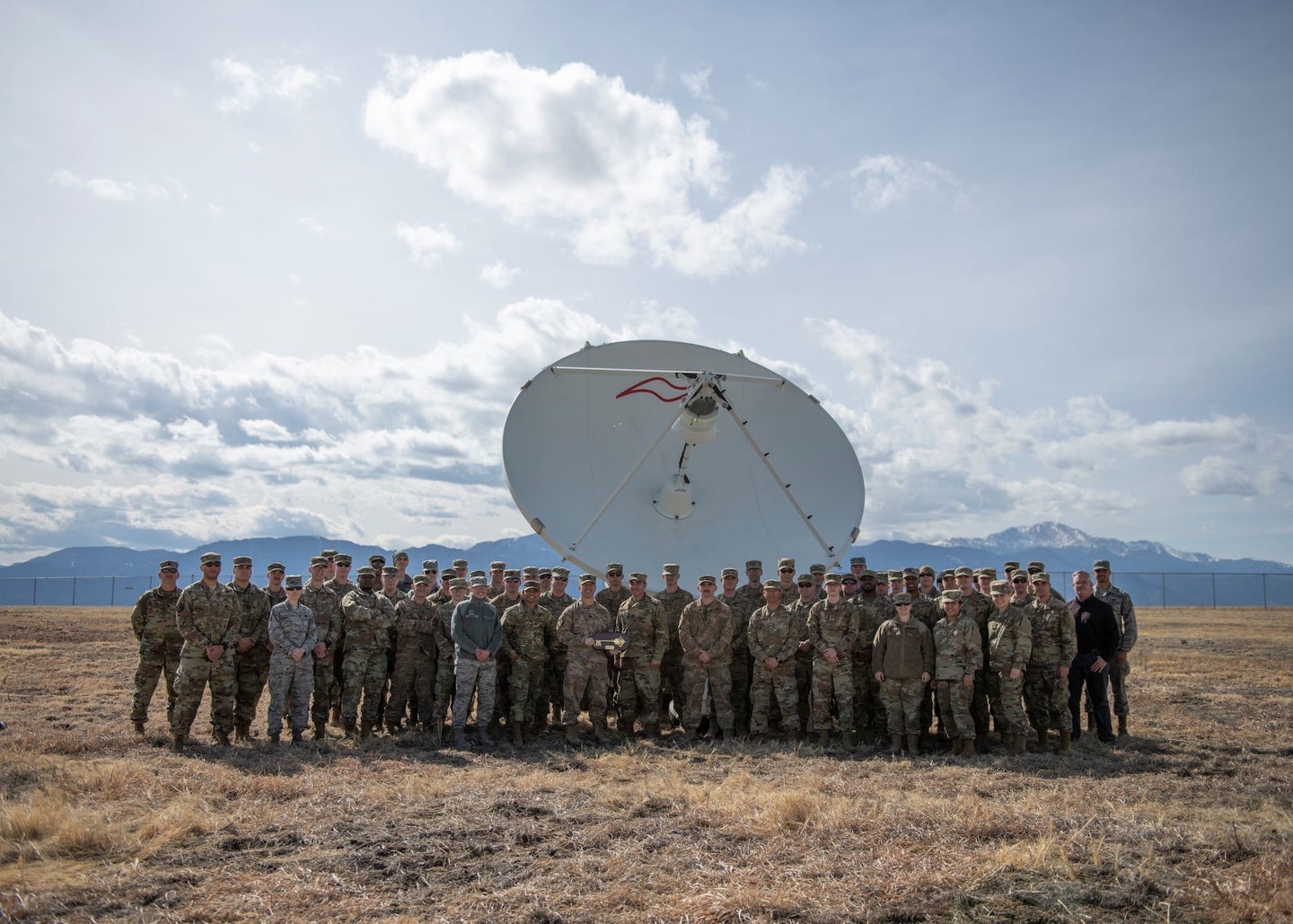 Space can only keep so many secrets. And, if everything had gone as planned for General John Hyten, vice-chairman of the Joint Chiefs of Staff, this week space would have contained one fewer secret, with the unveiling of a space weapon already in orbit. As reported by Breaking Defense, Hyten had hoped to use the 2021 Space Symposium conference to declassify a secret space weapon program.

The reveal, reportedly planned originally for last year’s Space Symposium until that was canceled for pandemic reasons, was delayed this time because of the abrupt end of coordinated fighting against the Taliban.

The weapon was originally supposed to be declassified as the culmination of the Space Force’s launch: not only did the Pentagon have a new branch, but it had weapons in orbit, too. With the timing now delayed a second time, three big, ominous questions remain: Why would the military want an anti-satellite weapon, why put it in orbit, and what are the dangers of such a weapon?

Why an anti-satellite weapon?

The first human-made objects to pass the Kármán Line (100 km above the ground) and make it into space were military V-2 rockets. This start of human activity in space, and especially in orbit, began as a military enterprise. Inter-continental ballistic missiles, the descendants of those earlier V-2s, are designed to carry thermonuclear payloads into space before crashing back to Earth with catastrophic effect.

Satellites are the other major military tool in space. Parked in orbit, satellites carry sensors and transmit information to human attendants on the ground. In 1960, the US put a satellite into orbit with a camera, which would eject film canisters full of sensitive information to Earth below. That same year, the US launched a satellite with a covert mission to track radar signals from the USSR. The USSR shortly followed suit. This satellite race stayed focused on surveillance, with both superpowers using objects in orbit to keep an eye on militaries below.

For decades, this has remained a tenuous line: nations build and move weapons below, and put sensors in orbit to provide early warning of everything from ground invasion to nuclear launches.

This reliance on sensors in orbit carries with it vulnerability. A nation’s ability to perceive an attack in real time could be destroyed, if the satellite tracking those movements was also incapacitated or outright eliminated. Several nations have demonstrated an ability to destroy satellites with missiles fired from the ground. Other Earth-based tools, like anti-satellite jammers, count more broadly as weapons.

There’s a pretty good reason a military might want to hide a weapon in a satellite: it can already be in place when it needs to attack.

Some satellites generally like this already exist. China’s Shijan-17 is an inspector robot, which can move in orbit to repair and change the paths of other satellites. A future tool developed for debris removal, in the form of a robot tentacle arm, could also be used to lash out at and harm other satellites.

What are the dangers?

There is a real danger in placing weapons in orbit, especially if other nations know about them. At present, orbit serves every nation with satellites by allowing those satellites to observe the Earth below unencumbered. If every satellite was instead a potential weapon, it might lead nations to attack each other’s satellites, for fear of losing any assets already placed in space.

Violence in orbit risks a cascading series of harm. Broken satellites produce orbital debris, which can accelerate and punch through other satellites with a force much greater than that of a bullet. If debris from one destroyed satellite breaks another satellite, the risk to every other object in space goes up exponentially, as the debris cloud grows and further satellites crumble, ultimately rendering the once-useful part of space into a scorched orbit.

This has implications not just for space war. It also makes it harder for nations to understand and anticipate nuclear attacks. If nations decide that satellites are fair game for military attacks, it will likely benefit whoever attacks first, even as it risks nuclear miscalculation below. Revealing a weapon in orbit declares to every other nation not just that a country thinks satellites are fair targets, but that an offensive war against satellites could be winnable.

Whatever space weapon the United States has that Hyten is eager to reveal, teasing it without coming clean about the weapon is likely the worst of both worlds. If the weapon had remained secret, it would only change the strategic calculations of other countries that could discover its existence. If it was public, then it could possibly have a deterrent effect against other space weapons, as nations have a direct threat of retaliation to worry about. By having the weapon half-public and half-private, it is hard for nations to adjust their response based on reality, which is a recipe for error and potentially tragedy.