DARPA has dubbed it "system of systems", but a better name would be "fighter jets command robot swarms" 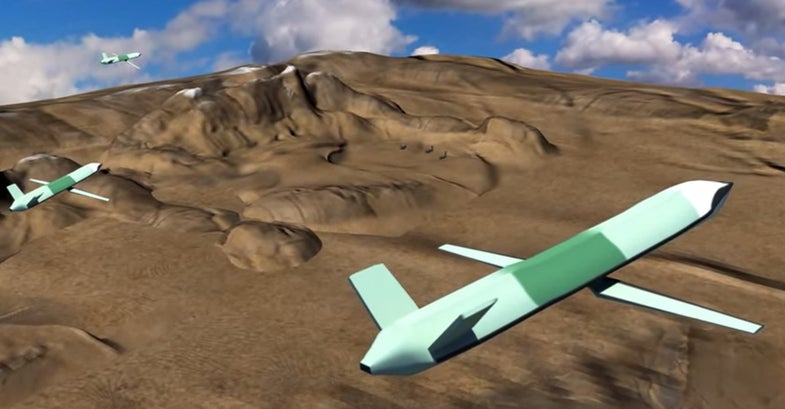 For an organization at the heart of the future of war, DARPA can sometimes really undersell what it’s making. Late last night, the agency released a video about drone and missile swarms, full of intelligent war machines working together to outwit, defeat, and destroy enemies. They titled this concept a “system of systems,” which only makes sense in deepest Pentagonese.

In the video, the “system of systems” starts with a fighter jet. With “Marines” painted on the side, it’s clearly patterned after an F-35, though because the concept is about “systems” and not tied to specific gear, it could be another future fighter jet. The fighter clears a path through enemy defenses. Behind it comes a “mission truck,” stylized after a C-130 transport plane. “Truck” is an apt description, because what this plane does is less akin to fighting and more like delivery. Inside, it contains air-launched cruise missiles and a bunch of drones. The drones and missiles carried by this plane are designed to be cheap and easily replaceable, so that instead of upgrading to a new plane, the military can just swap in better weapons. 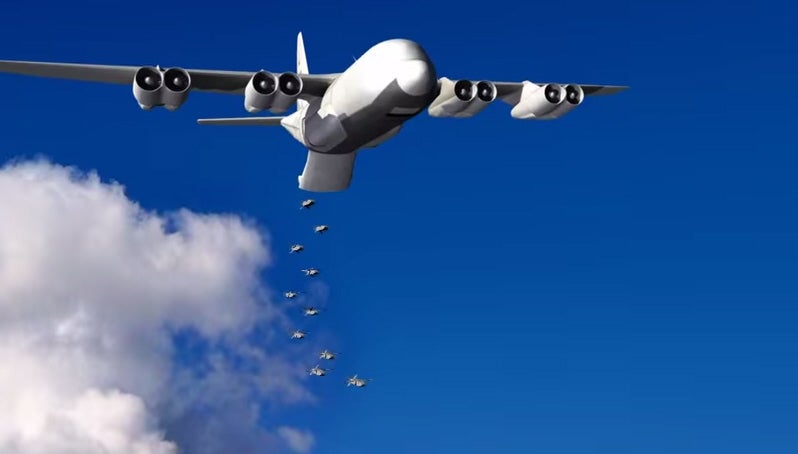 As the fighter and transport plane approach a battery of anti-air missiles, the plane launches drones, and the fighter directs the drones to the enemy. The drones use passive sensors to locate the enemy radar, then actively jam the radar signals before feeding information back to the fighter’s computers. The fighter creates a “targeting solution” for “weapons engagement.” (That’s Pentagonese for “aims, then shoots.”) To keep the human involved, the pilot sees the images of the target and makes the decision to fire, then relays targeting information to the transport plane, which launches cruise missiles at the coordinates provided. The cruise missile swarm is expected to collide with enemy anti-air missiles mid-flight, so that rather than reaching their intended target (the fighter jet), they’re exploded on cheap missiles instead.

This is a very early stage of design. DARPA is working with contractors to further develop the concept. If successful, it means that in future wars, human aircraft will work with smart weapons and drones to outfight strong enemy defenses, while protecting human-containing vehicles.

Watch the video, complete with almost robotic narration, below: