These autonomous swarms can make decisions on how and when to repair themselves. 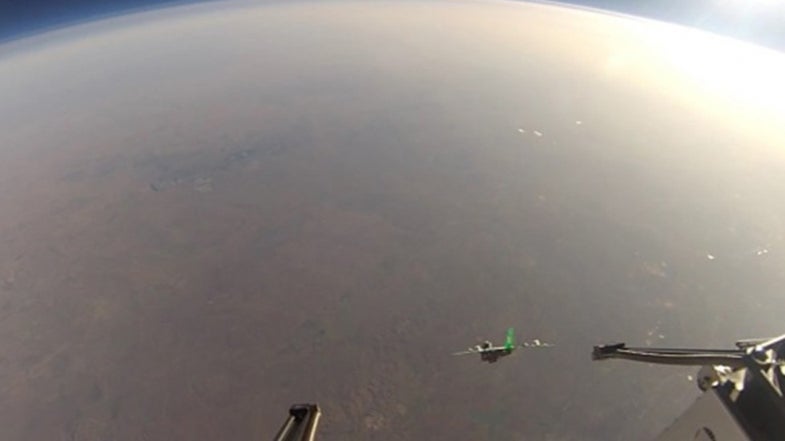 Released by high-altitude balloons, these shoebox-sized, flying-wing drones glide for a 60-plus miles while collecting and eavesdropping on enemy signatures. Yang Yanchu, China Academy of Sciences
SHARE 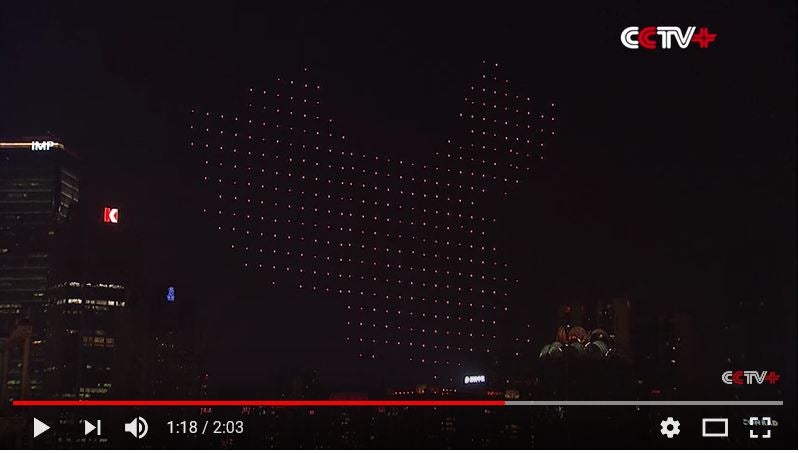 Ehang’s thousand-strong quadcopter swarm acted as a giant airborne LED screen to display images, like this picture of China.

At the close of the Global Fortune Forum in Guangzhou on Dec. 7, the event’s hosts set a world record for the largest drone swarm ever deployed. For 9 minutes, 1,180 drones danced and blinked out an aerial show. It was cool. It was also an interesting look into the potential future of aviation.

According to an executive at Ehang UAVs, which provided the swarm, each drone cost $1,500, which is pretty darn cheap considering their capabilities. Take, for instance, the datalink and software used. It lets more than 1,000 flying robots coordinate autonomously and synchronize movements, with a flight deviancy of a mere 2 centimeters horizontally and 1 centimeter vertically. If something goes wrong and a drone can’t reach its programmed position, it automatically lands.

In the show last month, these machines created striking formations of China, a kapok tree flower, and a ship. They also showed off a lot of potential for the military and security sectors. The fact that the drones can move autonomously, landing if they don’t fulfill their directive, is particularly intriguing. Ehang is essentially boasting that its swarms can make decisions on how to repair itself, as well as improvise operational functionality. 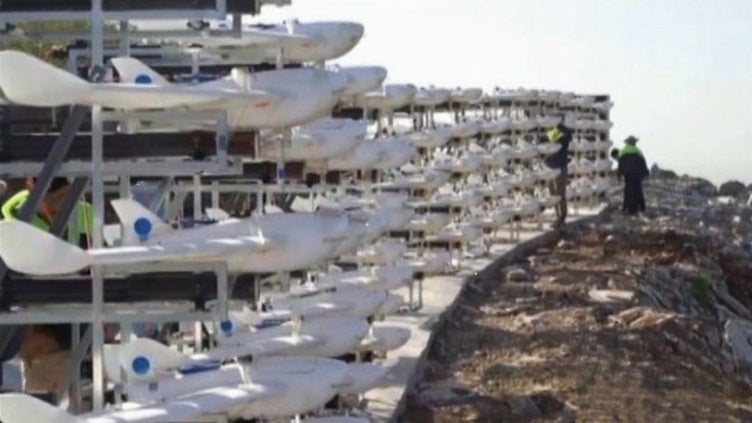 This June 2017 swarm of 117 drones set the world record for the most fixed-wing drones in a single swarm.

This is just the latest drone development to come out of China. At Zhuhai 2016, the China Electronics Technology Group Corporation (CETC) and Tsinghua University released a video of a swarm zooming in improvised, network-generated flight patterns. Though the CETC-Tsinghua drone swarm was unarmed, a CGI sequence showed the drones hunting an enemy missile launcher in urban area, and then dive-bombing into the missile launcher, destroying it. CETC followed up by launching a swarm of 117 drones in June 2017 (pictured above). 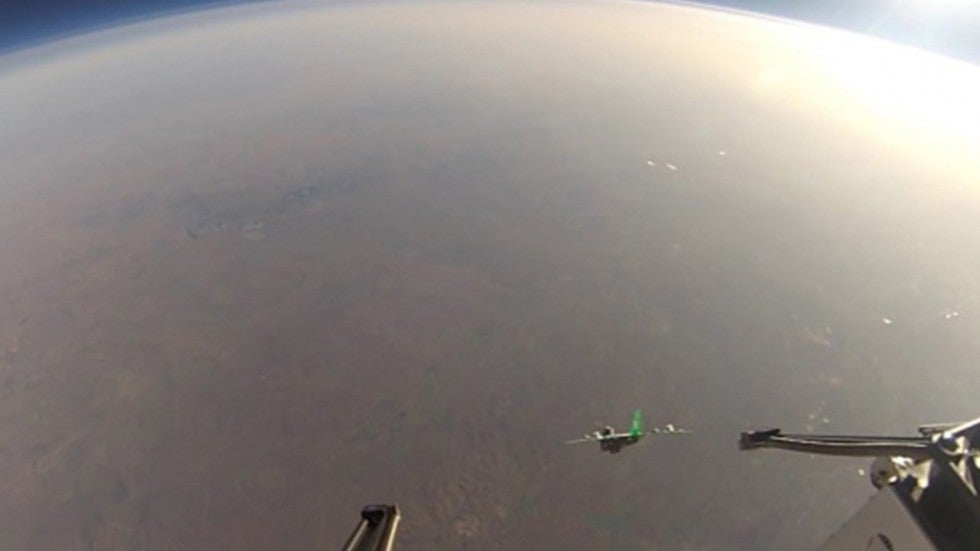 Released by high-altitude balloons, these shoebox-sized, flying-wing drones glide for a 60-plus miles while collecting and eavesdropping on enemy signatures.

China also is looking at taking its drone swarms into near space, alongside a planned arsenal of anti-stealth drones, hypersonic spy planes and high-altitude airships. In fall 2017, the Chinese Academy of Sciences used high-altitude balloons to release two shoebox-sized, flying-wing drones that flew downward from a height of 15 miles, and flew a distance of more than 60 miles. Those high-altitude micro UAVs have passive sensors for detecting electromagnetic activity and can map terrain. Similarly to the Perdix system drone swarm showed off by the Pentagon’s Strategic Capabilities Office, the Chinese Academy of Science’s flock could be released by fighters, bombers, and other drones.