China’s Marine Corps is getting bigger and stronger 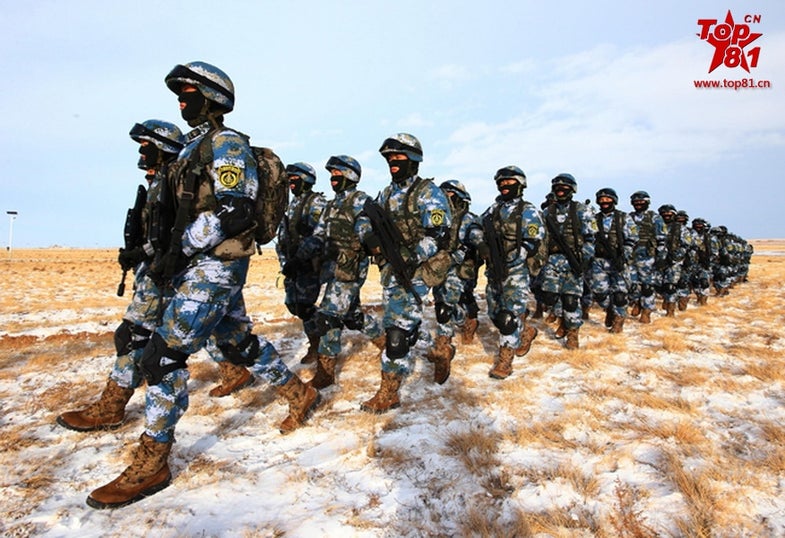 The People’s Liberation Army Navy Marine Corps is in the midst of a massive reorganization and build out that will greatly enhance China’s ability to project power abroad. 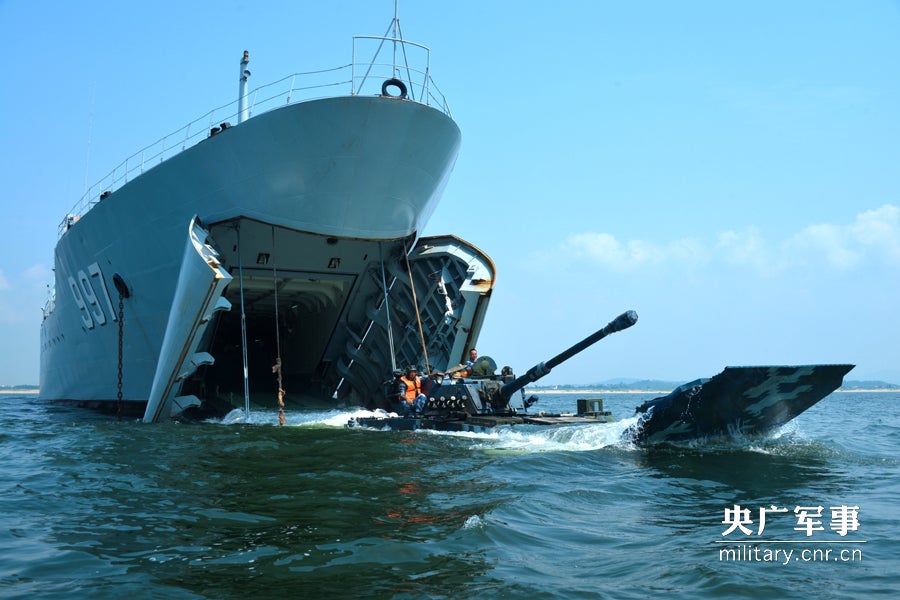 The ZTD-05, the light tank variant of the ZBD-05 armored vehicle, has a 105mm cannon in a wielded turret to provide fire support against enemy armor when storming beaches. The ZDB-05 and ZTD-05 can extend the hydroplane, as seen in the picture, from the lower front hull. These vehicles can also go over 15 miles per hour, making these the fastest amphibious armored vehicles in the world.

At the center of the plan multiplying the relatively small force five times—from about 20,000 uniformed personnel to potentially over 100,000 Marines. This force increase is largely accomplished through folding up to eight PLA amphibious brigades, which were Army units responsible for amphibious missions, into the PLANMC order of battle. This expansion will make the PLANMC more of a full spectrum expeditionary force like the Marine Corps in the United States. Historically, China’s Marine Corps was an elite light infantry formation akin to the British Royal Marines.

Let’s take a look at what the PLANMC has right now, and the heavy equipment it could soon gain: 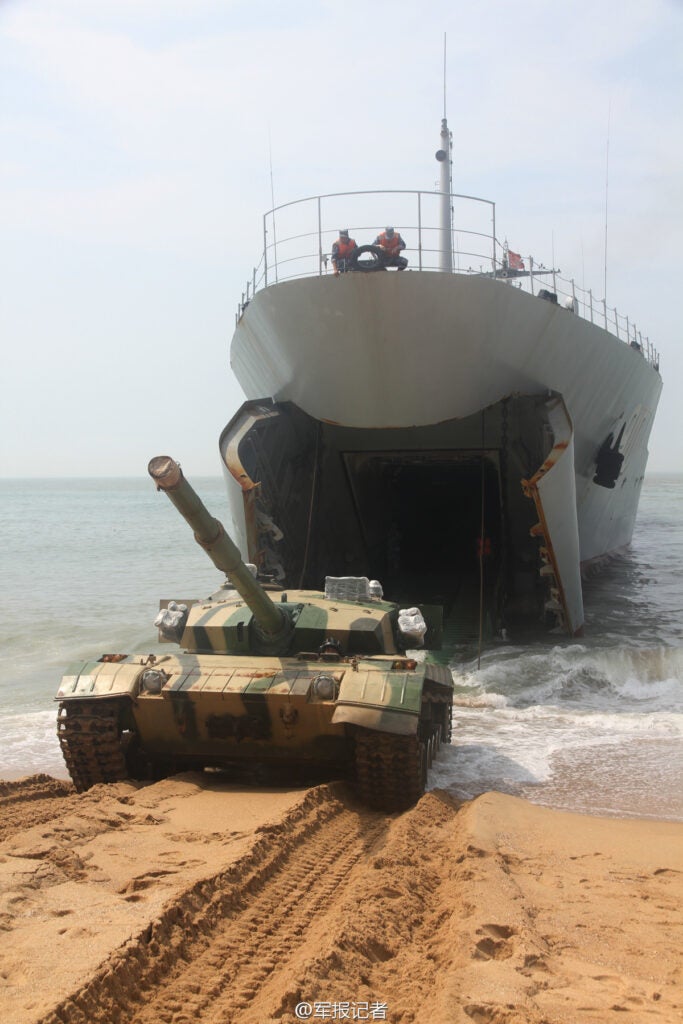 This ZTZ-96A main battle tank, the lighter of China’s modern tanks, is deploying from a landing craft. Specialized amphibious brigades and divisions in the PLA Ground Force (Army) have heavy weaponry and train for amphibious assault; it is likely that the PLANMC may be transferred some of the Army’s mechanized amphibious units.

The heavy hitters of the PLANMC are likely to be the ZTZ-96 (pictured above) main battle tank (which has equipped PLA forces) and the ZBD-05 infantry fighting vehicles (IFV). The ZBD-05 is the only fast amphibious IFV in the world, carrying eight infantry and three crew at speeds of over 15 miles per hour in the water and 40 miles per hour on land. It achieves its high speed by hydroplaning (using flat surfaces to reduce hydrological drag). 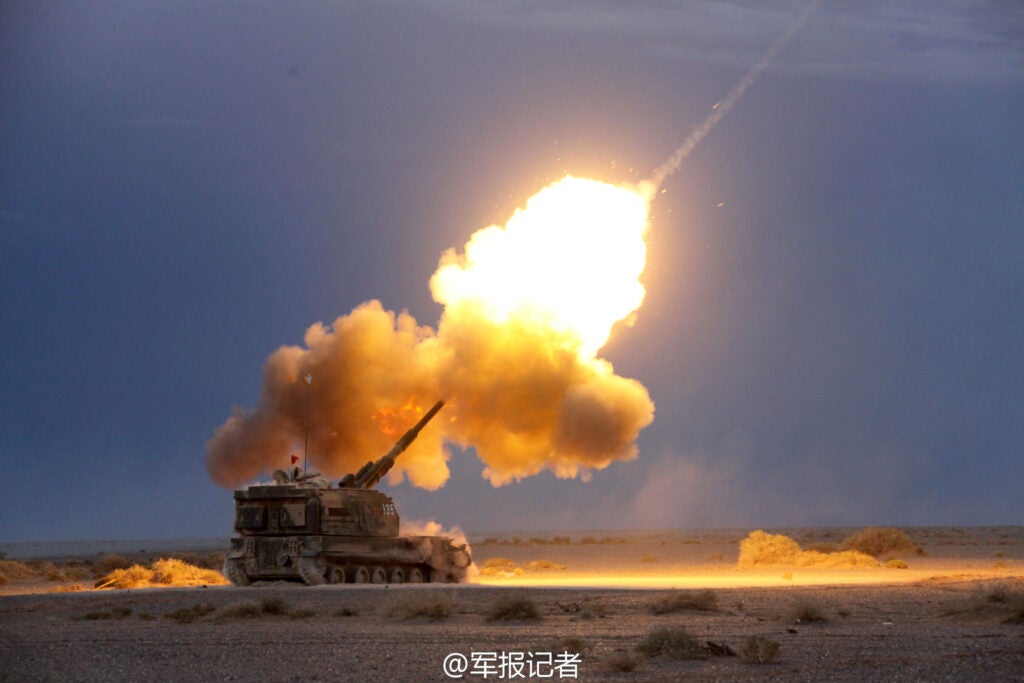 The PLZ-05 howitzer is one of the best heavy artillery cannons in China and the world; it’s 155mm cannon can fire extended range WS-35 shells up to 100km away.

For long range fire support needs, the PLANMC can count on the 122mm PLZ-07 and 155mm PLZ-05 self propelled howitzers (pictured above). The lighter PLZ-07 can fire 50-pound shells to a range of about 17 miles, making it a perfect fit for organic brigade artillery, while the larger PLZ-05 can fire special ammunition with a range of about 62 miles. 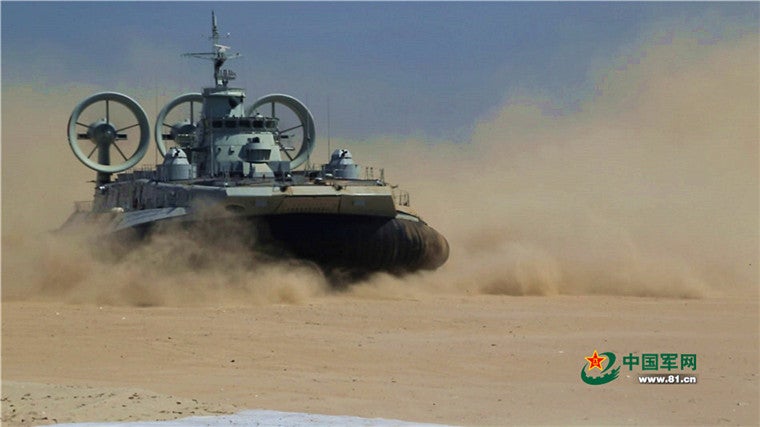 Zubr hovercraft, number 3325, blasts onto a beach during Chinese naval exercises. As one of the world’s most heavily armed and largest hovercraft, it can lift three tanks or a full infantry company straight into battle, relying on its speed and heavy weaponry of 30mm Gatling cannons and rockets to make forcible entry against enemy opposition.

While hovercraft for rapid amphibious landings will continue to be controlled by the PLAN proper, the massive Zubr and Yuyi landing craft air cushion (LCACs) will be a key part of PLANMC landing capabilities. Buoyed by massive air cushions, the LCACs can rush in at speeds of over 70 miles per hour onto land, rapidly landing heavy armor and Marines to storm defenses and hold the beaches for reinforcements. The Russian origin Zubr can carry 145 tons of cargo, and is armed with 30mm Gatling cannons and 140mm rocket artillery. The Yuyi LCAC, while smaller (a 60-ton payload), can be launched from the well decks of the Type 071 landing platform dock, which are the premiere amphibious warfare ships for the PLANMC. 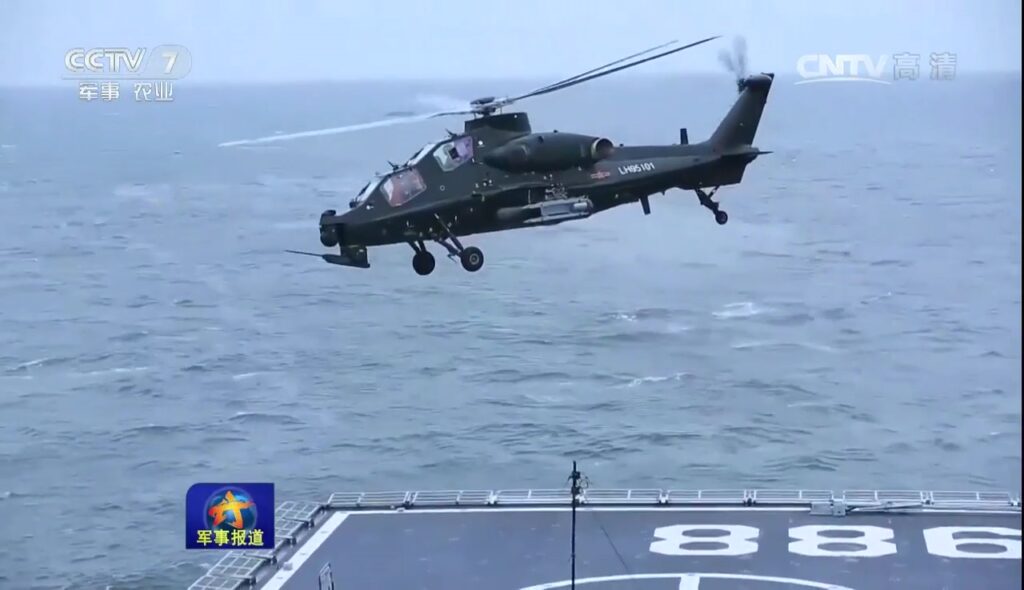 Chinese Army pilots and their Z-10 attack helicopters train regularly with PLANMC and PLA amphibious forces to give them close air support. With the PLANMC’s force structure’s rapid increases, China’s Marines could soon fly their own attack helicopters.

While the PLANMC currently has no aircraft, there exists the strong possibility that Chinese Marines will field its own organic aviation attack assets, as opposed to relying on PLA and PLAN helicopters. Army Z-10 attack helicopters are already operating from landing ships in support of Chinese amphibious exercises. The Z-10’s battery of guided anti-tank missiles and chain cannon make it a useful system for both supporting amphibious and inland combat, as well as operations against lightly defended enemy shipping. 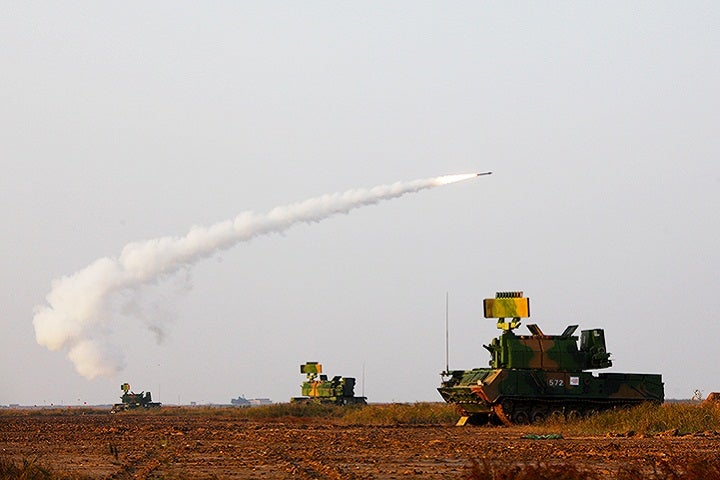 The short range HQ-17 SAM, derived from a Russian design, can keep up with armored formations (and deploy during amphibious operations) at the regimental level to defend against enemy aircraft, drones and cruise missiles. 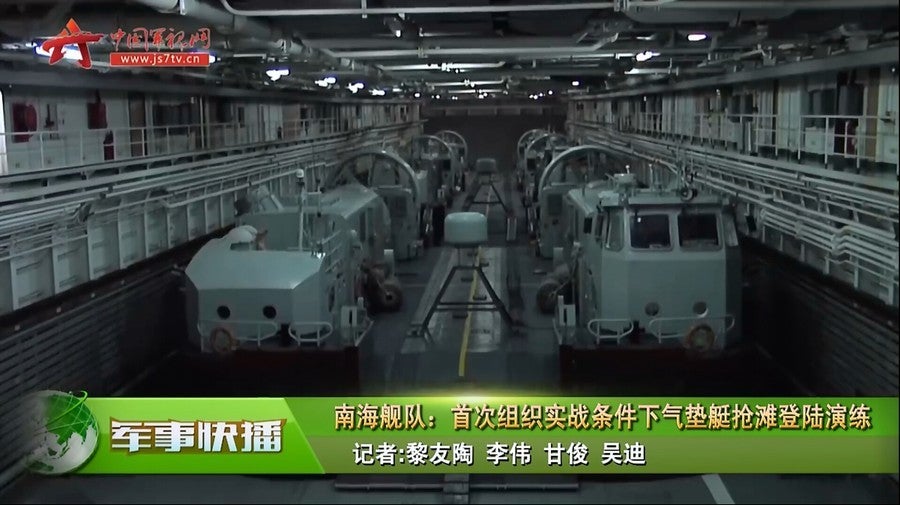 A Ship Full of Hovercrafts

The Yuyi Type 726 hovercraft, each capable of carrying a tank or several smaller armored vehicles, is China’s primary conveyance for transporting vehicles, infantry, and supplies from the well decks of amphibious warships to the shore. The increase in PLANMC numbers will likely see more Chinese hovercraft built for expeditionary purposes.

The expansion and reorganization of China’s Marine force is another key aspect of China building up the traditional tools of global power. Akin to the role that U.S. Marines play, they can be stationed at home, potentially based abroad (such as in a future at ports like Gwadar, Pakistan or Dijibouti, to secure Chinese trade routes), or aboard PLAN ships. Focus on the maritime will enhance China’s ability to carry out amphibious landings as well as deploy light expeditionary forces. A force with the motto of “Tiger of the land, dragon of the sea” is taking a big step forward.