A new Ranger side-by-side comes out in December. 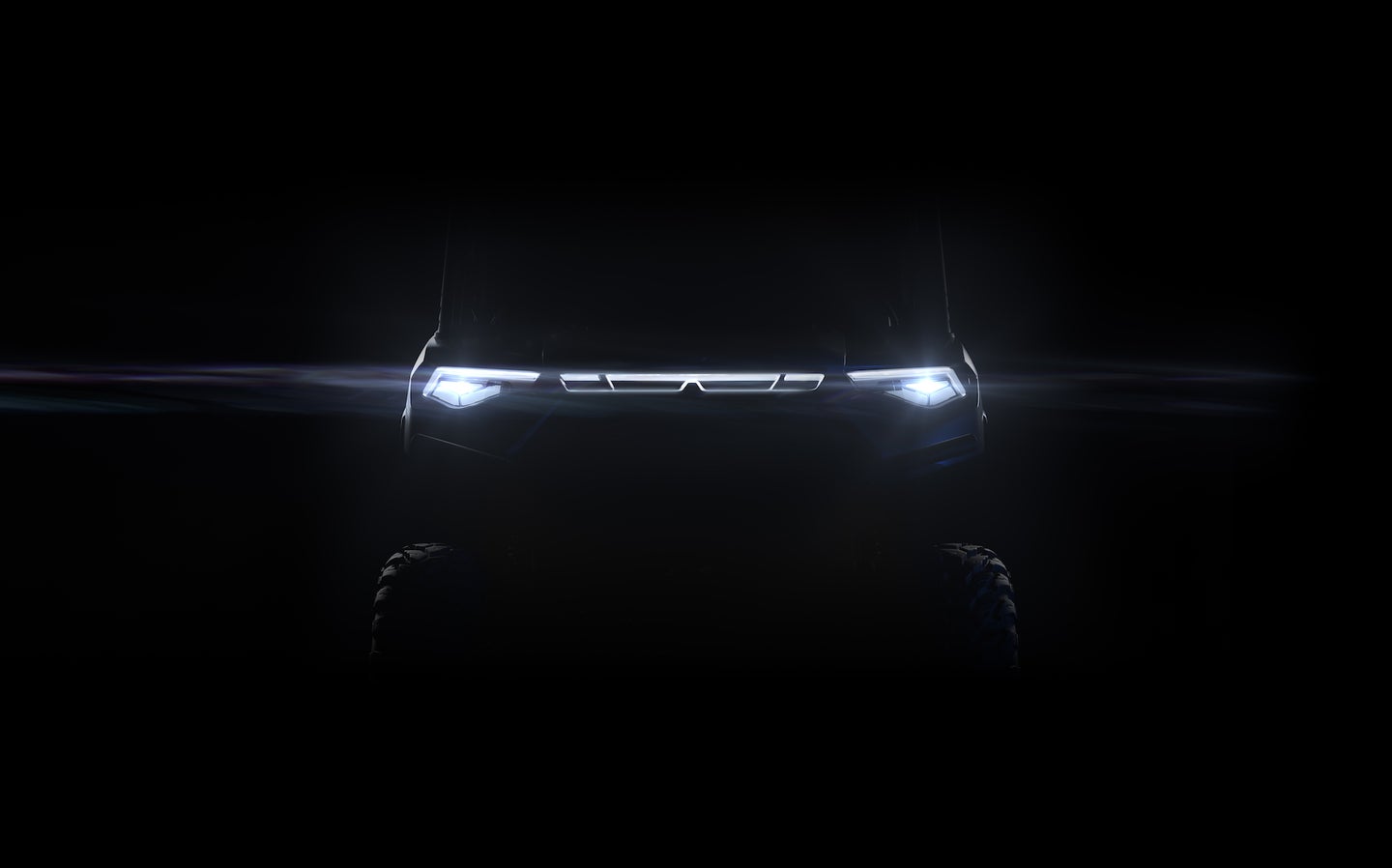 We know from this teaser images that the new electric Ranger will definitely have headlights. Polaris Off Road
SHARE

A clear trend has emerged in the transportation world, at least when it comes to vehicles that roll around on wheels: They’re going electric. Sure, Tesla has been making splashy claims and manufacturing exciting vehicles for a while now, but lately the industry is seeing even more of a shift towards electric powertrains, especially with General Motors’ impressive new goal of moving to all electric light-duty vehicles by 2035.

Now Polaris, which makes off-road vehicles, has teased the next version of its electric Ranger vehicle. It’s a development that’s worth noting because it marks the first vehicle to come out of the company’s collaboration with Zero Motorcycles since the partnership was announced last year.

Zero is known for its zippy, futuristic electric motorcycles. It shares the electric two-wheeler space with, among other players, Harley-Davidson, which makes the LiveWire electric bike.

Meanwhile, an electric Ranger vehicle from Polaris already exists—it’s a mid-sized two-seater with a bed box in the back, and it’s about 9 feet long and just shy of 5 feet wide. It runs off of old-fashioned lead-acid batteries, which are the kind of power cell you see under the hood of your combustion-engine car.

Polaris isn’t revealing much in the way of stats about how the new electric version, made with Zero, will be specifically different, but it will likely utilize lithium-ion batteries, which are the name of the game in modern EVs.

Expect it to be bigger, as well. A spokesperson for Polaris noted, via email: “The all-new Electric RANGER will be a full-size vehicle, leveraging entirely new technology through our partnership with Zero, and will be built for customers seeking more capability, more durability and more performance, which will be made possible with today’s state-of-the-art electric technology.”

We’ll know more about its specific stats when it launches in December of this year and then rolls into dealers in 2022, but look for improvements with what it can do. “The new electric powertrain will elevate the RANGER platform to a whole new level of capability, durability and performance,” Steve Menneto, the president of Polaris Off Road, said in a statement.

With the new electric Ranger, all we have to go on now is a teaser image, teaser video (below), and the promises of a larger vehicle with more capability and modern electric powertrain.