Nissan finally updated the Z sports car. It was worth the wait. 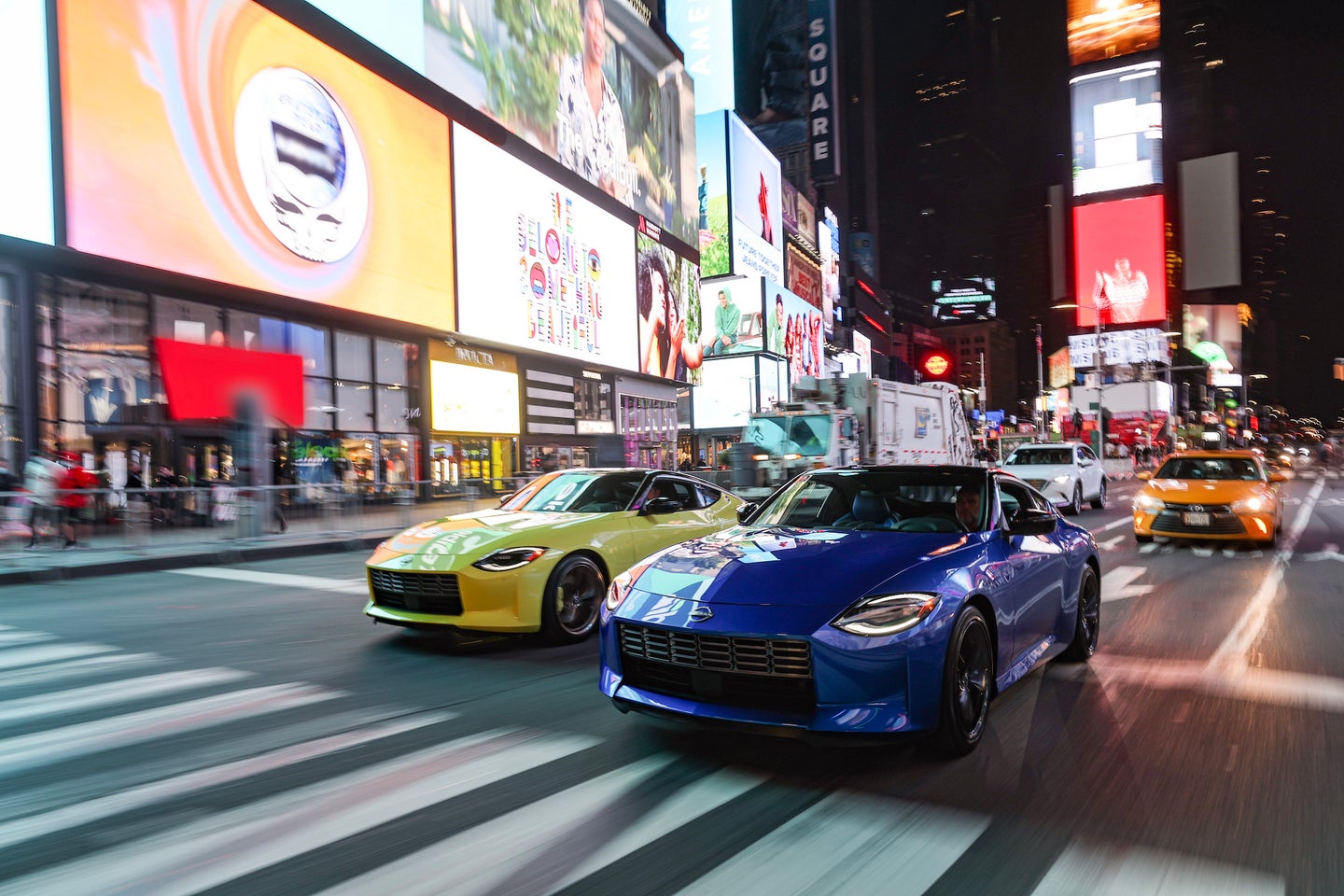 The new Nissan Z will be available next spring. Nissan
SHARE

After 12 years, Nissan is finally giving its affordable sports coupe an update. Its seventh generation Z-car, now simply called the Nissan Z, is Nissan’s way of paying homage to a half-century of the car’s rich history while still giving drivers a modern sports car that makes driving enjoyable and engaging.

The magic of the Z starts under the hood. The all-new coupe packs a stout 400-horsepower twin-turbocharged V6, plucked from the luxury-branded Infiniti Q50 Red Sport. This alone offers a 68 hp bump from the outgoing model’s naturally aspirated 3.7-liter.

Central to the platform is the standard-issued six-speed manual transmission—a feature which caused the crowd to erupt with cheers when Nissan COO Ashwani Gupta revealed the car live on stage on August 17. Buyers can also opt for a nine-speed automatic transmission, and both options feature available launch control which allows for consistent acceleration from a stop without wheel hop or loss of traction.

The Z will also feature at least two choices of trim: sport and performance. The sport trim is the car’s base configuration, while the performance-trimmed car will feature larger wheels, bigger brakes, and a dual exhaust.

[Related: The iconic Lamborghini Countach has been reborn as a modern supercar]

Inside the car is also a significant step-up, leaving behind the hard plastics and bubbly look of the 2010s. A large 9.0-inch infotainment screen will be available to pair with the Z’s fresh 12-3-inch digital gauge cluster, and three driver-focused analog gauges will show data like boost pressure (which shows the amount of positive pressure produced by the turbochargers), battery voltage, and turbo speed. Not everything has changed though, as there are still quite a few carryover parts in the interior (like the climate control knobs, door handles, and several switches for the windows, door locks, as well as seat controls) that hint at how Nissan was able to deliver the car at an affordable price point.

The exterior of the car, as modern as it may appear, is truly where the Z wears its heritage. Styling cues like a long, sloping hood line and wide rear wheel arches stay true to its ancestors, while the headlamps are modeled to look like an early Z-car and taillights reminiscent of the legendary 300ZX.

The new Z is the product of a half-century of performance engineering.The first Z car was intertwined with some of the world’s most prestigious European roadsters thanks to its predecessor, the Datsun 1600 Roadster. Nissan considered the 1600 to be the beginning of its sports car legacy, designing it to compete with cars like the MGB and Triumph TR6. Eventually, it was this roadster project that inspired Nissan to build out an affordable sports car that would appeal to the masses: the very first Z-car.

The 240Z was first introduced as a 1970 model, and sold stateside under the Datsun branding. It was a hit. A 151-horsepower 2.4-liter inline-six helped power the rear wheels, which was more than enough for a 2,300-pound rear-wheel-drive sports coupe. Granted, it was no Trans Am, but it was a glimmer of motoring passion during a domestically dominated time in the US auto industry.

By the end of the 1970s oil crisis, Nissan had revised the image of the Z-car from a nimble sports coupe to grand touring car. It fought to keep its image despite several styling and power flops through the next decade, plus a rebranding from Datsun to Nissan.

The 1990s were the wonder years for imports. Nissan’s fourth-generation Z car, the 300ZX, had come to spar with the Toyota Supra, Mitsubishi 3000GT, and the rotary-powered Mazda RX-7. The 300ZX was ripe with power, featuring a 300-horsepower 3.0-liter twin turbo V6 and all-wheel steering. Drivers praised the car for its handling around a corner and its 5.0-second sprint to 60 MPH.

After a seven-year hiatus, Nissan introduced the 350Z in 2003, though the car suffered the same fate as the dramatic shift to the 280ZX: it was heavier and slower than its predecessor. The 370Z was born years later, which solved the weight and power problems, plus cut the 0 to 60 mph time down from 5.5 seconds to just 4.7 seconds.

But the new Z—even as a grand tourer—doesn’t seem to suffer from Nissan’s age-old mistakes. Its power output increased significantly, the styling is sleeker, and a row-your-own gearbox still remains available to buyers who really want an engaged driving experience.

Nissan is still leaving buyers in the dark on some specifics like 0 to 60 time and weight. Chief Engineer Hiroshi Tamura, who also holds the reins on Nissan’s GT-R program, has said that the Z will be a “dance partner” that doesn’t chase numbers, but produces an enjoyable conversation between driver and machine.

The new Z is scheduled to hit dealer lots next spring as a 2023 model. And best of all, at a starting price of around $40,000, the sports coupe is shaping up to look like just as much of a performance bargain as its first ancestor.