Though long anticipated, this may be the first attack of its kind 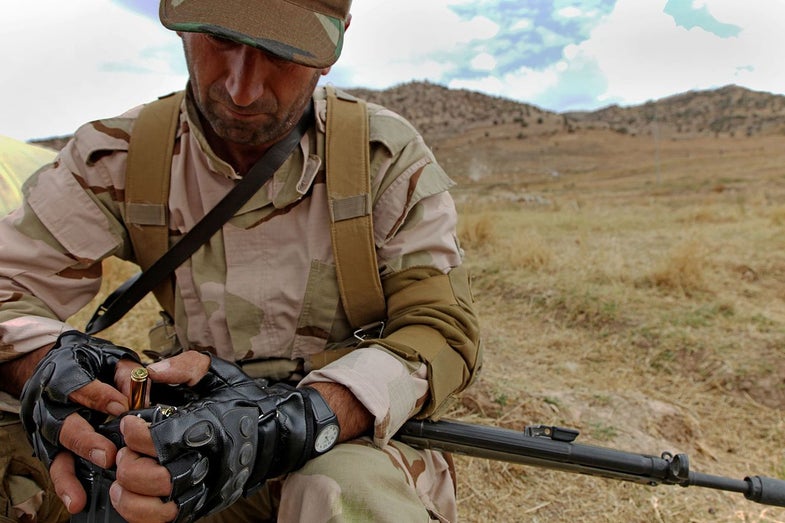 On October 2nd, in Irbil, Iraq, a drone flown by ISIS injured two French paratroopers, who were supporting Kurdish forces. Two Peshmerga, or Kurdish soldiers, were killed in the blast, according to French newspaper Le Monde. The attack is possibly the first where a drone fitted with an improvised explosive device has inflicted casualties on troops from a Western nation.

Unlike drones used by the United States for attacks, ISIS is converting small, cheap commercial models into one-way weapons. Kurdish forces spotted these drones at least as early as last winter. Iraq is not the first battlefield to see cheap drones. The Washington Post notes:

In July, the Pentagon announced it was putting $20 million towards counter-drone weapons, citing the threat from ISIS. Shortly afterwards, pictures surfaced of an American-made anti-drone rifle in Iraq. Rather than destroying a drone with bullets, the Battelle Drone Defender stops drones by jamming GPS and radio signals, causing it to lose contact with its pilot and, ideally, land.

Going further, DARPA wants the United States to have anti-drone lasers by 2020, a goal every part of the military, from the Air Force to the Marine Corps, is independently working towards. Laser weapons are costly to build, but their appeals as an anti-drone weapon is that every shot of directed energy is cheap, so one laser system could shoot down many cheap drones, without spending expensive missiles or lots of bullets to do so.

In the meantime, people and police departments are exploring everything from elaborate net-guns to eagles as a way to take down drones. Jamming drones out of the sky is a popular alternative, and this summer West Point even trained cadets in a scenario with an anti-drone “cyber rifle.”