Probably broke a bunch of laws to do it, too 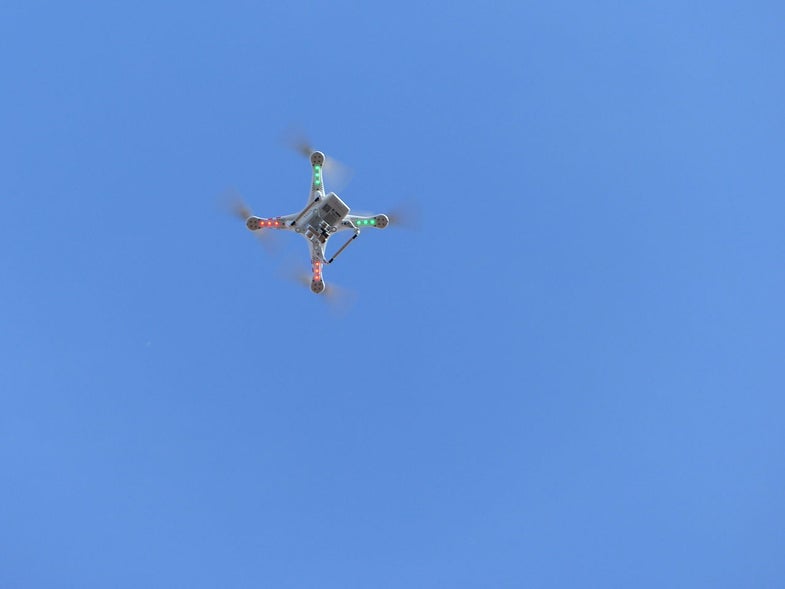 Hobbyist drones aren’t supposed to fly too far from the ground. In the United States, drones are permitted to go no higher than 400 feet, unless they have special exemptions from the FAA. In the European Union, flights are limited to 500 feet above the ground. No matter the continent, everyone can agree that 11,000 feet is way too high for a quadcopter. Which might be why, shortly after posting a video of his DJI Phantom 2 drone soaring more than 2 miles high on March 3rd, YouTube user Tollymaster removed the video from the internet.

Dutch drone hobbyist blog DroneWatch kept a copy of the video, which you can see here. (Their post is titled “Idiot Brings A Hobby Drone To Height Of 3.4km” or, in the original Dutch, “Idioot brengt Hobbydrone Tot Hoogte Van 3,4 KM.”)

The view from the flight is stunning:

Software locks installed on some quadcopters keep them from flying over restricted areas. And DJI quadcopters have software that limits the maximum altitude to 1,500 feet, well above legal limits, but far below the heights this drone reached. To get around it, the user likely modified the firmware installed on the quadcopter. If found, Tollymaster could face thousands of euros in fines.