Marine Corps Commandant Wants A Drone In Every Squad

Every Marine an RPA man 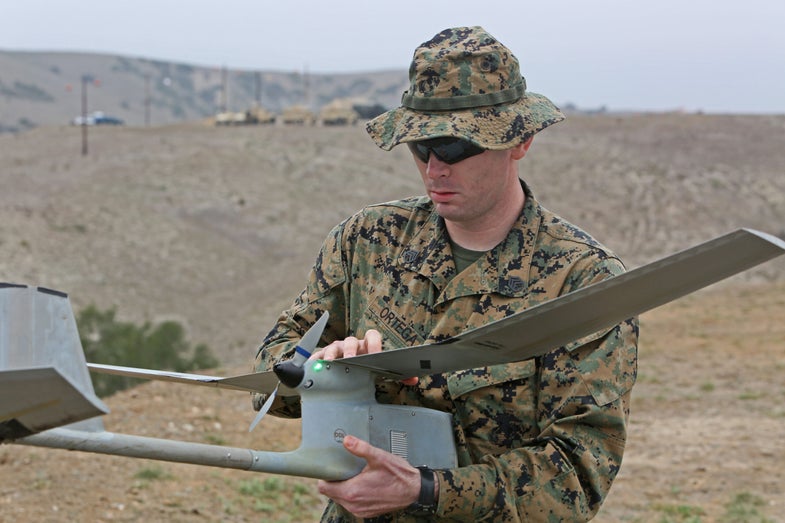 What distinguishes the wars of the 21st century from the wars of the 20th, or any century prior? So far, it isn’t the venue, the countries involved, or even the kind of fighting: Nations have fought against insurgencies since there were nations for people to rebel against. If there’s a dominant, distinctive trend in modern warfare, it’s the adaptation of new, especially commercial, technology to the battlefield.

To wit: Marine Corps Commandant Gen. Robert Neller said, according to the Marine Corps Times “At the end of next year, my goal is every deployed Marine infantry squad has got their own quad copter.”

Neller was speaking at the Modern Day Marine expo in Quantico, Virginia. As the [Marine Corps Times reports]:

The basic unit of the Marine Corps since its inception, according to mythology as much as practice, is the rifleman. Rifles remain the standard infantry weapon of choice, but as battlefields have evolved and weapons technology with them, adding machine guns and grenade launchers as needed. The drone pilot, undoubtedly carrying a rifle as well, would add not a new weapon but a new set of information using the squad’s quadcopter (“Squadcopter,” if you will).

The military already has small drones, ranging from the palm-sized Black Hornet to the hand-tossed Raven. But these are either, in the case of the Black Hornet, mostly the domain of Special Forces, or like the Raven, kept at the Company level, and neither of these drones are cheap. Ravens cost at least $250,000 a system, when set up to military specifications.

Yet drones, especially ones deployed at the squad level, don’t have to be expensive. Commercial quadcopters and toy drones have seen use in the Ukrainian civil war, and there, soldiers trying to shoot them down with rifles.

If the squadcopter is there to scout in short flights, then small drones that fly for 20 or so minutes and stream video back to a pilot could likely do the job, and there are a bunch of drones like that priced around $1000. (Dronemaker DJI debuted one just this week). Neller’s ambition of a quadcopter for every squad certainly sounds ambitious, but it’s not out of the realm of possibility.

Even if the Marines don’t get a drone for every squad, they may someday have to contend with a foe that does. The Army is only just starting to look into anti-squadcopter defense. It would make a lot of sense for the Marines to start exploring how to use squadcopters on offense.