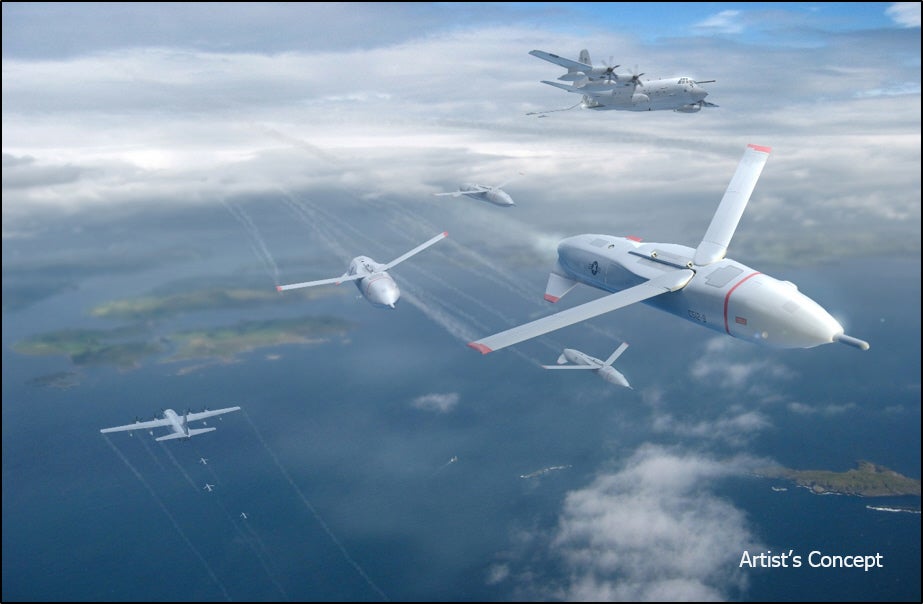 We haven’t even begun to see the skies of future wars. Since aerial combat first evolved in World War I, it’s taken on a familiar form: scouts that find targets, fighters that attack other planes, and big heavy bombers that unload hell onto the ground below. Despite a century of improvement, it is roughly the same now, with some more specialized aircraft. The wars of the future, though, are going to have a lot more in the sky. This week, at the Association for Unmanned Vehicle Systems International Xponential conference in New Orleans, an Air Force official suggested that in addition to fighters and bombers, we can expect thousands of smaller drones to join the battle.

Here’s what Colonel Travis Burdine of the U.S. Air Force said at the conference yesterday, according to Flight Global:

SAMs stands for “Surface-to-Air Missile,” and they’re one of the reasons that the Air Force has invested so much in stealth technology over the years: if a missile can’t see a plane, it can’t hit it. The problem is that the economics don’t quite work that way: it’s easier to make a new, better missile than it is to make an existing airplane even stealthier, and modern Air Force fighters serve for around 30 years each–longer if they’re bombers. Missiles are generally cheaper than airplanes, so anyone who wants to protect against aerial attack just needs to invest in a lot of missiles.

Unless, of course, there are cheaper drones that get in the way. The Air Force, as well as the Navy and DARPA, are all interested in making lots of cheap, deadly drones, specifically to take out and get in the way of enemy missiles. Israel already has kamikaze drones for this purpose, which can find anti-air missiles and destroy them, or land safely for another mission if no good targets are found. Getting the costs down, and finding a way to carry them to battle before launch, are challenges that need to be met before the drones work. The ideas have been floated, sometimes with cruise missiles in place of drones, for decades, but it looks like the Pentagon is actively working to make this vision happen.

When they do, this is what aerial battlefields will look like: a vanguard of small, deadly drones, flying before more expensive stealth fighters, which are clearing the way for bombers or troop transports. The skies of war are destined to get a lot busier.