Self-driving Lyfts will cruise the Vegas strip by early 2023

Lyft's partnership with the autonomous driving company Motional is arriving faster than we thought. 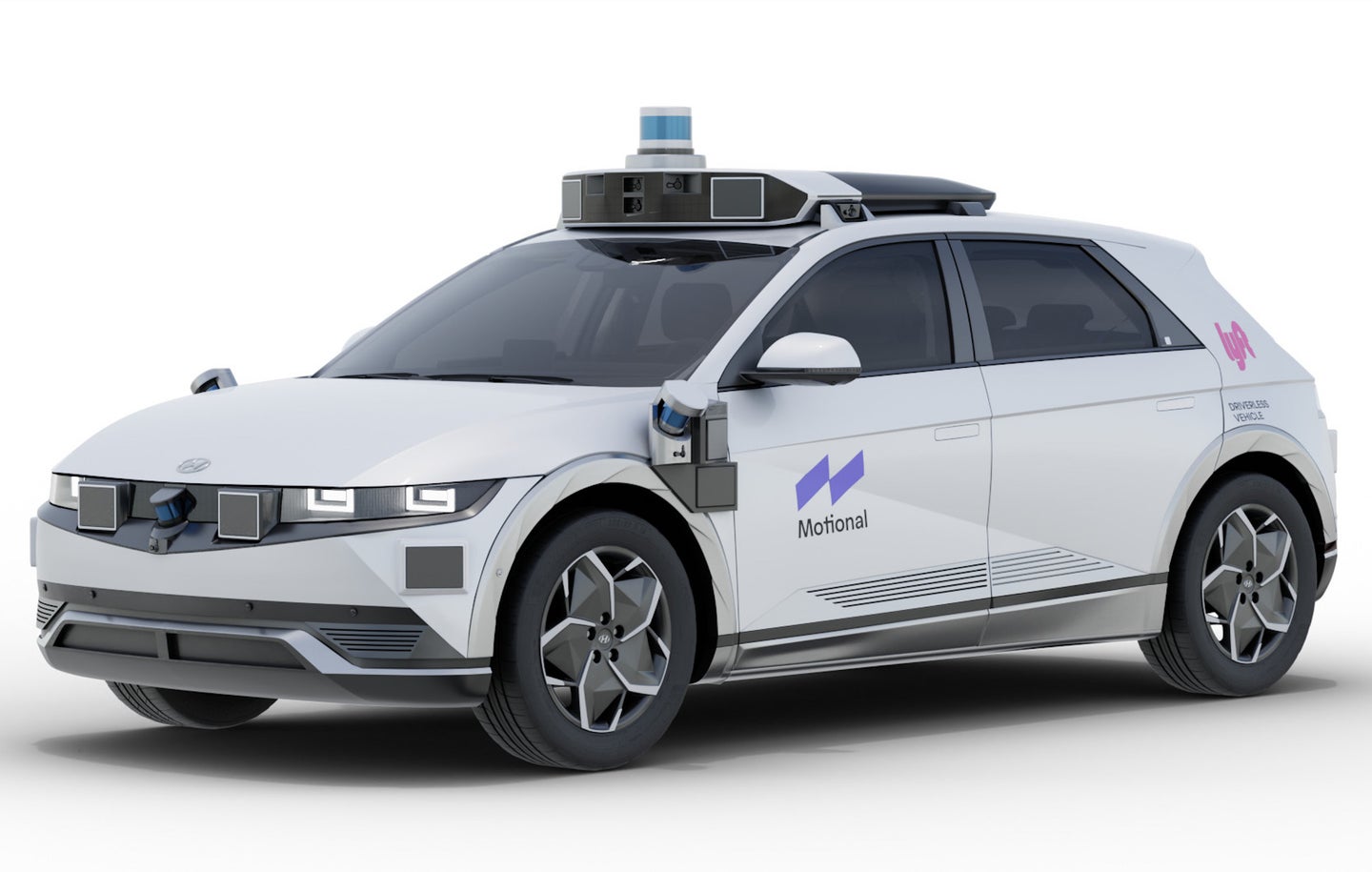 Expect more of these in major cities across the country very soon. Lyft
SHARE

Residents and visitors of Las Vegas will be able to hail a new, fully autonomous “robotaxi” earlier than its makers anticipated. According to an official press release from Lyft, the popular ride-sharing company and its partners at the self-driving startup, Motional, are moving forward with the debut of a fleet of driverless Hyundai Ioniq 5s early next year. Although both Lyft and Motional have tested similar autonomous vehicles since 2018, next year’s introduction of the Ioniq 5 AV onto the market will be the first taxi experience to not include a human safety driver behind the wheel for cases of emergencies or malfunctions. Motional first announced the Las Vegas plans back in 2021.

Once the cab is hailed, customers will simply need to approach the car with their Lyft app open to remotely unlock the vehicle, at which time passengers can enter and be driven to their intended destinations via help from an in-car AV app. “The features are backed by extensive research and feedback from real riders to maximize their comfort and ease of use,” Lyft states in the announcement, adding that, “Motional and Lyft are making the new user features available to the public now in preparation for when the service plans to be fully driverless next year.”

According to Lyft, an estimated 100,000 customers have already interacted in recent years with its early-stage (human supervised) autonomous vehicle, garnering a 95-percent approval rating from riders. Both Lyft and Motional plan to quickly scale its AV options to other major cities outside Las Vegas soon after next year’s debut, pending local authorities’ approval of introducing the controversial technology onto the roads.

Aside from companies like Tesla’s suspect track record when it comes to fully autonomous cars, projects like an AV Lyft have vast implications on the country’s labor force, particularly workers reliant on gig-based jobs. Businesses such as Lyft and Uber have never exactly had the best labor reputations, and expanding their AV fleet would hypothetically take the pressure off the companies to provide fair wages, healthcare, and basic insurance coverage to their drivers. It will be a while before the majority of our app-hailed rides are driverless, but companies like Lyft and Motional appear dead set on making that a reality as soon as possible.