Autonomous ships could be the new pawns on the naval chessboard

What to know about the Ghost Fleet and Overlord programs. 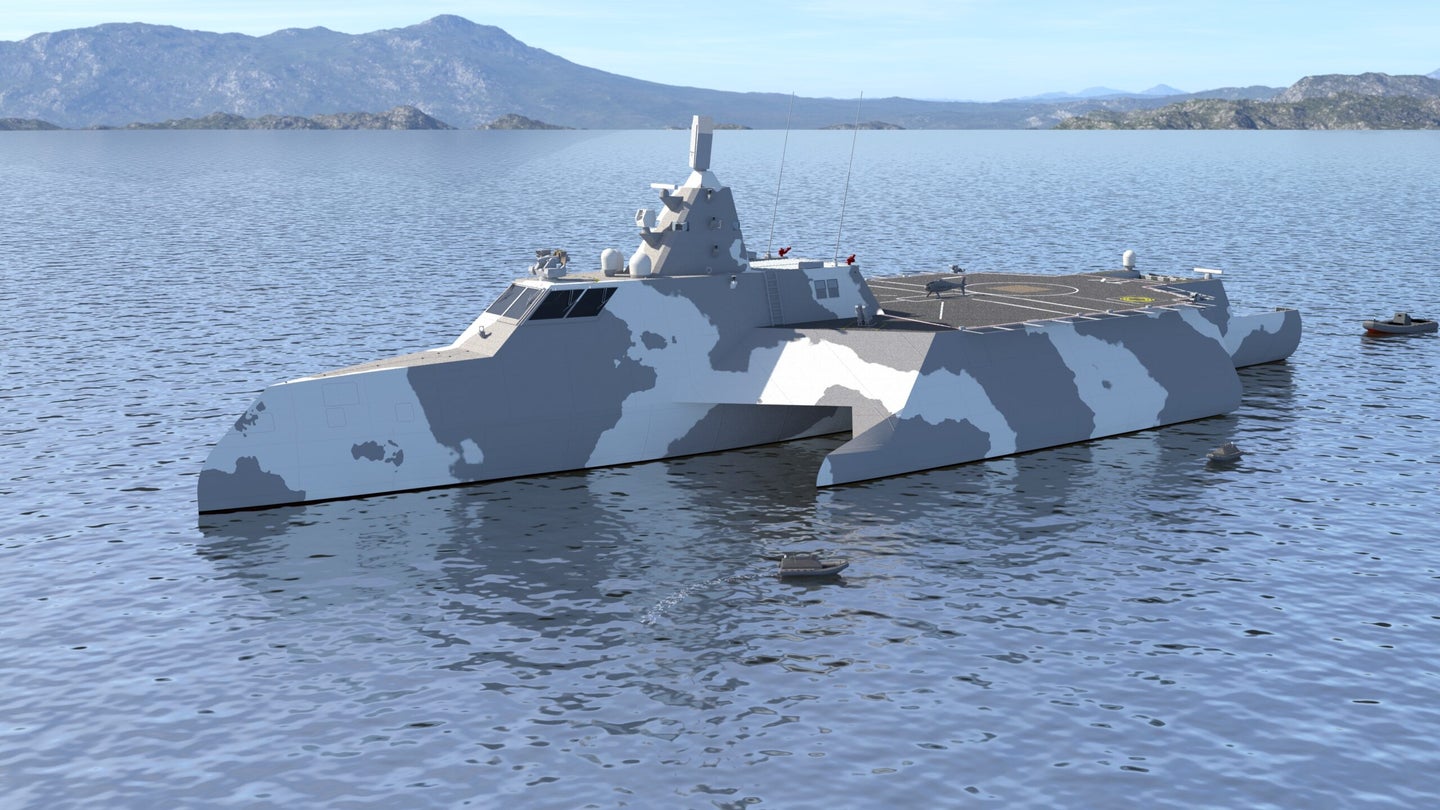 Sailors may find that in the next few years that they are “crewing” their ships from a land-based office, and that the vessel is plying the seas with few humans on board—or none at all. This is not as far-fetched as it may seem: the US Navy would like to be able to field a fleet of multiple unmanned surface vehicles within the next five years, and in August asked industry for ideas.

The US program to develop unmanned surface vehicles, called Ghost Fleet, includes a segment named “Overlord” focused on creating a Large Unmanned Surface Vehicle, or LUSV for short. It would be, as the Navy puts it “a high-endurance, reconfigurable ship able to accommodate various payloads for unmanned missions to augment the Navy’s manned surface force.” The Navy has been given $310 million (instead of the $400 million they’d asked for) to build two LUSVs as part of a research and development program. The first ships would likely be some 180 feet long, according to the Congressional Research Service [PDF, page 12].

Technology like this has already been tested: Sea Hunter, a 132-foot robotic trimaran developed by the Office of Naval Research and the Defense Advanced Research Projects Agency (DARPA), last year became the first ship ever to cross an ocean (from San Diego to Hawaii and back, a round-trip of 5,200 miles), all by itself. Sort of. It was apparently accompanied, and somebody went aboard every day to ensure that all was well, according to a person who closely observed the experiment.

DARPA describes the Sea Hunter as “the first of what could ultimately become an entirely new class of ocean-going vessel able to traverse thousands of kilometers over open seas for months at a time, without a single crew member aboard.”

As anti-ship weapons become more sophisticated, ships become more vulnerable. It thus makes sense to surround high-value assets, such as an aircraft carrier or a frigate, with uncrewed vessels that are expendable and cheaper to build than a traditional ship. Or as Fred Kennedy, director of DARPA’s Tactical Technology Office said in a statement last year: “The U.S. military has talked about the strategic importance of replacing ‘king’ and ‘queen’ pieces on the maritime chessboard with lots of ‘pawns’.” These autonomous ship programs are the first steps towards achieving that.

There are two other issues which could be addressed by having autonomous ships. The first is that many navies are finding it hard to recruit sailors. The second is that wages account for a large chunk of a navy’s budget. So autonomous ships could allow smaller navies to buy more vessels and bigger navies to worry less about trying to attract youngsters to a life at sea (and then paying them).

Nevertheless, autonomy raises many questions—notably about maintenance, the issue of operating weapons remotely, and cybersecurity. Popular Science talked to a number of ship-builders about these questions at an arms show in London last month where Thales UK, a systems engineering company, unveiled a concept for the TX, a 230-foot long multi-role ship for military and humanitarian missions which could help gently shift attitudes and answer some of these questions.

The trimaran, which is just an idea at the moment, could start by being fully-staffed (between 15-30 crew) to lean-crewed (less than 15 people) to totally uncrewed. “You take people off as trust is built up,” Sam McBriar, head of maritime strategy and marketing, told Popular Science. “Enough engineering has been done to prove it’s a viable concept.”

“The truly ground-breaking work has been to get layers of software and systems architecture all working together and certified,” she added.

For Spanish ship-builder Navantia, the big issue on their minds is cybersecurity. As the whole system would be computer controlled, “what happens if you lose contact?” worries José Luis Inogés, commercial intelligence director at the company.

“The key driver for designing such a ship,” he said, “is to make it undetectable or make it look like something else to make your enemy doubt.”

France’s Naval Group is among the top five military shipbuilders in the world, and they are more guarded when it comes to amphibious ships. Philippe Goubault, the company’s surface ships technology and innovation deputy director, wonders: “To do what? Would they be useful?”

He told Popular Science in a telephone interview that there were “many obstacles,” to actually building and deploying autonomous ships. The first of which is how to navigate safely. “With humans on-board it’s complicated enough,” he reflects.

The greatest issue for uncrewed ships at the moment, he said, “is recognizing all the objects a ship might come across at sea.” Is it a boat? Or a whale? Or an island of plastic detritus? The possibilities are endless and make a “see and avoid” sensor really hard to develop for use at sea.

The second obstacle concerns the weapons. “An autonomous ship cannot be allowed to be pirated,” Goubault stressed.

But the main obstacle, in fact, is maintenance. “Alarms go off every 10 minutes on a ship,” Goubault said. “With people on-board, they can be checked. So far experiments with autonomous ships have been over short periods. But a navy ship can stay at sea for three months. How do you deal with maintenance over that kind of period?”

So for him the tech that people have created to make a ship autonomous “could be put aboard manned ships to make them easier to use,” he said. However, he concedes that “we are getting requests from clients who want to know what unmanned surface vehicles we can offer them.”