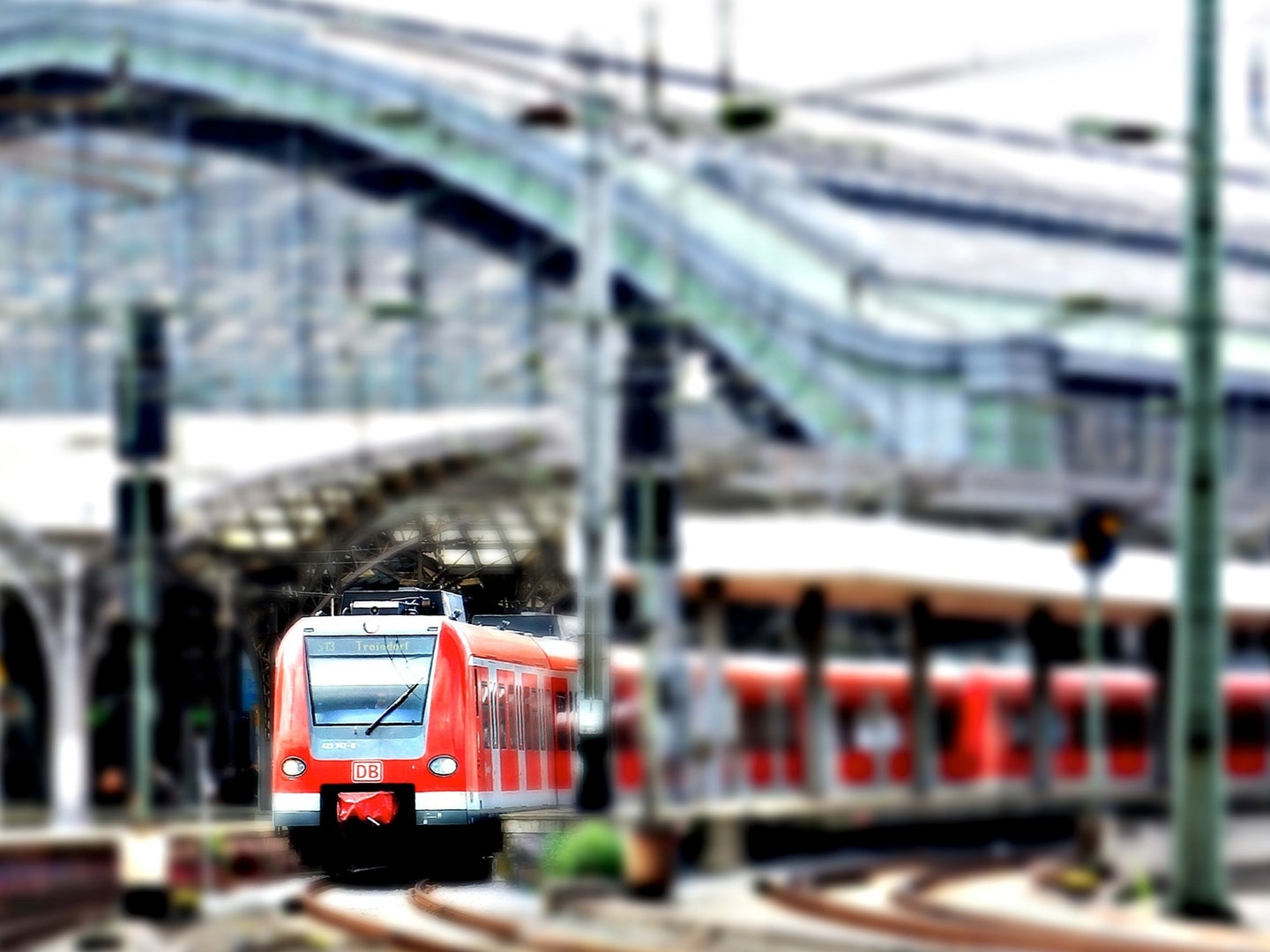 Trains produce a lot of noise, and seismologists love that. Pixabay
SHARE

Looking underground is an understated business. Understanding what lies beneath our feet is crucial for everything from searching for minerals to predicting earthquakes. In their quest to find better ways of peering under the surface, scientists have turned to a unique source: trains.

Moving trains send seismic waves into the earth, almost like a continuous miniature earthquake. As those waves wash over geological features under the surface, they change form accordingly. For the past decade, scientists have found that they can harness those waves, listening to their vibrations from a distance and unpacking the noise to build a picture of what those waves have passed through.

To listen to those waves, researchers begin by planting seismometer arrays. These sensors don’t have to be right beside the tracks; they can be up to a few dozen miles away. To image an area, researchers generally only need one array. If they’re interested in monitoring an underground feature—a faultline, say—then the researchers place two arrays on either side of that feature.

“In contrast to engineers who are doing their best to minimize train-generated noise, for us seismologists, the louder the better,” says François Lavoué, a postdoctoral researcher at the Université Grenoble Alpes in France, one of several places where seismologists have been playing with trains.

That’s why long freight trains, such as the ones that ply across the North American continent, are ideal. In fact, scientists estimate that a one-kilometer-long (0.6-mile-long) freight train rumbling down 10 kilometers (6.2 miles) of rail is equivalent to a magnitude 1.0 earthquake on the Richter scale. “That may sound small,” Lavoué says, “but it is well above the background seismic noise level, and it can easily be detected by our high-sensitivity seismometers.”

If you just planted sensors in the ground and listened to the ambient noises of the moving Earth, you might have to listen for weeks or months on end to get a picture of what’s underneath you. If you use the noise from trains, on the other hand, you can get a clear picture with fewer than a dozen trains.

The path from train noise to usable imaging involves several steps. Freight trains come far more often than earthquakes, but they don’t tend to run on fixed schedules. That means the sensors need to be operating constantly, for as long as a month. To prevent terabytes of unnecessary data from piling up, the sensors need to automatically identify when a train arrives and then pass that data along.

Then comes the tricky part. The researchers must unmix the train waves from the echoes of what their waves have passed through. “How this is done exactly is still a work in progress, and is very likely to be case-dependent,” Lavoué says. A train’s seismic signature can vary with the train’s velocity, the spacing between its wheels, and the stiffness of the ground under its rails. To filter out that signature, scientists need an in-depth understanding of those properties.

But once seismologists have that, they can use the data they’ve gathered at multiple points to piece together images of what lies under the surface.

Rumbling into the future

Lavoué believes the main advantage of using trains is that they’re an excellent source of the types of seismic waves that propagate deep under the surface and change when they come into contact with features down there. Normally, those depths are masked by other waves travelling at the surface. Trains generate so much noise that the deep waves can pierce through.

But those surface waves present another disadvantage: trains aren’t as good at producing them. Therefore, researchers find it harder to use trains for imaging near the surface, although scientists like Lavoué’s colleague Laura Pinzon-Rincon are working to overcome that hurdle by better understanding the trains’ signals.

Suzan van der Lee, a seismologist at Northwestern University, says that using trains is becoming a widely-known technique in the seismology world, even if it is relatively new. Lavoué says that scientists at the Université Grenoble Alpes are already finding ways to put it into use: searching for minerals in Ontario and Sweden, and monitoring faults in California.

Once, seismologists might have needed to blast the earth with explosives to help them see below. Now, they’re moving to using existing sources of noise, like ambient noise from ocean waves and wind, or human noise from traffic and drilling and, indeed, trains. Because there are so many train lines already wrapped around entire continents, they could be the key to unlocking entire new parts of the world under our feet.