Classic Cars Get An Electric Upgrade From e-Drive Retro 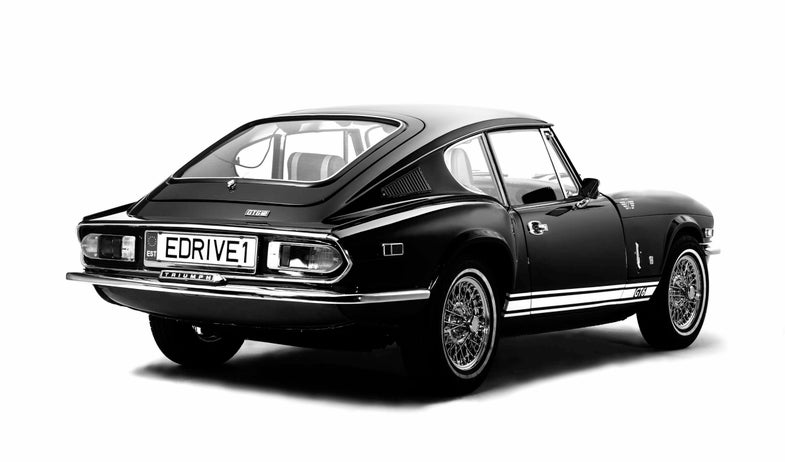 Imagine a world where your vintage vehicle doesn’t leave lakes of oil and plumes of smoke everywhere it goes. E-Drive Retro can turn that gas-guzzling vintage vehicle into a clean, green electric machine. The company has developed a plug-in electric drivetrain of its own design that can replace the internal combustion drivetrain of cars built from the 1950s through and 1970s. The company’s goal is to create a whole new category of cars: Electric Vehicle Classic Car Conversion.

Enthusiasts have been converting vintage cars to run on electricity for years. Some did it for the fun of it, like the 1972 Datsun 1200 that became the drag racing White Zombie. Some did it because for decades commercially available electric cars were few and far between. Lightweight vintage Porsches were popular conversion cars, as were old Volkswagen Beetles.

But e-Drive Retro says it can swap out a gasoline engine for an electric drivetrain without changing the original driving feel or the look of the car. Prep for the conversion includes 3D scanning of the car to fit the new drivetrain precisely into the sometimes quirky space provided by a vintage car. The drivetrain is modeled, fabricated, and 3D printed as necessary and then installed in the car.

The company doesn’t stop at electrifying the car, though; it also promises to “future-proof” your vintage car. The proprietary control system adds sensors, wireless technology, and Big Data capabilities that allow for updates and performance monitoring.

What’s the catch? Well, for now anyway, e-Drive Retro’s services are only available in northern Europe. The company is based in Helsinki, Finland, so if you can get your car there, you can swap that cranky, old combustion engine for a new emissions-free EV without losing a single style point.