Dean Kamen and DARPA team up 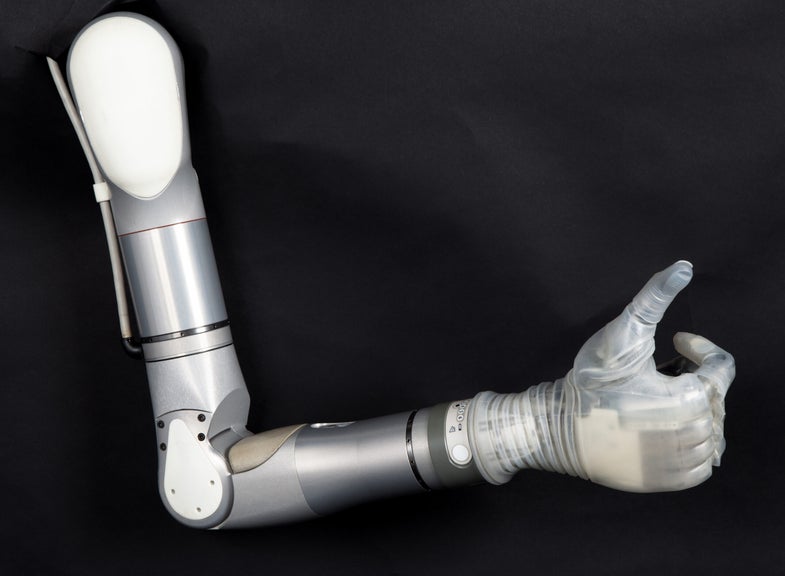 Segway inventor Dean Kamen has teamed up with DARPA to create a super-advanced prosthetic arm. The arm, called the "Luke arm" (named for the lifelike replacement Luke Skywalker received at the end of The Empire Strikes Back) was designed to give amputees near-natural control of the limb. Mobius Bionics/Business Wire
SHARE

One of the most advanced prosthetic arms yet is coming to market this year, brought to you by robot-friendly U.S. military agency DARPA and the Segway inventor Dean Kamen.

Mobius Bionics LLC, a medical device company, will produce the Luke arm commercially, named for the lifelike replacement Luke Skywalker received at the end of Star Wars Episode V: The Empire Strikes Back. The Defense Advanced Research Projects Agency (DARPA) funded the arm and Dean Kamen’s DEKA company designed it, with the goal to “develop an advanced electromechanical prosthetic upper limb with near natural control that would dramatically enhance independence and improve quality of life for amputees,” according to the Mobius Bionics press release.

The prosthesis combines a number of features to accomplish that goal. The system can accommodate people with varying levels of amputation. It’s durable and can withstand water, its grip is delicate enough to hold an egg, and strong enough to lift heavy weights like a carton of milk from the floor to a table.

The arm isn’t a perfect fit for every patient yet. Angel Giuffria, actress and congenital amputee (meaning she was born missing an arm) was part of the arm’s clinical trials and got to wear it three years ago. “When I first got it, I thought it was heavy for someone of my stature,” she told Popular Science. The arm was modeled “based on the weight of a statistically average female arm,” according to an article published in 2008 in IEEE Spectrum, but that’s still a lot of weight if it’s just hanging from a residual limb. 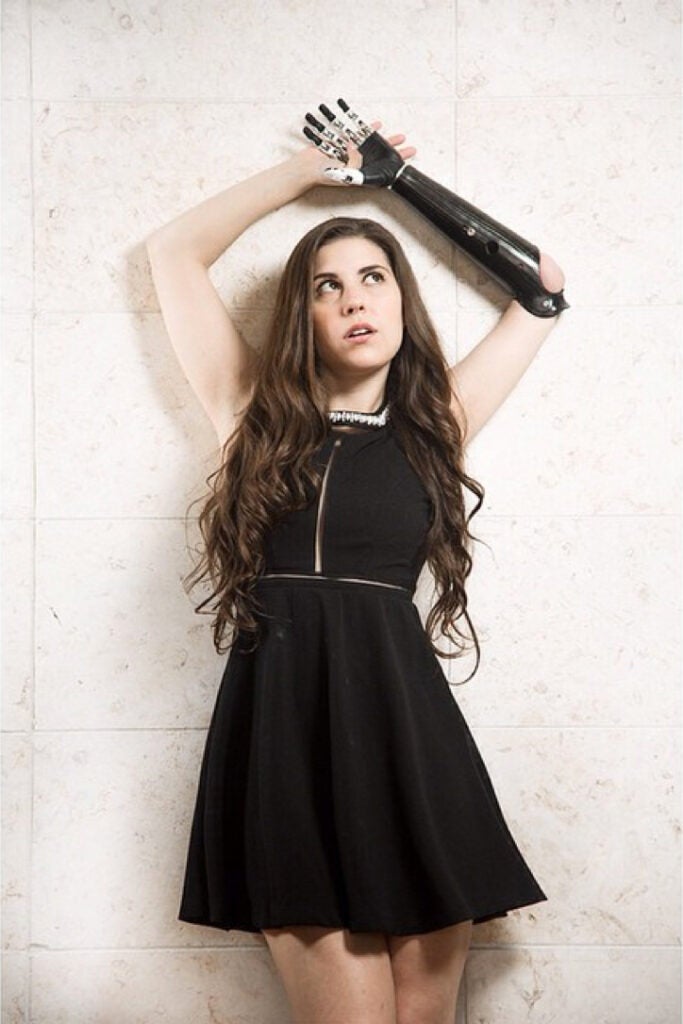 Giuffria’s arm prosthesis with its Bebionic hand can lift eggs and gallons of milk as well, is lighter, and assumes more grip patterns, meaning the fingers can arrange themselves to hold things in more ways. Also, the Luke arm is controlled with both myoelectric muscle-controlled sensors on the arm and a foot sensor; using your foot to control your hand could be confusing for people learning to use the system.

The Luke arm excelled in other ways, though. “The grip strength is amazing and it’s very durable,” said Giuffria. “I know for a fact I dropped the DEKA arm a couple times and it was fine.” Most importantly, the Luke hand has flexion and extension, meaning the wrist can pivot the hand up and down. “After getting used to it, the flexion and extension was amazing to me,” she said. “I really liked the arm.” Giuffria is taking part in another DEKA clinical trial and is excited to see the arm continue improving.

The system will probably cost a lot, maybe in the $10,000 to $100,000 price range, according to The Verge, more expensive than some of the 3D printed options available to amputees. Insurance usually only covers one limb, though those rules sometimes change for veterans. And military vets might be the exact people who’d benefit from the strong, durable and nimble Luke arm.