At Zhuhai 2014, the proliferation of world class precision guided munitions on display shows not just Chinese interests in extending... 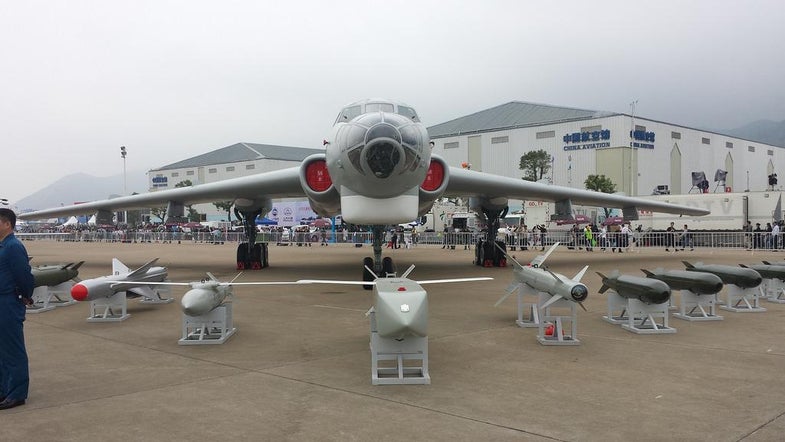 At Zhuhai 2014, the proliferation of world class precision guided munitions on display shows not just Chinese interests in extending its hitting power in the A2/AD envelope, but also the increasingly fierce competition within the Chinese defense industry to supply the PLA’s growing high tech needs. 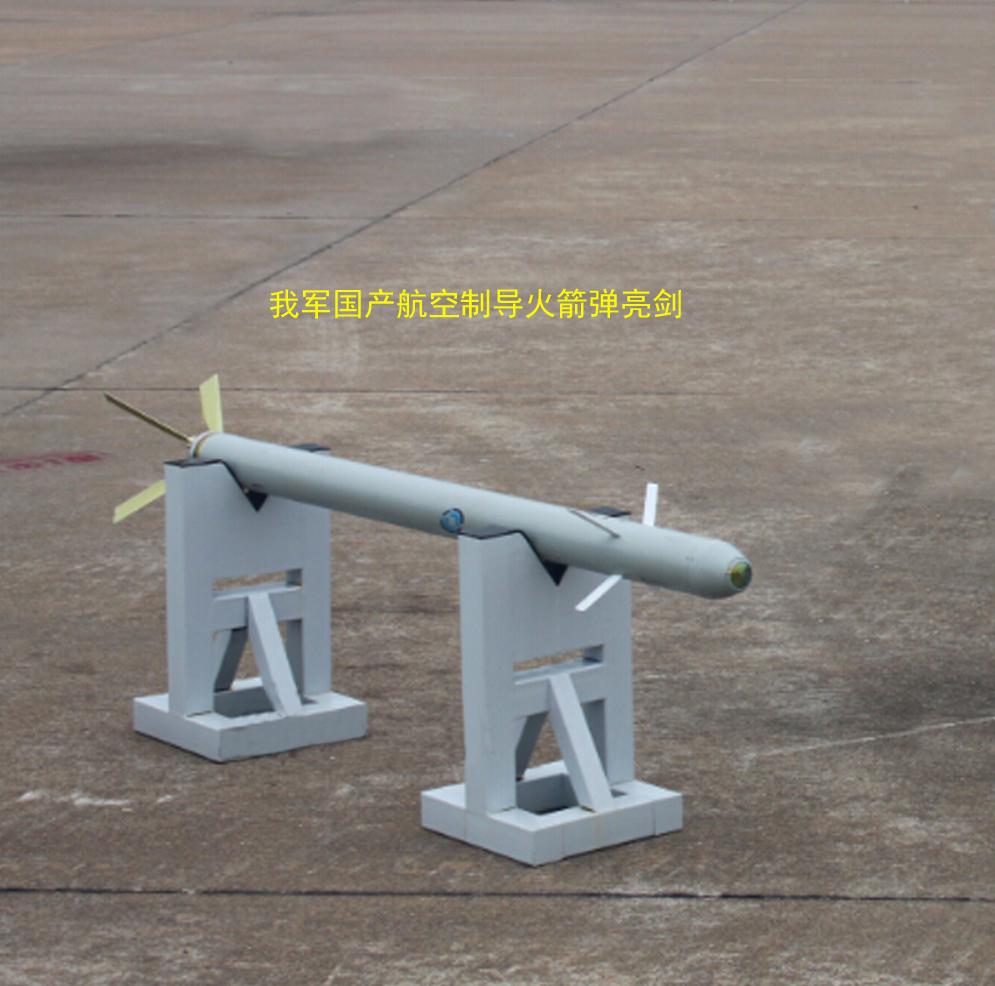 The BRM1 is a guided version of the heavy 90mm helicopter rockets, used to attack structures, infantry and light vehicles. In salvos, they can prove dangerous to even well protected tanks.

NORINOC’s BRM1 90mm guided rocket uses semi active laser guidance, has a range of 8 km and a weight of 16.8kg. It can even attack some aircraft, like low flying UAVs, as well as be used to attack concentrations of infantry, armored vehicles and high value targets like air defenses and artillery. Launched in a salvo of seven rockets, the BRM1 could even overwhelm a tank’s Active Protection System, like the Israeli Trophy, to hit the weak turret top armor. A WZ-10 attack helicopter could carry four pods of 7 BRM1s. 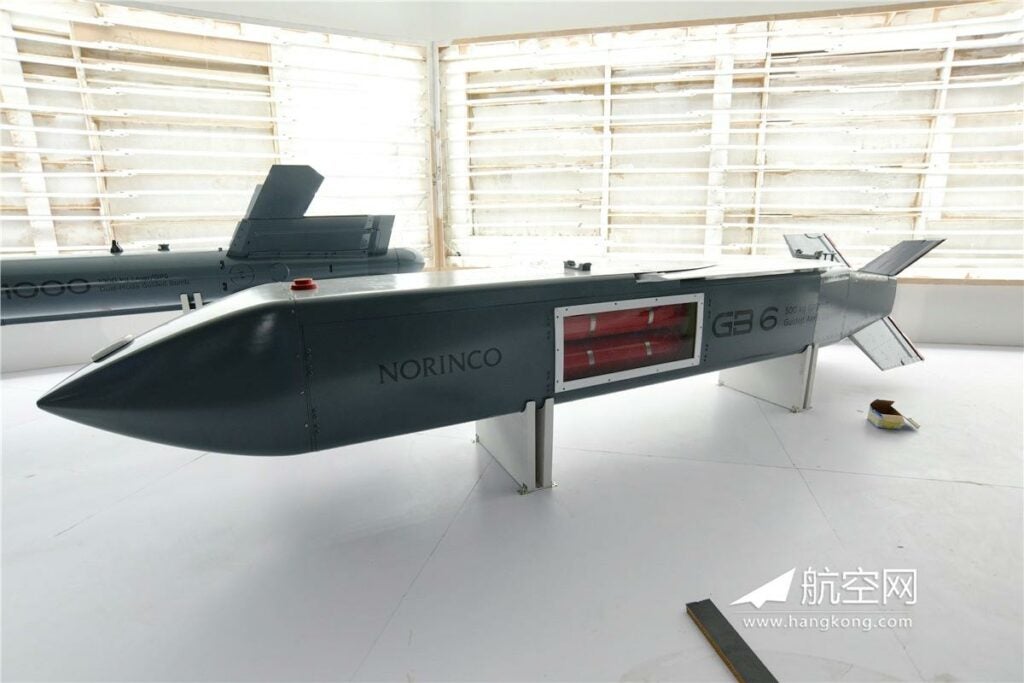 The NORINCO GB-6 is a stealthy glide bomb with a range of up to 130km. This mockup shows satellite communication and navigation antenna, as well as a cutaway where dummy submunition bomblets, either anti-runway, FAE or anti-armor, will be dispersed over the target.

Comparable to the American JSSOW bomb used in Kosovo and Iraq, another NORINCO offering is the GB-6 cluster glide bomb. It is stealthy, has 130km range, weighs about 680 kilograms, while carrying a 500 kg payload. Like the BRM1, it also debuted at Zhuhai 2012, under the name TL-500. While it can be fitted with a unitary warhead, its primary function is to disperse cluster munitions, either to destroy grounded enemy aircraft and runways, or to wipe out tank columns from above. 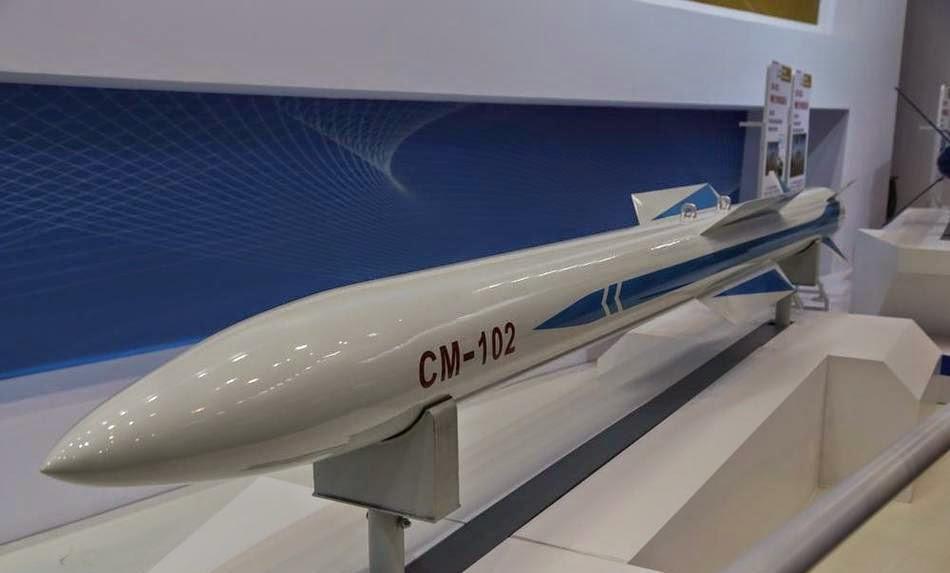 CASIC is offering the CM-102, a medium, supersonic anti-radiation missile (AMR), which has a 100km range and a 80 kg warhead. The CM-102 is intended to arm both manned and unmanned aircraft. Its anti-radiation seeker follows enemy radar transmissions back to their source, with a circular error probability (CEP) of 7 meters, which is enough to attack ships and land based radars. The CM-102 is competing with CATIC’s LD-10, an ARM version of the PL-12 air to air missile, and Hongdu Aviation Industry Corporation’s YJ-91, a copy of the Russian Kh-31. 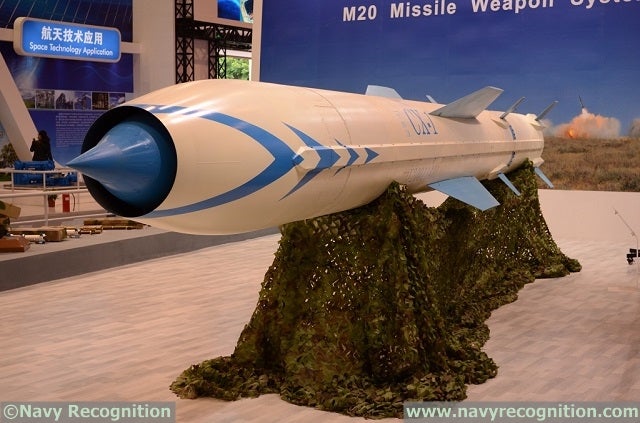 The CX-1 is China’s newest supersonic cruise missile, capable of attacking both land and sea targets. It travels at speeds of Mach 2.5-3.5, weighs at 3.5 tons and is 8.4 meters long. It resembles the Sino-Indian Brahmos missile, though it uses a different inlet shock cone.

The CX-1 supersonic cruise missile is anotherCASIC product displayed at Zhuhai. Visually similar to the Russian P-800 Oniks and Indian Brahmos heavy supersonic missiles, the CX-1 has a length of 8.85meters and weighs roughly four tons. It can be launched from land or ship, using a rocket booster to propel it to speeds of over Mach 3.0, to a range of 280km (the domestic CX-1 probably has a range of over 400km). The main competitor to the CX-1 missile is another CASIC product, the supersonic YJ-12 ramjet missile, which is already in service. The air launched YJ-12 has the advantage of a larger radar, while the CX-1 has a heavier warhead. This specialization between heavy supersonic missiles by just one defense company indicates a growing confidence in Chinese industry to simultaneously multiple high tech projects. 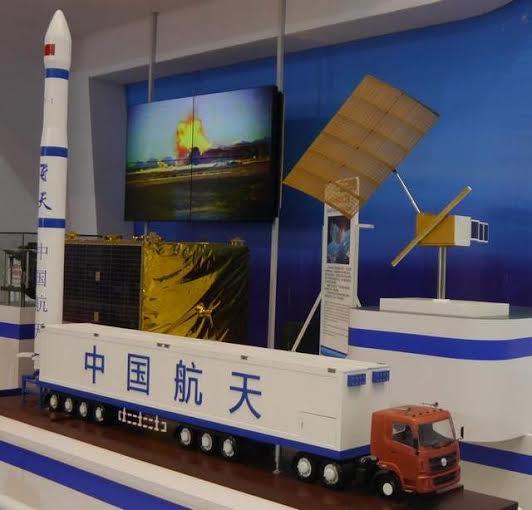 The FT-1 solid space launch rocket is a intended to launch small satellites (300 kg) at short (read emergency) launches on a mobile launcher. It is a mystery why it is displayed at Zhuhai 2014, considering that it is unlikely to be exported, and the TEL vehicle being painted in civilian targets.

Perhaps the biggest CASIC splash is the FT-1 mobile space launch vehicle, though unlike other Zhuhai 2014 offerings, theFT-1 is not for export. A model of the FT-1 was displayed at Zhuhai, with the launch vehicle disguised as a 18 wheeler cargo truck. Billed as an ’emergency satellite launch vehicle’, the FT-1 can launch satellites of up to 300kg into low earth orbit for imaging and communications purposes, whether for humanitarian relief or to rapidly meet sudden military needs. The 300kg payload is also enough for the FT-1 to take on anti-satellite, missile defense and intercontinental hypersonic strike roles. 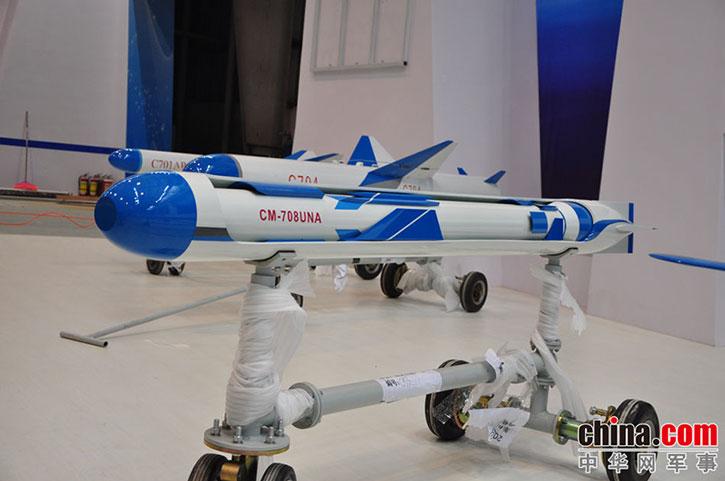 The C-708UNA is one of China’s most capable submarine launched missiles; it can cover three times the distance of its C-801 predecessor. China could sell it to long time customers like Pakistan and Thailand.

The CM-708UNA sub-launched cruise missile has a range of 128km, which gives it a 300% range increase over the older C-801 missile. The CM-708, encased in a torpedo like case, is shot out from the submarine’s torpedo tube, through the water and into the air. The missile then breaks free of its casing, fires its booster and then engine, and flies out to hit its target ship. Because it can be fired from a torpedo tube, the CM-708 would allow China’s older Song class submarines to strike enemy warships, out of the range of most anti-submarine warfare systems.