Mad, red, not quite nuclear. 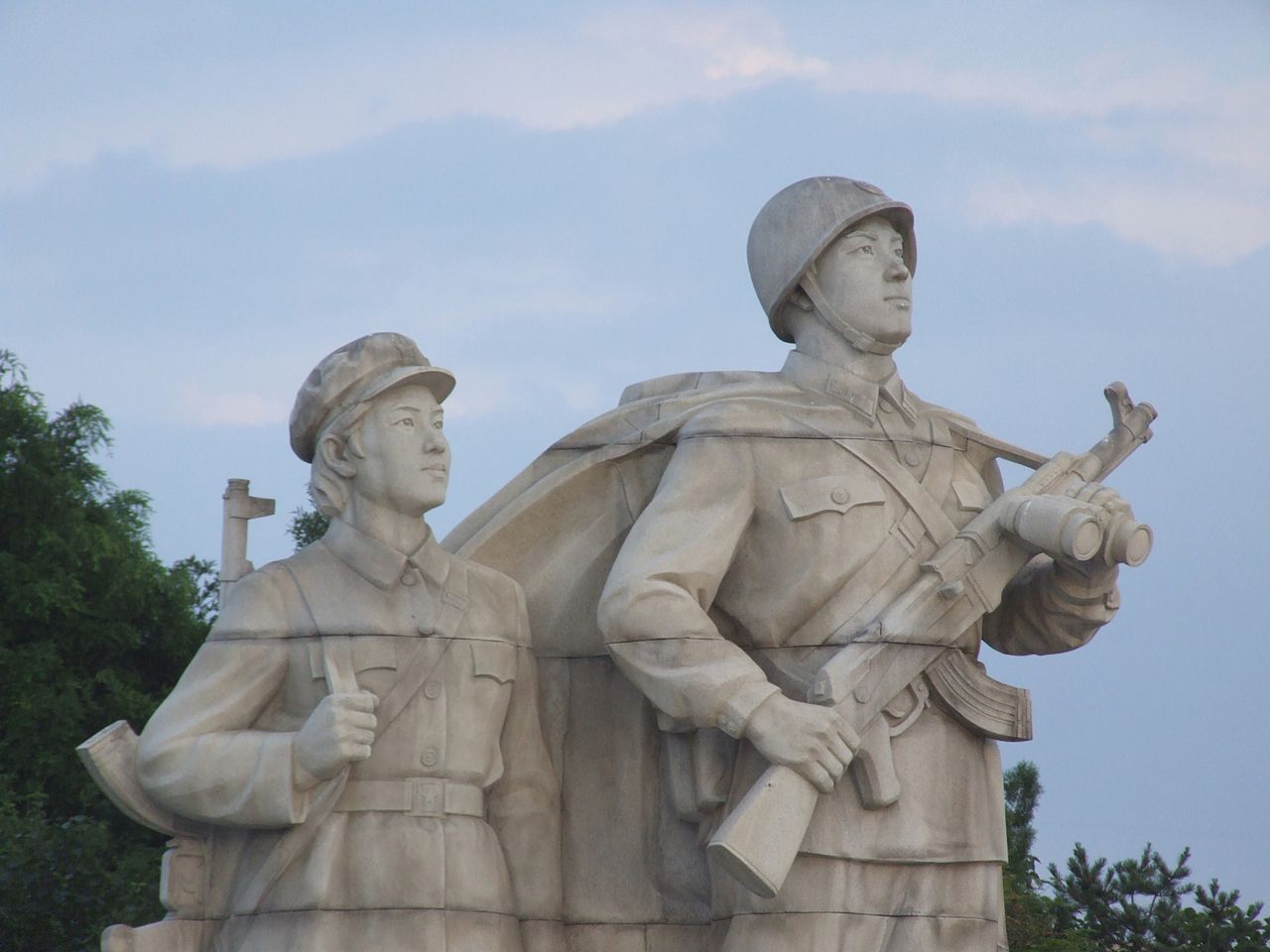 It’s not easy being mean. Kim Jong-un, the young dictator of international pariah state North Korea, started the year with a nuclear weapon test. In February, the People’s Democratic Republic of Korea (it is none of those things) launched a satellite. Earlier this month, Jong-un posed with a metal sphere that looks like a nuclear warhead. And last night, in a desperate bid for international attention, he fired a pair of missiles into the ocean.

North Korea fired two medium-range ballistic missiles from mobile launchers. One missile traveled 500 miles across North Korea from the west before falling into the Pacific Ocean. The second missile disappeared from tracking radar at an altitude of 10 miles, and may have exploded in flight.

So what danger does this missile pose? This isn’t a new ability for North Korea. “The Nodong is essentially a stretched Scud, and has been tested successfully in the past,” Melissa Hanham, a Research Associate at the James Martin Center for Nonproliferation Studies, told Popular Science. “Nodong is considered ‘nuclear-capable’ but the jury is still out on whether it could carry the “silver sphere” displayed last week. More likely it would have a [high explosive] warhead.”

That’s a tiny bit of good news for anyone worried about it carrying North Korea’s weird silver sphere as a potential nuclear warhead. The maximum range of the Nodong missile is just over 900 miles. That’s enough range to just barely reach Taipei in Taiwan if fired from the southernmost point in North Korea, or to hit targets anywhere in Japan. This is bad regionally, and it certainly concerns American forces stationed overseas, but it also means this isn’t the kind of missile that can hit the United States directly.

“The Nodongs were launched from trucks known as transporter erector launchers,” says Hanham, which is the more worrying part of the test. “Road mobile missiles present a problem to the United States and Republic of Korea, because they are easy to hide and move, but Nodongs are still liquid fueled, so they take time to set up and fuel before launch.”

So while the missiles could launch from anywhere in Korea, good surveillance from American and South Korean forces mean a Nodong missile launch doesn’t have to be a surprise. After North Korea’s satellite launch in February, South Korea and the United States issued a joint statement about deploying an American missile defense system to the South.

There is a grim schadenfreude to every North Korean weapons test. Failure is common, and public, yet the hermit kingdom persistently keeps testing, with the inevitable certainty that eventually the weapons will work, and they’ll be transformed from a bleak laughingstock to a bleak laughingstock that can hurtle nukes at anyone who laughs.