What you should know about Atlanta’s fiery bridge collapse

And you thought your commute was bad 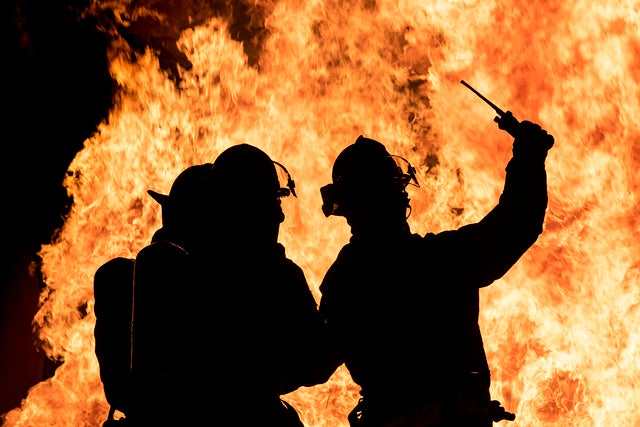 During Thursday’s evening rush hour, thousands of people in Atlanta were hurrying home, enduring all the normal agonies of traffic and carpooling that come with living in a large metropolitan area.

Suddenly, smoke and flames erupted from under the overpass on a section of northbound I-85, one of the major traffic arteries in the city.

Traffic ground to a halt as firefighters worked to put out the fire under the bridge.

Then, the bridge collapsed.

ICYMI, HERE IT IS: The moment the I-85 bridge collapsed. https://t.co/5GaPevzUkx/ #85Collapse pic.twitter.com/5GMO2iEVMm

Luckily, no one was hurt or killed in the incident, and firefighters managed to extinguish the flames. But traffic is snarled throughout the area—over 200,000 people use the bridge daily. Some city agencies started their days later to allow employees to get into work, and some schools cancelled classes entirely. The Governor of Georgia declared a state of emergency.

The Georgia Department of Transportation now has the unenviable task of determining the cause of the collapse of the northbound lanes, the extent of damage on the southbound lanes, and how to demolish and rebuild 700 feet of highway. Atlanta residents—no strangers to intense traffic problems—face detours and will no doubt start to explore alternatives to their normal routine—additional services were added to local public transportation to meet the expected increase in demand.

“What was really interesting to me was that they don’t know the cause of the fire,” says Jerome Lynch, a professor of engineering at the University of Michigan. Lynch has seen fires close bridges before. “Usually it’s associated with a truck that’s had an accident under or near a bridge, or a collision of a truck with a bridge leading to a closure,” Lynch says.

In this case, the fire seems to have started somewhere below, near construction materials stored beneath the overpass. But beyond that, little is known.

In a press conference, officials said that material stored under the bridge was “high density plastic conduit”, a non-combustible material used to encase fiber optic cables and wires in construction projects. Officials still have no idea what caused the fire.

But should those materials have been stored there in the first place? “You cannot install anything under the bridge,” says Mohamed Mahgoub, associate professor of engineering at New Jersey Institute of Technology. “This is very dangerous.”

Mahgoub has inspected, rehabilitated, and designed bridges for years. He says storing materials under a bridge can not only be a fire hazard, but can also impede the ability of inspectors to access the bridge and asses it for existing damage.

Setting aside the mystery of the fire’s cause, plenty of questions remain about the structural failure.

“When you see a bridge collapse, you don’t jump to conclusions,” Mahgoub says. “Sometimes you can’t judge the reason of the collapse right away—you need to wait for the inspections.”

That usually means sending samples into the lab for analysis, taking detailed pictures of the site, and trying to create a forensic analysis of what went wrong.

Lynch says that given the long-burning fire, the bridge’s eventual collapse wasn’t surprising. “It wasn’t completely unexpected. Typically when you have fires associated with bridges, collapse is a possible endpoint of that kind of event.”

“Fire’s effect on any structure—whether it’s a bridge or building—is that it often weakens the structure,” Lynch says. Unlike steel, concrete can’t carry tension very well, so even bridges that appear to be mostly concrete are often reinforced with steel.

“Concrete can take higher temperatures than steel. The steel melts at lower temperatures,” Mahgoub says. “Once the bars melt, it’s as if they were not there.”

But even though the bridge failed and Atlanta is facing—at the very least—several months of repairs, in some very crucial ways, the bridge did its job. It didn’t crumble with the first blush of heat from the fire, but succumbed over a (relatively) long period of time, long enough for officials to close down the bridge and get people out of the area.

“That’s one of the things we strive to do as structural engineers. If the structure is going to fail, they should fail over a long period of time so we can evacuate the structure,” Lynch says. “The safety of people is our number one priority.”

This particular bridge collapse is the kind of sudden event that can be hard to plan for. But other bridges around the country are facing much more drawn-out challenges, as decades-old bridges age and deteriorate.

Bridges in Georgia have a C- grade from the American Society of Civil Engineers, slightly less than the average C+ grade for bridges across the country.

Both Lynch and Mahgoub are working on sensors that can be installed in new and old bridges to monitor an array of vital signs, from temperature and humidity to the rumble of traffic, and head off problems long before they happen.

Sensors are slowly being installed in initiatives across the country, but some of the most basic opportunities for safety come in regular inspections to check for problems. Bridges are supposed to be inspected every two years by qualified, certified inspectors, but funds for inspections by state and local governments can be thinly spread. Mahgoub hopes that events like this show the importance of regular check-ups.

“Bridge inspection is very important,” Mahgoub says. “We are talking about human lives.”