Anti-Surveillance Hoodie And Scarf Prevent Drones From Tracking You

Or, how to accessorize in Waziristan. 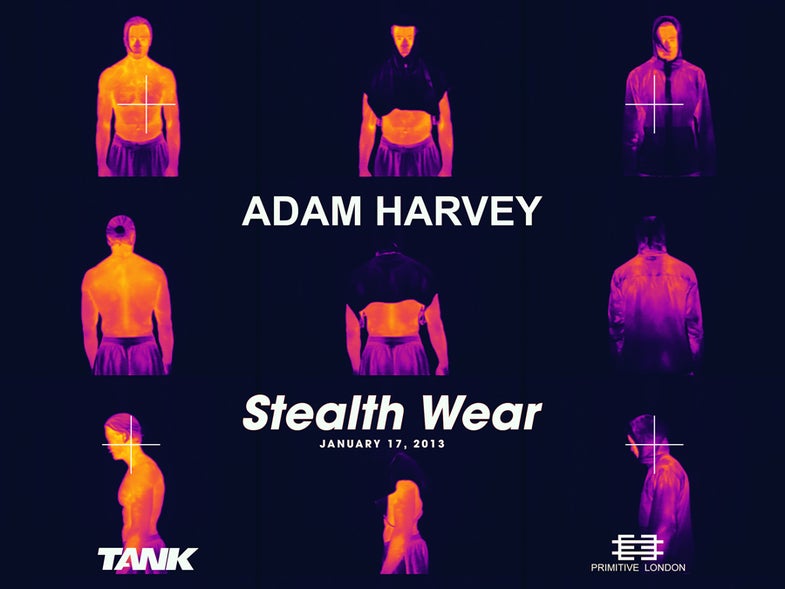 The increasingly vast suite of surveillance tools available to state authorities has certainly given privacy advocates something to bristle at. In an exhibition launching this week, NYC-based artist Adam Harvey and fashion designer Johanna Bloomfield are demonstrating fashion’s potential to thwart surveillance by state actors via accessories like a heat-cloaking anti-drone hoodie and scarf.

The exhibition will show off several garments designed to either stymie or protect against various privacy-probing surveillance technologies, including a shirt with an X-ray-deflecting patch over the heart, an “off pocket” that zeroes out your phone’s signal when it’s inside, and the aforementioned hoodie and scarf, both engineered to conceal the body’s thermal signature that can be picked up by the IR sensors built into many surveillance cameras and drones.

Though both Harvey and Bloomfield are NYC-based, the exhibit will show in London–appropriate considering London’s legion of public surveillance cameras. If you’re local, it runs January 18 through the end of the month. Details via the link below.