Fact Check: Ex-Cop Fugitive Christopher Dorner Is Not Being Hunted By Drones

A tale of drones hunting Dorner may have made headlines, but it isn't true. What is true is that police have used drones to hunt suspects before. 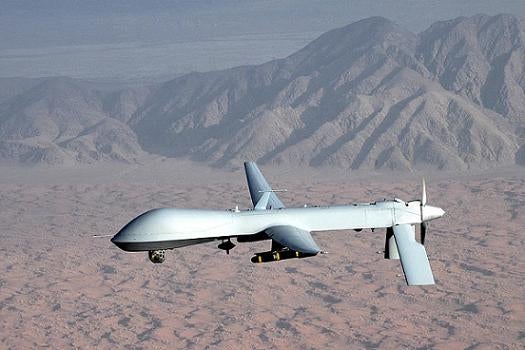 A couple days ago, news broke in British tabloid the Daily Express that a drone was being used to track fugitive and alleged cop killer Christopher Dorner. The headline, amplified by a (since corrected) pickup from MSN, claimed that Dorner is “the first drone target on U.S. soil,” and quickly spread to Global Post, the Blaze, and Gizmodo. It even inspired a speculative Op-ed in the the Guardian.

Secondly: If Dorner were tracked and arrested with the help of drones, he wouldn’t be the first one on U.S. soil.

In 2011, North Dakota’s “Nelson County Sheriff Kelly Janke went looking for six missing cows” that had wandered away from their owners. The cows turned up on the Brossart family farm, a 3,000-acre expanse that at the time housed Rodney Brossart and four of his adult children. Three of the adults on the property armed with rifles scared off the sheriff.

Knowing there was a chance the Brossarts could start shooting, Sheriff Janke called for some special reinforcement–not state troopers or a SWAT team he already had with him, but a Predator drone from Customs and Border Protection. With its long flight time, ability to linger over an area, and infra-red sensors, the drone was ideal for tracking movement on the farm. Thanks to the drone surveillance, police were able to arrest everyone on the farm without firing a shot.

The Brossarts are the first known Americans to be arrested by drone-assisted police but police have been using regular old aircraft to help arrest criminals for decades. The LAPD itself acquired its first helicopter in 1957, and currently maintains a fleet of 15 helicopters. These have been used in numerous arrests, and are such a familiar sight that Ice Cube even has a song about them. 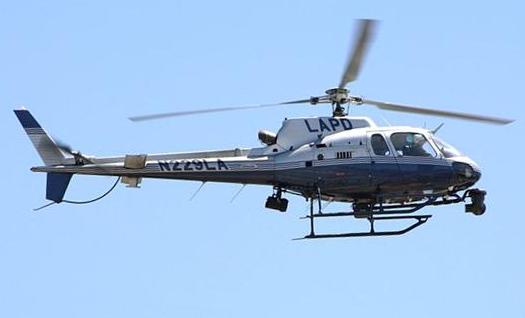 In fact, the use of helicopters in the Dorner manhunt has already been reported, with the Los Angeles Times noting “agencies from throughout the region collaborated on an aerial search using two helicopters equipped with infrared cameras that detect heat” to try and find the rogue cop. If any aircraft are going to help catch Christopher Dorner, it is far more likely it will be one of these.