Locata's technology goes where GPS can't, delivering a signal one million times stronger than those beamed from satellites. 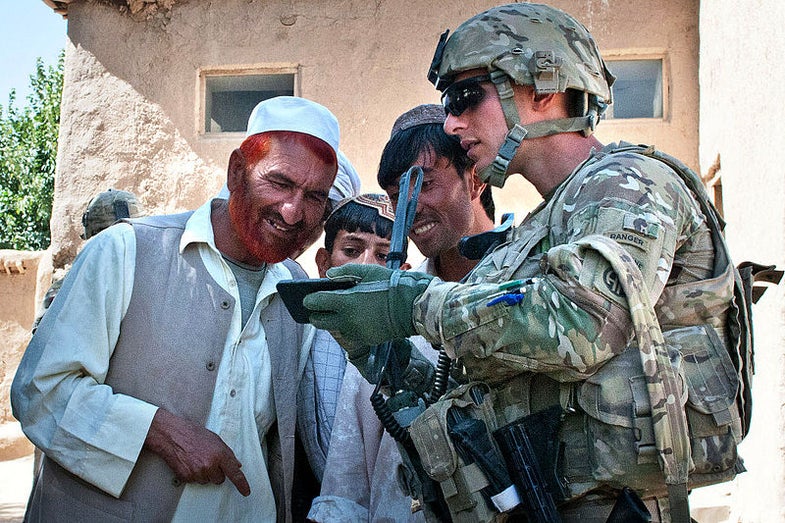 Indoor navigation is most certainly the holy grail for positioning system makers right now. Satellite-based location technologies like GPS work wonderfully out under the open sky, where signals bounced from satellites to receivers on the ground are unhindered by man-made structures or natural obstructions. Take that same technology into the subway or a large shopping mall, and the signal goes dead. But a new ground-based positioning system called Locata could soon replace or augment satnav using radio signals that are a million times stronger than GPS signals, indoors or out.

There have been copious attempts at providing indoor location services by dozens if not hundreds of companies, but nothing has yet proven effective enough to be rolled out on a commercial scale. Most technologies have short ranges and relatively wide margins of error (up to several yards). Even GPS, developed for the U.S. military and now standard on all kinds of consumer devices, suffers from weak signal strength as the entire scheme relies on a constellation of satellites parked in faraway orbits.

There’s no telling if Locata will be the technology that breaks through the various obstacles that have hamstrung previous attempts at indoor positioning, but there are reasons to think it might. The U.S. military seems to think it holds serious promise–the Air Force has already tested Locata’s technology and found it accurate down to less than eight inches, and the military last month signed a contract to conduct large-scale testing of the technology at White Sands Missile Range in New Mexico.

Rather than working via satellites, Locata works off ground-based signal stations that generate a kind of localized “GPS hotspot.” So Locata doesn’t enjoy the benefit of being ubiquitous, always in the sky for anyone to use anywhere like GPS. But where deployed it is reportedly a good deal more accurate than GPS boasting far stronger signal strength, and it works in all those places that GPS signals can’t go–inside sprawling buildings, in subterranean mines or caves, on factory floors, or on city streets where surrounding buildings interfere with standard GPS.

If the technology is up to military standards, it could be rolled out as an augmentation to conventional GPS with huge implications for the future of positioning technology. For the U.S. military, itself operating more and more in urban areas where grunts are either indoors or in “urban canyons” where GPS signals aren’t at their strongest, the technology has obvious value. But, as New Scientist points out, the real killer application for indoor positioning and navigation could be in robotics.

Robots using something like Locata could navigate interior spaces with precision without relying on computer vision technologies and other complex navigation sensors. These robots could use Locata to help map interior spaces–in other words, they could use Locata to help make Locata an even more robust technology for both humans and other robots to use. Where the future of positioning technologies is concerned, that’s a nice positive feedback loop to think about.