Fashion for the stealthy 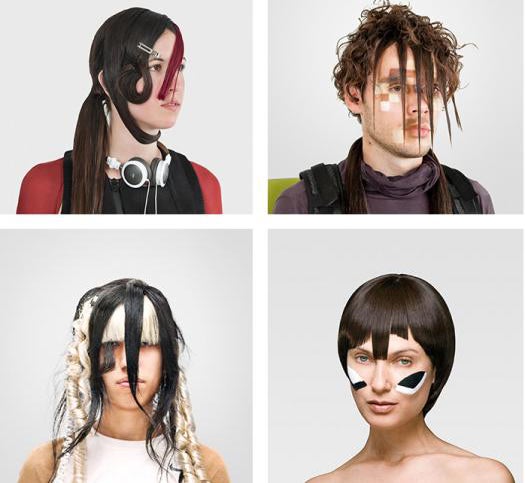 In the documentary film “Citizenfour” by Laura Poitras, it’s revealed that Edward Snowden‘s longtime girlfriend Lindsay Mills also left the United States and joined Snowden in Russia. Cheekily, Vogue suggests a trio of outfits for Mills, to match both the climate and the need for discretion that comes with proximity to the source of a major intelligence leak.

The outfits are pricey; this story is as much about high-end winter fashions as it is spycraft. Listed prices for the items cost, combined $13,563, and there are several other items with prices available upon request. That’s a lot of money for anyone, particularly someone who’s trying to avoid detection while living in exile abroad.

Here are some alternate suggestions:

Instead of: Valentino camouflage coat (price available upon request)

Adam Harvey has a whole line of stealth wear, designed as both a comment on and protection from modern surveillance. Many of the designs mask a person’s thermal signature, so they blend into the background when seen through infrared cameras. The designs are pretty conspicuous when seen through the normal visual spectrum, though, so probably best to wear a jacket over a stealth hoodie.

Fur-covered sneakers will stand out in a crowd while failing to conceal anything about a person’s identity. If one is going to hide in plain sight while looking like a peacock, there are better ways to do that. Also by Adam Harvey, Computer Vision (CV) Dazzle is a whole category of makeup application that confuses facial recognition software by using sharp contrasting shapes. CV Dazzle draws its inspiration from World War One battleship camouflage, designed to confuse enemies and especially submarines about exactly how far away their target was. Dazzle paint looks nothing like the background environment yet still obscures the appearance of the wearer.

Instead of: Versace Mystique watch

Vogue recommends the watch, paired with a print dress and spring-colored coat, as a “Memories of Hawaii” ensemble, nodding both to the fact that Snowden and Mills left Hawaii and that Russia can be very, very cold. Dressing with nostalgia for an old home is fine, but anonymity-protecting apps can make it look like a person is still accessing the internet from their old haunts. When writer Kevin Roose tried to spend a day online hiding in plain sight in San Francisco, he used HideMyAss, a secure virtual personal network that allowed him get online in the Bay Area but “make it look like I’m logging on from Brazil or Bangladesh.”

In October 2007, Popular Science writer Catherine Price tried living for a week while masking her identity from surveillance technologies. Using cash, Price bought and activated a pre-paid phone under an alias: “Mike Smith”. Many of her steps would be repeated by other writers trying out anonymity, and she herself got help from security researchers to figure out how exactly to keep information private in a world that wants it at every turn. Most of the time Price just wore a cap and sunglasses to obscure her face in surveillance cameras. A trip from the East Bay into San Francisco for the International Association of Privacy Professionals required snagging a ride from an informal carpool network, and for the trip Price wore a face visor. As she describes it: