Build Your Own DIY Space Plane

A Swedish man modified an RC airplane, stuck a camera on it, and then flew it to space and back. 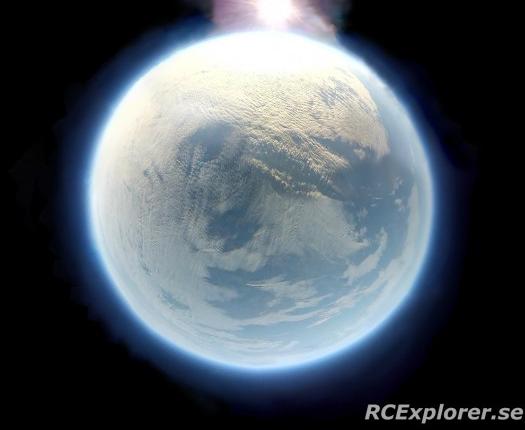 One of the more delightful YouTube video genres involves sending a camera towards the blackness of space beneath a weather balloon. The first one I ever saw featured a father and his young son in Brookyln. Other have used it for everything from college admission letters to Hello Kitty to Natty Light, to even a LEGO version Felix Baumgartner’s jump. Okay, that last one didn’t actually make it to space, but it fits the genre: slow launch, frantic first person footage as it plummets, and then a triumphant recovery. Most of these drops rely on a tough camera casing that can survive the fall back to Earth.

David Windestål of Sweden had a different idea. What if, instead of just sending a camera into space, he sent a drone? Well, technically an RC model plane. Here’s how he did it:

Start with a model airplane

Windestål picked the FunJet, an RC plane with enough interior space to hold the gadgets he wanted to add.

The video transmitter allows for first-person-view remote control flying. Essentially, it gives the controller a view from the camera mounted inside the cockpit, allowing Windestål to fly the plane as though he were on board. Windestål chose the Lawmate 1W 1.2GHz, a transmitter with an overheating problem that actually becomes an asset in the cold upper atmosphere.

The most inventive part of Windestål’s design is the mechanism that releases the plane from the hydrogen balloon that carries it to space. While it didn’t work perfectly in flight, the device is still a good solution to a tricky problem. When the balloon that is carrying the plane gets high enough, it will inevitably burst as the gas inside expands beyond the ability of the balloon to contain it. When that happens, the tangle of balloon risks getting in the way of the radio antenna and covering the camera. Not fantastic. To try to cut the plane loose from the balloon before that happened, Windestål tied a wire around the string holding the balloon, and then at the flick of a switch ran more electricity through the wire than it was rated for, causing it to burn through the rope over the course of 10-30 seconds.

After the modified FunJet disconnected from the balloon, it began plummeting toward Earth. Windestål got control of the plane after 20 minutes and was able to fly it back to the ground, steering it past a road before gracelessly striking a tree. Watch the video below:

Windestål put together a detailed DIY guide describing how he constructed his space plane. One word of caution: Helium is very expensive in Sweden, so Windestål instead used highly flammable hydrogen to inflate his balloon. If hydrogen in balloons sounds familiar, that’s probably because of the Hindenburg,, an airship which caught fire and exploded in 1937. Windestål recommends against using hydrogen, and I can’t agree more.