Squishiness Will Let Robots And Humans Work Side By Side

Today’s industrial robots have superhuman power, precision, and speed to tirelessly paint, weld, and transport massive objects. But they have... 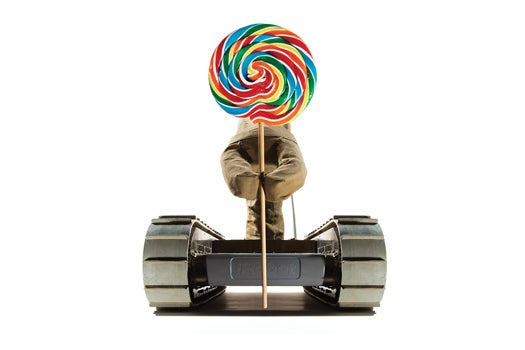 Today’s industrial robots have superhuman power, precision, and speed to tirelessly paint, weld, and transport massive objects. But they have to be programmed for each specific task (and if one accidentally smacks you in the face, it could kill you). And so, for all their success in factories and warehouses, robots remain conspicuously absent from our homes and everyday lives.

To make human- and robot-kind more compatible, researchers have begun to develop machines with soft, deformable parts instead of hard ones. The promise of these squishy bots is twofold: They could operate more safely around other squishy objects—like us, for example. More important, their malleability makes them versatile enough to interact with a variety of objects (credit cards, dog food, coffee cups) without becoming astronomically expensive. Barry Trimmer, of Tufts University, is editor-in-chief of the field’s first dedicated journal, Soft Robotics, which launched in November. “You want precision in the factory, but in the real world, a lack of precision actually helps,” he says. “Soft materials let you automatically deal with your environment.” 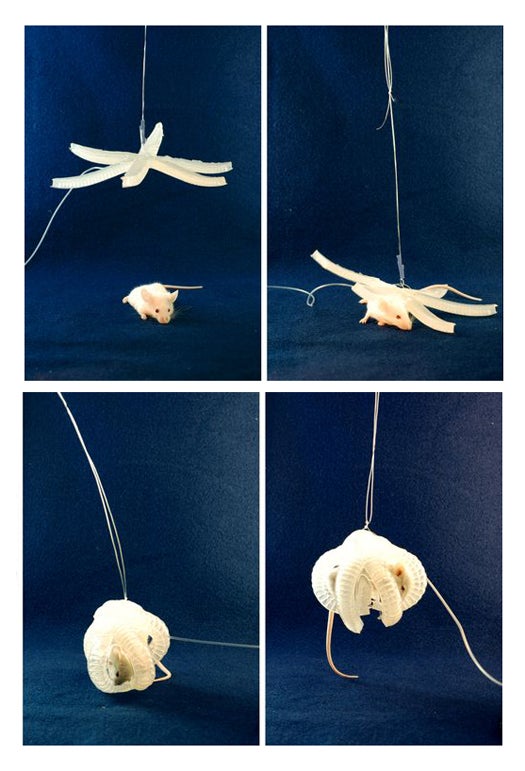 A starfish-based robotic gripper picks up a live, anesthetized mouse.

Some of the simplest tasks remain tough for robots to do. “Grasping is still one of the greater challenges in robotics,” says Carmel Majidi, a soft-machines researcher at Carnegie Mellon University. Generating the perfect shape and pressure to squeeze something delicate without crushing it usually requires a lot of intelligence and sensory feedback. But soft robots can mold themselves to an object’s shape and apply pressure across a greater surface area, eliminating troublesome high-pressure spots. Massachusetts company iRobot, which makes the vacuuming Roomba, has built several soft robots that may someday pick up all sorts of objects they haven’t encountered before. For example, the Advanced Inflatable Robot arm (AIRarm) consists of a fabric tube with a soft, two-pronged pincer at the end. Inside are six inflatable bags that act like bones, along with musclelike cables that move them. To grab something, the AIRarm adjusts the bags’ positions to mold its pincer around the object.

In the past couple of years, robots resembling starfish have clutched an egg and a live mouse.
For demonstration, the AIRarm currently attaches to iRobot’s PackBot, a treaded machine used to defuse bombs. PackBot’s standard metal arm weighs 21 pounds and is loaded with motors and sensors. The AIRarm weighs half a pound, so it would use less battery power, and because it has flexibility and fewer moving parts, it should be cheaper and more reliable. It can lift three pounds, giving it a strength-to-weight ratio about nine times that of the standard arm. And when not in use, the AIRarm can deflate and be compactly stowed in a robot’s body, freeing up room for other payloads. So far, the arm has toted bottles and briefcases. With a new round of funding from DARPA, the AIRarm team is designing modular components that zip together to create different arm shapes, and it might add Kevlar-based skin for durability.

Although the AIRarm is made to work on a traditional hard-robot platform, other researchers are developing robots that are completely soft. For example, chemist George M. Whitesides’s lab at Harvard has created several squishy silicone robots that use air for propulsion. In the past couple of years, robots resembling starfish have clutched an egg and a live mouse; a tentacle bot has held a flower. And a four-legged walker has crawled, sneaked under obstacles, and changed color when dye was pumped into tiny channels in its body.

Whitesides and others think that some of the first applications of squishy robots will be in assistive medicine and rehabilitation. “We’re talking about situations where you want to have a robot in contact with a human being, but in soft contact,” says Whitesides. A soft robot could be an extra pair of hands for surgeons, carefully cradling organs. Firm yet forgiving exoskeletons could help the disabled move around in their homes. And pliable machines could aid with search and rescue, where terrain is unpredictable and varied. In many applications, the way to make robots function better is to make them more like us. “If we want to integrate robots more into our everyday lives,” says Trimmer, “they need to be more organic.”