With New Programming, Autonomous Airplanes Can Navigate on the Fly With No GPS

Self-piloted drones may be able to land or fly almost anywhere — even aircraft carriers — but they need some... 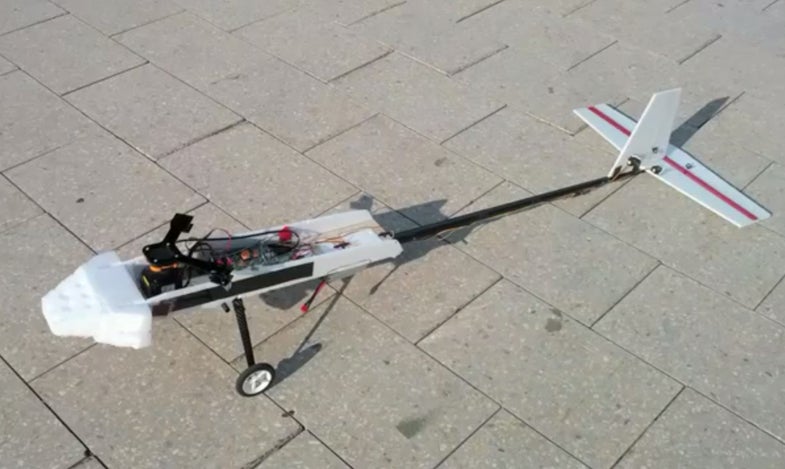 Self-piloted drones may be able to land or fly almost anywhere — even aircraft carriers — but they need some complex navigation skills to do it, including the somewhat existential ability to know where they are in the world. But this is difficult without some type of onboard relative positioning system. A new algorithmic project at MIT straps netbook computer parts to a specially designed, laser-equipped airplane that can find itself and navigate tight spaces safely.

First, the researchers needed a plane that could carry all the computers and electronics it would need to fly, yet still handle tight spaces and low speeds with aerodynamic ease. MIT professor Mark Drela came up with this unusual short-winged model, which buys the aircraft slightly more response time in tight spaces. The Robust Robotics Group, led by associate aeronautics and astronautcs professor Nick Roy, used two types of algorithms to help their airplane locate itself in real time.

It was pre-loaded with a map of its environment, but it’s still enormously challenging to write programs that can determine where the plane is on this map. The aircraft uses a laser rangefinder, accelerometers, gyroscopes and other sensors to figure out its orientation, speed and other properties, which means lots of computation is required. To figure out its state of being at any given moment, the plane has to calculate 15 different values, according to MIT News. A combination of two state-estimation algorithms figures this out on the fly, allowing the plane to dodge obstacles it only just figured out it was approaching.

Using these algorithms, the plane recently flew through the parking garage under MIT’s Seuss-y Stata Center, covering more than three miles at 22 MPH. It successfully dodged support beams, cars and vans, and the low ceilings in the garage.

It’s a complex problem in many ways, not the least of which is a fixed-wing airplane’s inherent slower response time, according to Roy. “It’s going much faster, and it can’t do arbitrary motions,” Roy says. “They can’t go sideways, they can’t hover, they have a stall speed.”

The next step is to endow the plane with the ability to create its own map on the fly, in real time — a much bigger challenge.

The aircraft uses a laser rangefinder to locate itself in a map of its environment.