Researchers Trying to Give First Supersonic Biplane Some Lift

In the 1930s engineer Adolf Busemann conceived of a supersonic biplane that produced no sonic boom—the shock waves would bounce... 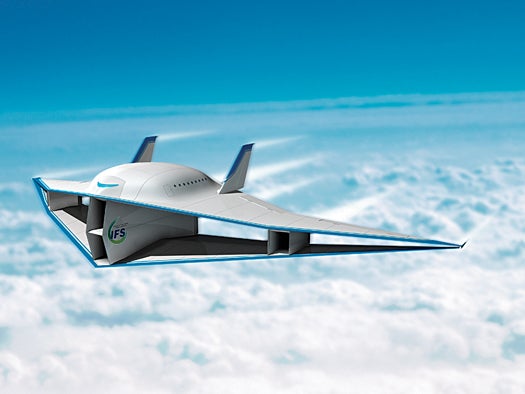 In the 1930s engineer Adolf Busemann conceived of a supersonic biplane that produced no sonic boom—the shock waves would bounce off the plane’s two wings at opposing angles, nullifying each other. But the design created so much drag that the plane wouldn’t have been able to fly. Now two groups are trying to improve the concept with computer simulations. Engineers at Japan’s Tohoku University devised wings with shifting flaps that adjust for drag at different speeds. And researchers from MIT and Stanford University widened the air channel between the wings and tilted their leading and trailing edges. If either design gets built, it could be the first supersonic biplane to take off.

See the supersonic Concorde jet breaking the sound barrier below.