The Labs That Go Boom: The DHS Center of Excellence Destroys IEDs

Learning to stop bombmakers--even before an explosion goes off 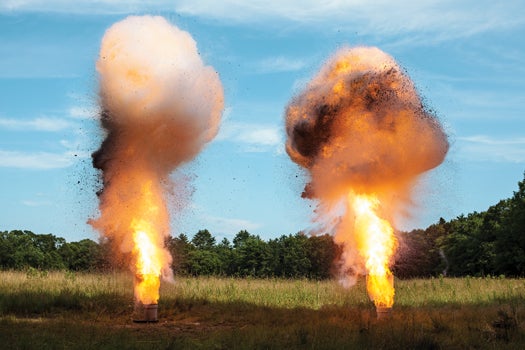 Car bombs, improvised explosive devices and pipe bombs—for students at the University of Rhode Island’s energetic materials lab, those tools are as common as a hammer is to a carpenter. The lab, run by chemist Jimmie Oxley and supported largely by the Department of Homeland Security, offers the most diverse explosives curriculum in the U.S.

And many of the students who study there will advance to jobs on the front lines in the fight against criminals and terrorists. 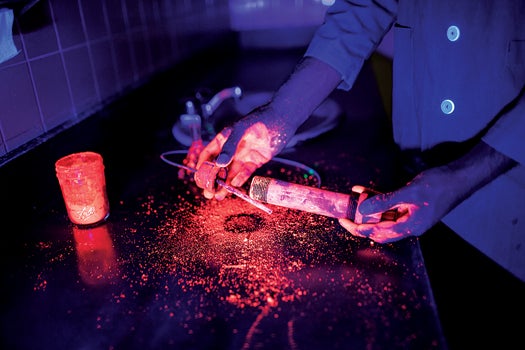 Students use ultraviolet light to locate residues from a pipe bomb.

Students typically build their explosives in the lab, then transport them to a firing range on a 2,200-acre site 30 minutes from campus. There, they test new detection methods and blow up their devices to study what happens during and after a blast. They also analyze chemicals used in bomb construction, such as hydrogen peroxide, and test chemical additives that could reduce or eliminate the utility for bombmakers. Occasionally they assist Oxley in less dangerous pursuits: They help her advise television shows based on forensic science, including CSI and Curious and Unusual Deaths.