Timelapse video shows wildfires across the U.S., as seen from space 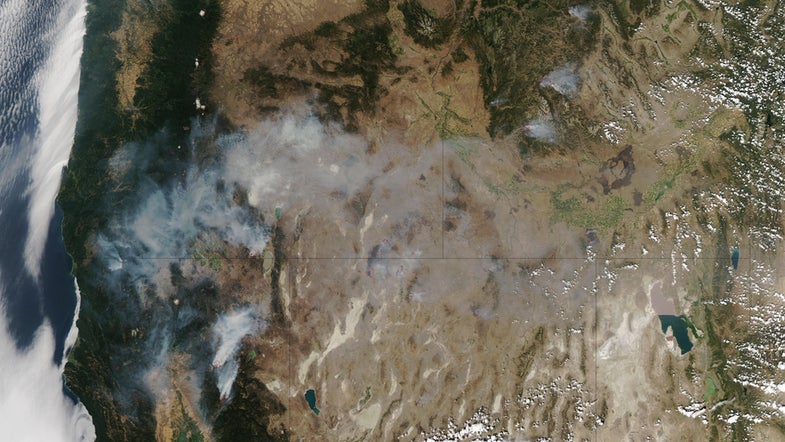 As wildfire consumes hundreds of thousands of forested acres every summer, NASA’s Earth-observing satellites keep tabs on the destruction. The Aqua and Terra satellites can help scientists and land-use managers figure out how much land has burned and where, as well as how fires are responding to the changing climate. Now the visualization wizards at NASA’s Goddard Space Flight Center have stitched this data together into a timelapse video, which you can watch past the jump.

The video includes fires detected in the continental United States from 2002 through July 2011. 2011 was a banner year for wildfire, with 2.7 million acres burning just in Texas, and featuring a fire that threatened the Los Alamos National Laboratory in New Mexico.

From 2009 to 2011 alone, more than 200,000 fires consumed 18 million acres across the nation. NASA says that is equivalent to the combined area of Massachusetts, Vermont, New Hampshire, Delaware and Rhode Island. And that doesn’t even include 2012, in which wildfires gobbled hundreds of thousands of acres in Colorado, New Mexico and throughout the rest of the West.

Check it out, and notice the fiery trends: