Records are made to be broken, and a bunch of students at the University of Maryland are smashing the ones... 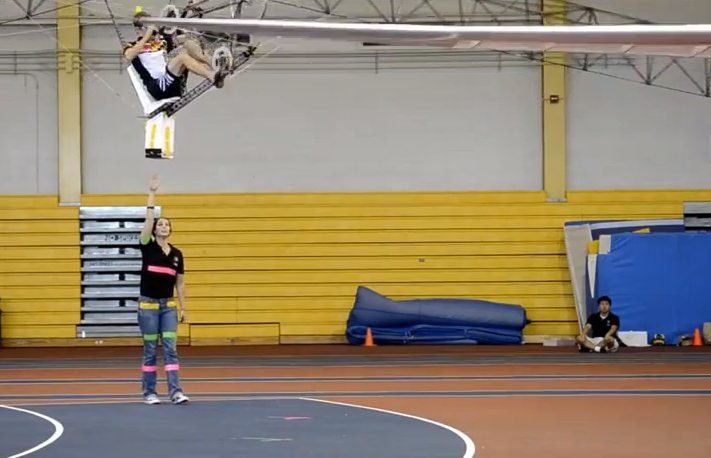 Records are made to be broken, and a bunch of students at the University of Maryland are smashing the ones they just set earlier this summer. They’re so close to winning the crazy-hard American Helicopter Society’s Igor I. Sikorsky Human-Powered Helicopter competition — watch an amazing eight-foot flight past the jump.

Henry Enerson, a freshman at UMD, is one of a handful of pilots taking turns furiously pedaling in the cockpit of the Gamera II, a human-powered quadcopter. The team has already met one major requirement of the Sikorsky Prize this week, hovering for 65 seconds. Now if they can hit one minute and get a little higher than 8 feet — to exactly 3 meters, or 9.8 feet — they’ll win the $250,000 32-year-old prize.

The team has been testing all week but had to take a break for a few hours today so the students could go to class. We’re following their progress and we’ll update here if they set any further records — meanwhile, watch Henry’s flight below.