Today in 1929, Jimmy Doolittle became the first pilot to take off, fly, and land a plane using instruments alone. 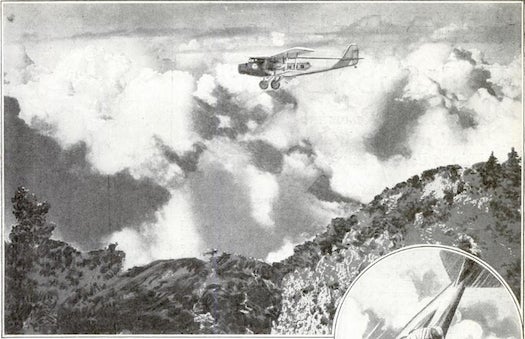 If modern autonomous warplanes had flexible wings, today they might salute Jimmy Doolittle, the first pilot to prove that aircraft don’t need human eyes to navigate. On September 25, 1929, Doolittle took off, flew, and landed a plane using only his instruments–the first-ever “blind” flight. PopSci lauded the historic feat a year later, in our November 1930 issue:

With modern apparatus, a capable pilot has little trouble flying blind. But landing “blind” is another matter. Under special conditions at a familiar field this was accomplished by Jimmy Doolittle, one of the best pilots in the world, during the Guggenheim fog tests.

Though Doolittle demonstrated that a blind landing was possible, the stunt remained grueling and dangerous:

At present, no pilot attempts it if he has a parachute. When mail flyers run out of fuel in a fog, they kiss their ships good-by and take to their parachutes. 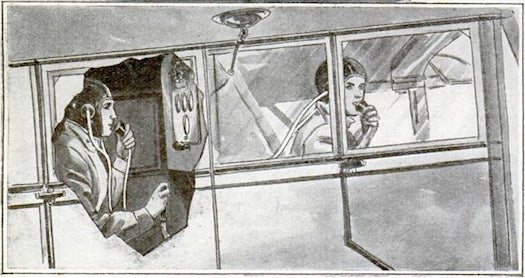 Student in dark room at the controls, using speaking tubes and ear phones for communication during two-way flight.

By 1930, many flight schools included training in blind flying. But students and seasoned pilots alike found it difficult to trust the newfangled technology:

One of the first things a pilot has to learn in training for blind flying is to forget his sensations and trust the instruments. That’s not easy, especially for experienced flyers. If you put a ship into a right turn, straighten out, and then ask a passenger, who has kept his eyes shut during the maneuver, what the ship is doing, he will invariably say: “It is still turning to the right.” That is what his sensations tell him.

PopSci also described new instrument panels that used a visual trick to keep pilots focused on the big picture, rather than on one or two dials:

The latest instrument boards are so arranged that the hands of the main dials point toward each other in straight lines. When the pointers are all lined up, the pilot knows that he is flying under normal conditions in reference to speed, height, and so on. If one hand moves and breaks the line, the pilot can easily see it. 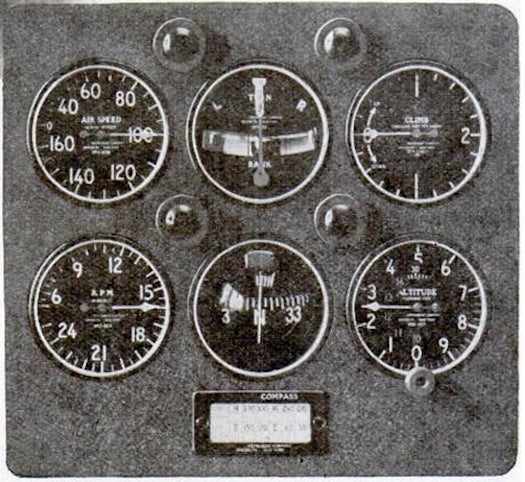 Instrument board in a plane equipped for blind flying. Dials are mounted so hands make straight lines across panel.

Read the full story in our November 1930 issue: Blind Flying – A Race Against Death With Only Dials To Guide You.