Projects like Turkey's Ilisu Dam can heighten political tension. But there are ways to bring it down a notch 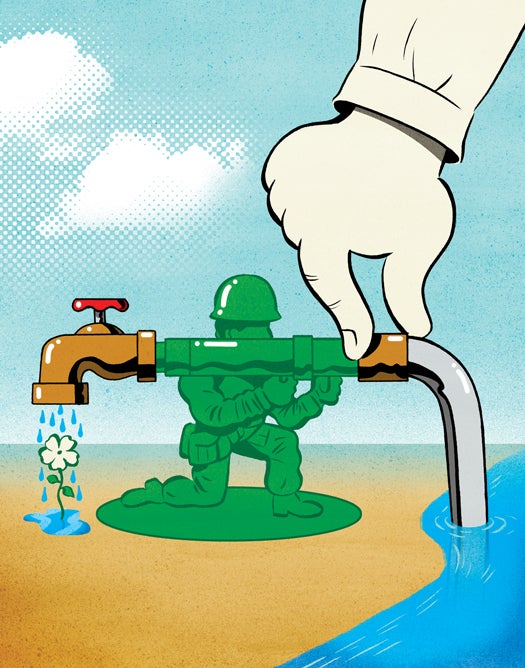 Somewhere around 2014, if all goes according to plan, Turkey will complete the Ilisu Dam, a major component of one of the world’s most ambitious—​and controversial—​hydro-engineering projects. The dam is the latest addition to the $32-billion Southeastern Anatolia Project (known by its Turkish acronym, GAP). Along with 21 other dams, Ilisu will lock up the entire Tigris and Euphrates watershed, creating 7,476 megawatts of hydroelectric capacity and irrigating a parched farm region nearly the size of New Jersey. Ilisu’s reservoir, however, will also flood the ancient city of Hasankeyf, uproot as many as 70,000 members of Turkey’s struggling Kurdish minority, and give Turkish engineers an alarming degree of control over the fate of their downstream neighbors in Iraq.

Many nations depend on rivers that flow across borders, but none so much as Iraq, which gets its water from only two sources: the Tigris and the Euphrates. When Turkey filled another GAP reservoir in 1990, it shut down the Euphrates for a month, and the two nations nearly went to war. Once Ilisu is complete, Turkey will be able to shut down the Tigris, too.

GAP is perhaps the starkest demonstration to date of how engineers can exacerbate longstanding water conflicts. Fortunately, there are ways engineers can also help ratchet tensions back down.

First, they can provide better data about how much water there is to share. Researchers at the University of California at Irvine are using NASA Gravity Recovery and Climate Experiment (GRACE) satellites to measure tiny changes in the gravity of aquiferous regions in order to determine how much water has been removed over time. “When it comes time to negotiate treaties, people are going to think ‘Well, we really can’t hide stuff from our neighbors,’ ” says Michael Campana, a hydrogeologist at Orgeon State University who studies water-resource management.

Second, they can provide more to share. Many municipalities are exploring artificial recharge systems for storing water in aquifers (rather than in open reservoirs), substantially reducing evaporation. Engi­neers on a pilot project in Gujarat, India, meanwhile, have covered a half mile of irrigation canal with solar panels, preventing nearly a quarter-million gallons’ worth of evaporation annually.

Finally, engineers can provide other things to share in place of water. “Hydro­electric energy is a nonconsumptive use of water,” says Jonathan Lautze, a researcher at the International Water Management Institute. “There is potential for both water and energy to be shared.” Iraq has struggled for decades to build its electrical capacity. And so Turkey, by running high-voltage lines south, could share something Iraq wants almost as much as water: It could share the GAP itself.