How It Works: A Smarter Crash-Test Dummy

How the next generation of sensor-packed devices gather 70,000 data points per second to make cars safer for flesh-and-blood humans 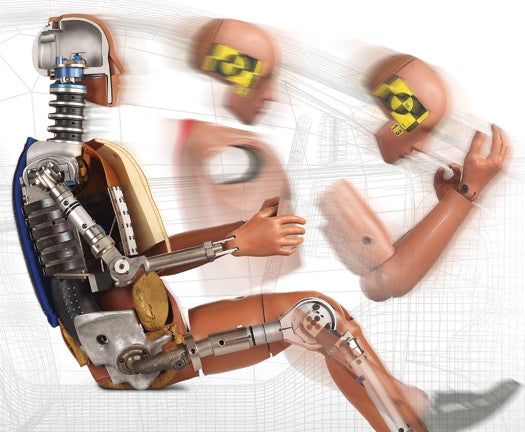 In a typical day at General Motors Anthropomorphic Test Device (ATD) lab in Milford, Michigan, a crash-test dummy is decapitated, rammed in the chest, and contorted by a torsion machine, and that’s just to set a baseline. Many safety innovations—crumple zones and smart airbags among them—are the result of such careful calibration. And with today’s ATDs carrying up to 192 sensors, safety engineers can predict the risk of injury more accurately than ever before.

To that end, the newest generation of dummies is getting an upgrade. Improvements include faster data collection and RibEye, a chest cavity loaded with sensors that helps engineers better understand how the rib cage compresses during a crash. “Now,” says Michael Jarouche, a vice president at Humanetics Innovative Solutions, which supplies dummies to all the major automakers, “we just have to figure out how to give the dummy internal organs.” 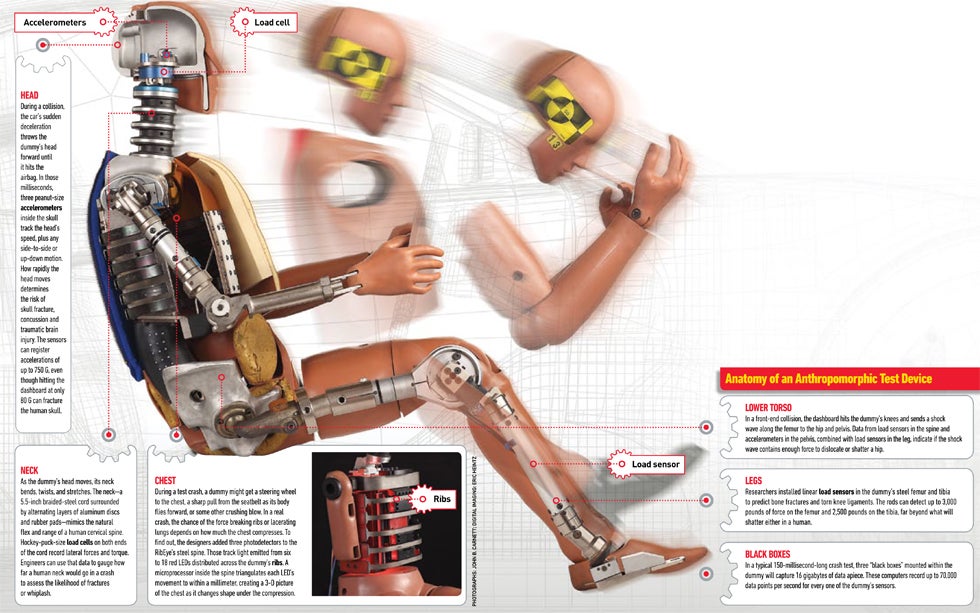 This month’s How It Works section is brought to you by Digikey. All posts are purely editorial content, which we are pleased to present with the help of a sponsor; the sponsor has no input in the content itself.