At Least for the Next Ten Years, “Peak Lithium” is Nonsense

At the Lithium Supply and Markets conference in Toronto, analysts make clear that until 2020 there will literally be more than enough of the element to go around 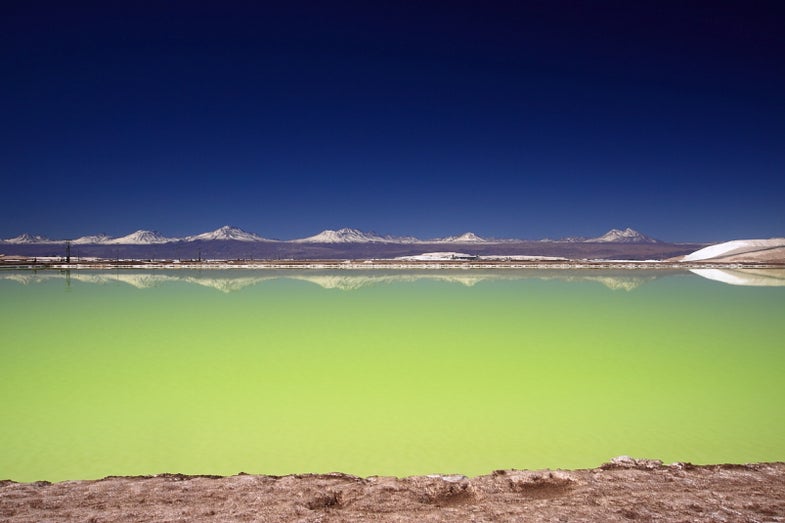 The noise about “Peak Lithium”—the idea that not enough economically extractable lithium exists in the world to support a large-scale switch to cars powered by lithium-based batteries—has quieted significantly in the past year, but I still sometimes get asked: Are we going to run out of this stuff?

Not any time soon. In fact, as a noted market analyst made clear this morning, so many companies are developing so many lithium deposits around the world that many of them will probably go out of business, because they’re on track to dramatically oversupply the world with lithium.

Currently, most of the world’s lithium comes from a handful of companies, most notably SQM, Chemetall, and FMC; they extract lithium from high-altitude salt flats in northern Chile and Argentina. Those companies have long insisted that they have access to so much lithium, and that they could expand supply so easily and quickly, that the dozens of independent lithium prospectors who hope to capitalize on arrival of the lithium-ion-powered electrified automobile are doomed.

This morning, Edward R. Anderson, president of the independent consulting firm TRU Group, told the assembled group of international lithium prospectors much the same thing. According to TRU’s latest study of the lithium market—an update of an earlier study TRU conducted for Mitsubishi, which the group presented at the first Lithium Supply and Markets Conference in Santiago, Chile in January 2009—the world will soon be overloaded with lithium producers. Together, these producers will end up flooding the market; there will be too much lithium to go around, and all but the strongest companies will probably fail.

We at PopSci are not concerned with lithium as an investment, of course: We’re interested in what news like this means for the people who buy raw lithium, make it into batteries, and then put those batteries into electrified vehicles. For the junior mining companies in the audience, Anderson’s presentation might have been bracing. For battery companies and carmakers, however, it means that there is no reason to be concerned about the availability or price of lithium, even as batteries—particularly electric-vehicle batteries—quickly come to consume the bulk of the world’s lithium supply.

To be sure, Anderson didn’t even mention the words “Peak Lithium”—his was a business presentation focused on the next ten years. He’s also far from the first person to argue that lithium is plentiful. (See Keith Evans’s blog.) But Anderson’s presentation this morning was a current and forceful argument that one vastly overhyped barrier to the near- and mid-term adoption of electrified vehicles simply doesn’t exist.

All this said, it’s worth keeping in mind that the majority of all this abundant lithium is extracted by three companies from a relatively tiny section of South American desert. There’s still a case to be made that diversifying the lithium supply is a good thing. Later in the conference we’ll hear Western Lithium, a company that controls a potentially massive lithium mine in northern Nevada, make that case.

Bottled Lightning is a blog series by Seth Fletcher, Senior Associate Editor at PopSci and author of Bottled Lightning: Superbatteries, Electric Cars, and the New Lithium Economy,_ to be published in May 2011 by Hill & Wang/Farrar, Straus & Giroux. The book is about lithium, the rechargeable lithium battery, and the technological transformations it has helped (or will help) make possible—the wireless revolution; the burgeoning electric-car revival; the coming spread of clean energy. Seth also posts off-the-cuff observations on these and other subjects on Twitter._