Amateurs track X-37B across the sky 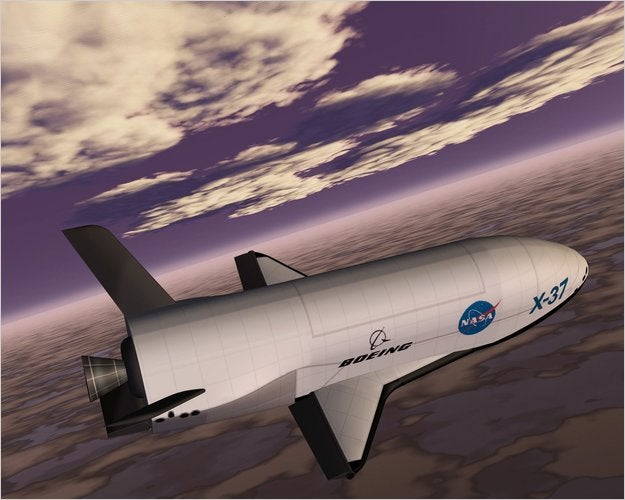 The X-37B has been shrouded in secrecy since it became a Pentagon project in 2006. Its launch April 22 on an Atlas 5 rocket at Cape Canaveral made headlines, but no one had much to say about its actual role, because the military is keeping mum.

But amateur astronomers say it’s likely a spy craft, having tracked its orbital path. It has been flying between 40 degrees north and 40 degrees south latitude, a path that sends it flying over hot spots like Iraq, Iran, Afghanistan, Pakistan and North Korea.

It orbits about 255 miles up and it circles the Earth every 90 minutes, the amateur sat-trackers say.

The Times reports on members of an international satellite-tracking team that congregates on the email list SeeSat, notably Ted Molczan, based in Toronto, and Greg Roberts in South Africa, who made independent observations of the space plane last week. Molczan said the X-37B was passing over the same region on the ground once every four days, a pattern he called “a common feature of U.S. imaging reconnaissance satellites.”

Molczan said most often, when amateurs identify a satellite, they’ve been looking for it; in this case, however, the discovery came about by chance, as another amateur caught the X-37B on video.

The SeeSat searchers have made other significant discoveries before; Molczan et. al were the first to report observations of the Navy’s destruction of a disabled spy satellite in February 2008.

The X-37B, a smaller, unmanned space-shuttle-ish plane, can stay aloft for about nine months because it uses solar panels for power. Many military-watchers believe the current mission is meant to test equipment for a new generation of spy satellites.

The X-37B was first conceived 11 years ago as a NASA project, but the Air Force took it over during the Bush administration. Since then, little has been publicly said about the space plane’s purpose. Some have speculated it will be used for space-based weapons, but the Pentagon denies this; Gary E. Payton, under secretary of the Air Force for space programs, told the Times the plane will have “no offensive capabilities.”

He had previously said that the plane is ultimately meant to give the US new battlefield advantages. 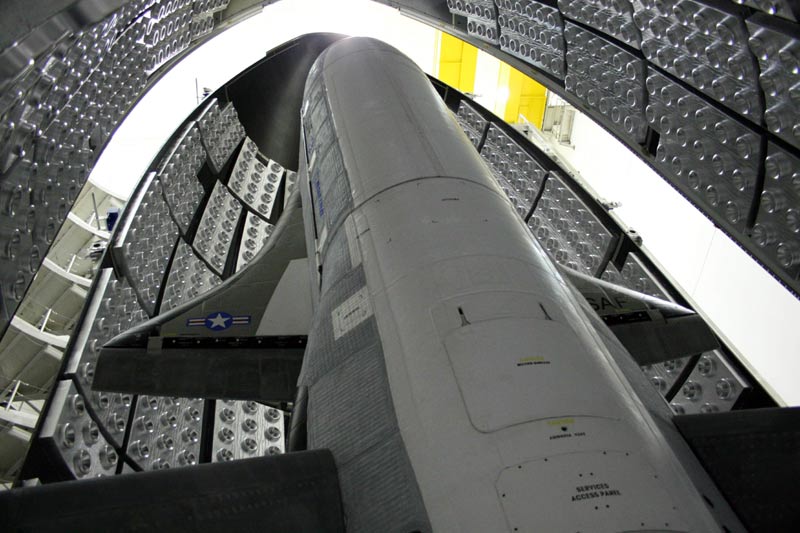 The Union of Concerned Scientists and the Colorado-based Secure World Foundation have expressed concern about the craft, saying its costs outweigh its benefits and its secrecy could be counterproductive. Even if it’s not meant as a weapon, the Pentagon’s secrecy opens the door to speculation, according to Brian Weedon, a former Air Force officer now with the Secure World Foundation.

Plus, as he points out, nothing in Earth orbit is exceedingly difficult to find if you have the right equipment and share your data openly, as is the norm in the amateur satellite-tracking community on the web.

“If a bunch of amateurs can find it,” he said, “so can our adversaries.”