An international team working below an Italian mountain has detected subatomic particles hanging out beneath the Earth’s surface, where they... 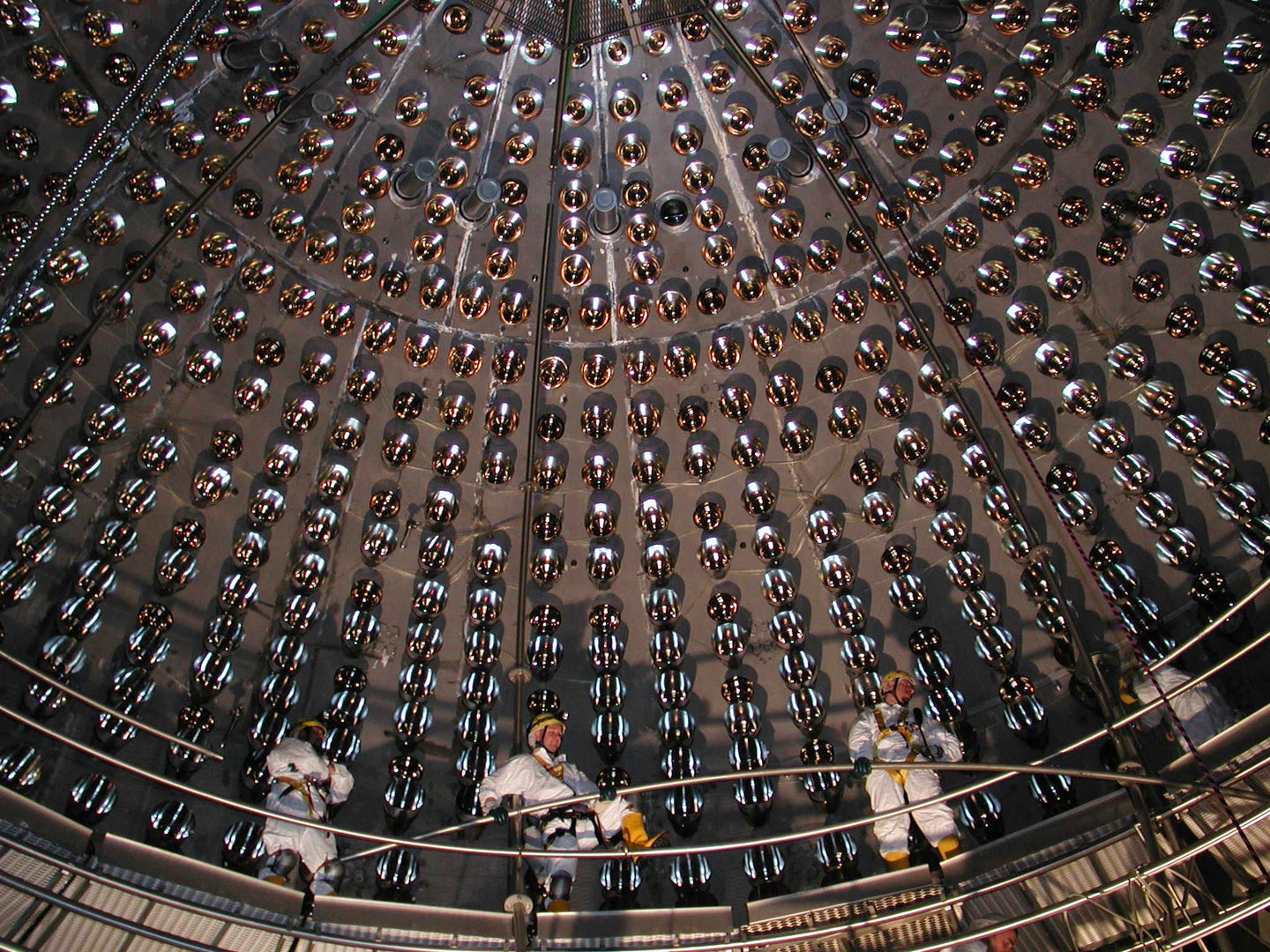 Princeton University scientists and others in the Borexino Collaboration have detected geoneutrinos at the Gran Sasso National Laboratory of the Italian Institute of Nuclear Physics. The discovery could explain how reactions taking place in the planet's deep interior affect events on the surface. Princeton University
SHARE

An international team working below an Italian mountain has detected subatomic particles hanging out beneath the Earth’s surface, where they may very well be affecting things like earthquakes and volcanoes.

Geoneutrinos — which are anti-neutrinos — result from the radioactive decay of uranium, thorium and potassium in the Earth’s crust and mantle. Like their regular-matter counterparts, geoneutrinos are chargeless and tiny, passing through matter almost undisturbed. Regular neutrinos are emitted by the sun and cosmic rays.

The Borexino experiment at Italy’s Gran Sasso National Laboratory was actually designed to watch for regular neutrinos, but scientists at Princeton University, part of an 88-member team, realized it could also look for subterranean subatomic particles. Geoneutrinos were first studied in 2005.

The Borexino study, published in the April issue of Physical Review Letters B, contains data from two years of observations, according to a Princeton news release. Geoneutrinos and neutrinos are hard to detect because they are so small and just barely interact with other matter, so it takes a long time to make just a handful of observations.

Earth scientists would like to know more about how decaying elements like uranium and thorium affect the planet’s temperatures and cause convection in its mantle. Convection is the steady flow of hot rock deep in the Earth that drives plate tectonics — the movement of continents, seafloor spreading, volcanoes and earthquakes. Scientists don’t know whether radioactive decay drives the heating action, or is one of several factors.

The detector consists of nested spheres, containing thousands of tons of hydrocarbon liquid and highly purified water. An array of sensitive photodetectors watches for the telltale signals of solar neutrinos and geoneutrinos.

Scientists can imagine a day when a network of geoneutrino-detecting facilities, located at strategic spots around the globe, can sense particles to better understand the Earth’s interior dynamics. Data about Earth’s internal heat could one day provide enough information to predict volcano eruptions and earthquakes, according to the Princeton news release.

Or it could spur world governments to build a bunch of big metal arks.