A team of NASA researchers has successfully completed the first demonstration of a prototype tsunami prediction system. Using global and... 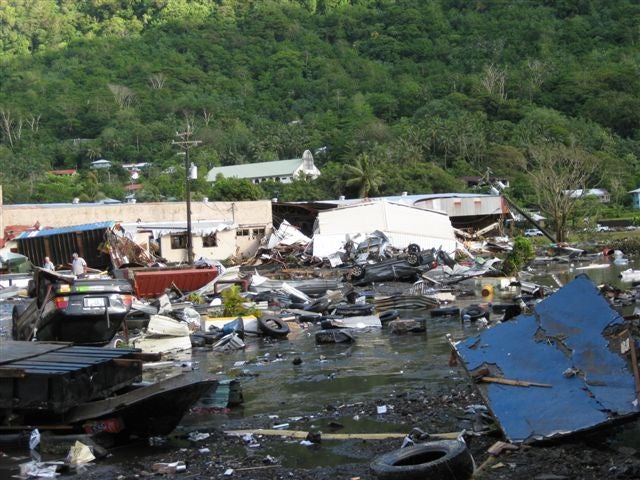 A team of NASA researchers has successfully completed the first demonstration of a prototype tsunami prediction system. Using global and regional real-time data from hundreds of GPS sites, the new system can quickly assess large earthquakes and accurately predict the size of resulting tsunamis.

The new system, developed by Y. Tony Song and his colleagues at NASA’s Jet Propulsion Laboratory, uses GPS data from NASA’s Global Differential GPS (GDGPS) and information about continental slope (where the ocean floor descends from the edge of the continent to the ocean bottom) to estimate the energy transferred to the ocean by an undersea earthquake.

After the magnitude-8.8 earthquake in Chile on February 27, 2010, Song’s team successfully predicted the size of the resulting tsunami. Just minutes after the earthquake struck, the GDGPS network captured the ground motion data and relayed it to Song, enabling him to calculate the seafloor motions and accurately rank the tsunami’s source energy as moderate (4.8 on the system’s 10-point scale).

Tsunami waves are most often generated by large undersea earthquakes (greater than magnitude 7 on the Richter scale) that result from the movement of oceanic and continental plates. When dense oceanic plates slide under lighter continental plates, the seafloor moves vertically, which allows a quick transfer of energy from the earth to the ocean. Because every earthquake is unique, each tsunami exhibits different wavelengths, wave heights, and directionality — making tsunami forecasting a daunting task.

Traditional tsunami warning systems have relied on estimates of an earthquake’s location, depth, and magnitude to determine whether a large tsunami would occur. But history has shown that magnitude is not always a reliable indicator of tsunami size. The 2004 Indian Ocean earthquake generated a huge tsunami, while the 2005 Indonesia quake did not, even though both had similar magnitudes.

Song says the new system shows that coastal GPS systems can effectively predict the size of tsunamis, which can reduce false alarms that disrupt the lives of coastal residents. Repeated false alarms can also lead to complacency among coastal residents, which may decrease community response to future warnings.

According to the National Oceanic and Atmospheric Administration, since 1850 tsunamis have caused the loss of over 420,000 lives and billions of dollars in property damage worldwide.