LHC Scientists Simulate the Sound of the ‘God Particle’

If a theoretical force-carrying, subatomic particle were to materialize in the universe and no one were around to hear it,... 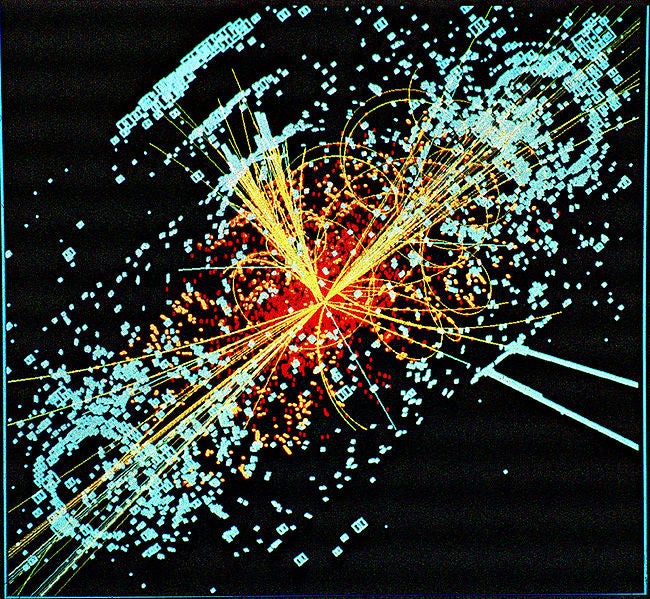 If a theoretical force-carrying, subatomic particle were to materialize in the universe and no one were around to hear it, would it make a sound? Existential aspects aside, physicists at the Large Hadron Collider believe that the elusive Higgs boson, should it prove to be real, will most definitely make a sound, and they plan to be around to hear it. In fact, that’s one of the ways they plan to detect the so-called “god particle,” and they’ve simulated the sounds a Higgs boson might make so they can listen for its arrival.

The sound won’t actually come from the particles themselves, but from the ATLAS experiment, one of the four huge sensors placed within the 17-mile particle collider. One of ATLAS’s sensors, the calorimeter, measures energy from proton collisions is made of seven concentric layers. Each layer represents a different note, and their pitches can change based on the amount of energy produced by a particle collision.

From that, researchers at the LHC have simulated what the emergence of a Higgs boson might sound like if and when it occurs within ATLAS based on what they think the energy of a particle’s emergence would produce. The sounds are actually very musical and quite beautiful, if a bit eerie (akin to listening to an Aphex Twin record). Researchers will use the sound signatures as an analytical tool to help them identify new particles if they do indeed emerge from the particle collisions.

Click through to BBC to hear the background symphony of the universe, in three beautiful movements.