Everything You Need To Know About Chrome OS

Until today, Google’s Chrome OS has been little more than a wordy concept. Now, finally, we truly know what it... 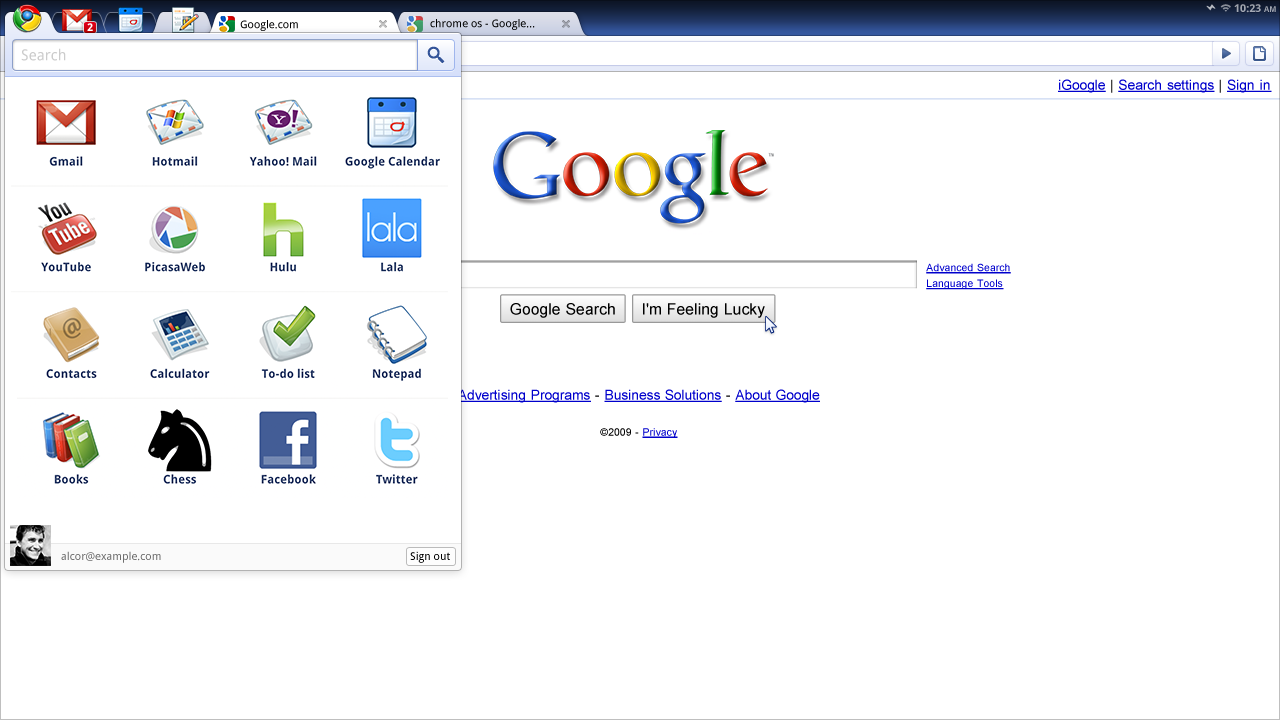 Until today, Google’s Chrome OS has been little more than a wordy concept. Now, finally, we truly know what it is, what it looks like, and how it works. Here’s the breakdown.

Google went to great pains to emphasize that today’s event wasn’t a launch—that’ll come a year from now, apparently, with a public beta still well over the horizon. This is all about a seeing the OS for the first time; understanding in real terms how it’s different from what’s out there; figuring out why you might actually want to use it; etc. So! Here’s what we knew going in:

Google Chrome OS is an open source, lightweight operating system that will initially be targeted at netbooks” and “most of the user experience takes place on the Web.” That is, it’s “Google Chrome running within a new windowing system on top of a Linux kernel” with the Web as the platform. It runs on x86 processors (like your standard Core 2 Duo) and ARM processors (like inside every mobile smartphone). Underneath lies security architecture that’s completely redesigned to be virus-resistant and easy to update.

Like I said, there were plenty of questions. Onwards:

• It’s basically just a browser: meaning that it’ll be based around preexisting Web services like Gmail, Google Docs, and so on. There are going to be no conventional applications, just Web applications—nothing gets installed, updated, or loaded locally in any way.

• It only runs Web apps: It’s going to integrate Web apps into the operating system deeper than we’ve ever seen before, meaning that a) they’ll seem more like native apps than Web apps and b) they’ll be able to tap into local resources more than a typical Web app in Firefox, for example. They’re Web apps in name, but they’ll have native powers.

• How, exactly?: With HTML 5. This is the next version of HTML, which gives the browser more access to local resources like location info, offline storage—the kinds of things you’d normally associate with native apps.

• Chrome is Chrome: The user’s experience with Chrome OS will basically be synonymous with their experience on Chrome Browser. Technically speaking, Chrome OS is a Linux-based OS, but you won’t be installing Linux binaries like you might on Ubuntu or some other Linux distribution. Any “apps” you have will be used within the browser. Chrome OS is effectively a new version of Chrome, that you can’t leave. There are a few reasons Google’s pushing this, which we’ll get to in a bit.

• It’s super-light. It starts up in a matter of seconds, and boot straight into the browser. Likewise, the Chrome browser is apparently very, very optimized for Chrome OS, so it should be faster than we’ve ever seen it.

• It won’t support hard drives, just solid state storage. I mean, hard drives are dying, sure, but this is pretty bold. Hardware support sounds like it’ll be pretty slim, because:

• You’ll have to buy a Chrome OS device: You might be able to hack this thing onto your current machine, but you won’t just be able to install it to replace Windows, or opt for it on your next laptop, for example. You’ll have to buy hardware that Google approved, either component by component, or in a whole package. They’re already working on reference designs.

• For now, it’s for netbooks. It’s not intended for desktops, to the point that Google is saying that the first generation of Chrome hardware will be secondary machines. 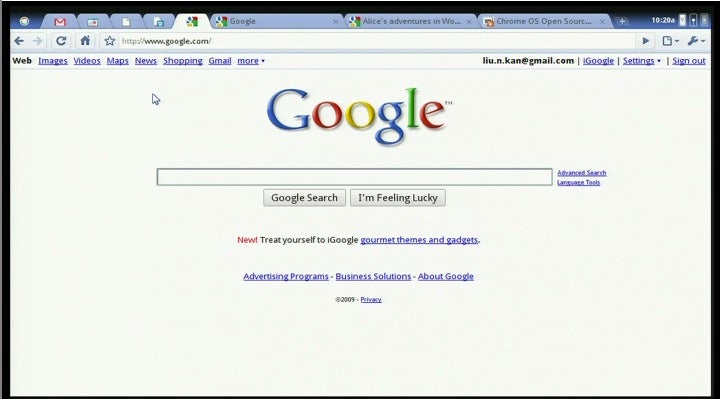 It looks like Chrome browser—specifically, like the leaked shots we saw before. As in a browser, you have tabs—these have to serve as a taskbar as well. To the left of the tabs, you have a sort of start menu, which opens up a panel full of shortcuts. These are your favorites. These are your apps. (Get used to this weird feeling, by the way. That’s Google’s whole point here).

You can peg smaller windows, like chat windows or music players, to sit above your tabs at all times. This feature looks a lot like the Gchat feature in Gmail, which is to say, it’s a box in the corner. 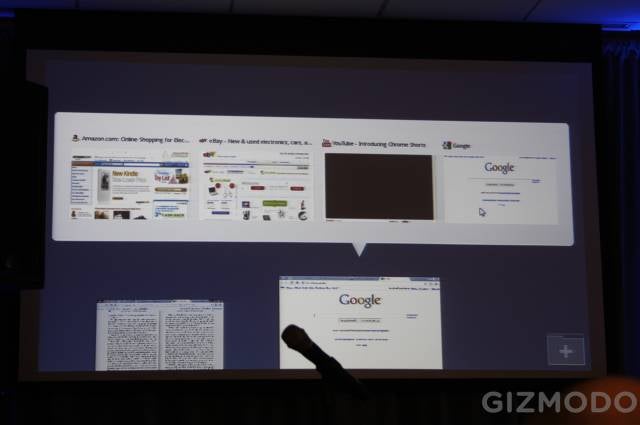 When, and How, It’s Coming

Google’s withholding specifics on the exact release date—it’ll be sometime next year—but the source code for the project is published now. That doesn’t mean it’s ready, really, but rather that they’re just planning on developing it in the open from here on out. Expect builds to start showing up online, which’ll probably work wonderfully in a virtual machine app like VirtualBox.

The code is available as part of the Chromium OS (the Chromium/Chrome distinction should be familiar to anyone who’s wrestled with the open source Mac version of Chrome) project, posted here.

With Chrome OS, Google is taking (or in a way, forcing) the operating system to go totally online. As Google’s freshly designated evangelists are eager to tell you, the browser is already the center of most people’s computing experience. The idea here is to make the browser powerful enough to render the rest of the operating system, and its native apps, moot.

It’s more pure than a lot of people expected: When Google said that Chrome OS would be centered around the Web, I think most people just assumed it would be a lightweight Linux distribution with deep integration for Google Web services. It’s not that. It’s a browser.

But it’s a browser that runs different processes for each tab, that will have access to local OS resources, will to some extent work offline. In other words, it’s not really a browser in the sense that we use the word, and the Web apps that we’ll be using won’t be like the ones we’re used to now, either. The idea is to replicate most, if not all, of the functionality in a native OS, while keeping the lightweight, ultra-secure framework of a thin client. In other words, Google’s not asking much of its users in terms of changing how they do stuff; they’re trying to change the way the operating system lets you do those things, transparently.

Think of it this way: now, the buttons in your taskbar or dock are tabs; your email client now runs within your browser, but stores stuff offline just like Mail or Outlook; your documents will still open with a few clicks, but they’ll be stored remotely (and locally only if you choose). It’s all the same stuff, given to you in a different way. More on Chrome from Gizmodo

Gizmodo is the world’s most fun technology Website, focused on gadgets and how they make our lives better, worse, and more absurd.