There goes 2009, and what a year she was. Let’s see, the iTunes App Store eclipsed one billion downloads, Google … Continued 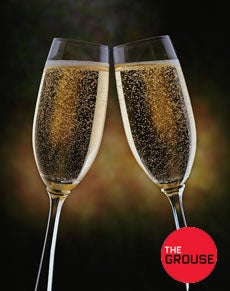 There goes 2009, and what a year she was. Let’s see, the iTunes App Store eclipsed one billion downloads, Google surprised us all with the announcement of Chrome OS, Windows 7 sent Vista to the big Blue Screen of Death in the sky, Verizon and AT&T started fighting dirty and the e-reader market exploded. But instead of looking back at the year that was, we of course always find it a lot more fun to look forward. So, here’s what’s on my wish list for the year to come in gadgets and tech.

The True Rise of Android

Am I the only one who’s been completely underwhelmed by Android handsets thus far? As a Verizon customer, I had (perhaps unrealistically) high hopes for the Droid. Hardware- and software-wise, it’s certainly set the bar higher than ancestors like the HTC MyTouch. But even this bizarrely marketed Verizon/Google/Motorola lovechild failed to capture my heart or dollars. I didn’t exactly expect the mythical iPhone-killer the entire industry is clamoring for, but I was definitely hoping for something better. Side-by-side with an iPhone—and this is strictly an opinion—it still seems clunky and less polished. And, that goes for all Android handsets I’ve encountered so far.

One of the biggest hurdles for Google’s mobile OS (as pointed out nicely by John Herrman at Gizmodo) has been the fact that Android is severely fragmented with different versions running different GUIs on vastly different hardware. Unlike the iPhone, there’s no cohesive sense of what an Android phone actually is and does. Will this change with Google’s own unlocked Nexus One phone? I’m not so sure. First of all, the Nexus One is apparently built from same mold as the HTC Passion, which isn’t exactly knocking my socks off design-wise. Secondly, in the back of my mind I fear the Nexus One will only fragment the OS even further, with Google’s own Android iteration becoming preferred while other manufacturers’ versions lag behind. Only time will tell, but my hope for Android in 2010 is that the kinks get worked out with Nexus One so that Nexus Two is the one we’re all waiting for.

Apple was one of Blu-ray’s early champions back in those crazy days of the most recent format war. The latest version of Final Cut even supports burning to Blu-ray. So why the cold shoulder? Third-party internal and external drives are available, but thoroughly useless since they can’t actually play Blu-ray movies without booting into Windows via Boot Camp. No thanks! I, and many Mac and movie enthusiasts like me, have long dreamed of using a Mini as the hub of our home entertainment centers. Yet, hardware and software updates come and go with nary a mention of HD optical drives.

Is 2010 the year it’ll finally happen? Not likely. Apple wants you buying and renting movies through iTunes, not through physical media it doesn’t get a cut of. For Apple, the best way to kill competition is to box it out of its ecosystem (just look at the App Store). Plus, though Blu-ray movies are a thing of beauty, they’re bound for extinction as more and more of us get our flicks via iTunes and other services like Amazon and Netflix. When the format war was still waging way back when, I kind of thought Apple was waiting to see how things would shake out before fully supporting Blu-ray. Now, I’m beginning to realize it was just waiting for the optical drive to die off completely. Sure, it’s possible we might someday see OS X support Blu-ray playback. But, don’t hold your breath for a Blu-ray–capable Superdrive. You’ll be waiting a long time.

The Muting of Loud TV Ads

You’re quietly enjoying a favorite TV program. It gently fades to black and then—BAM—someone like Anthony Sullivan or the late great Billy Mays is suddenly onscreen berating you with knickknacks at ten times the volume. You dive for the remote in order to save your eardrums only to have to crank the volume back up once your show comes back on. Repeat.

Why have we put up with this for so long? I don’t know. But thankfully, Representative Anna Eshoo isn’t standing for it anymore. The California Democrat recently introduced a bill that would limit the volume of television commercials to the average maximum level of the programming during which they air. It passed on December 15th and moved onto the Senate.

But even if it becomes law, there’s some doubt it could ever actually be implemented or enforced. As the AP has reported, TV ads come to broadcasters from a variety of different sources, which would put the onus on the broadcasters themselves to purchase new, yet-to-be-developed equipment to regulate sound levels. And what if a loud, upbeat ad follows a quiet, chilled-out scene? Who’s to say what’s a violation of the law and what’s simply a change of mood?

Sadly, I don’t think our mute buttons will see any less wear in 2010. But hey, a boy can dream.

Following Google’s acquisition of VOIP startup Gizmo5 last month, this one is a no brainer. I’ve already been using Google Voice to centralize my phone numbers, access voicemail over the Web and do neat things like record calls by simply pressing “4” at any time. It’s a cool service, but one that’s always been missing the most obvious component: the ability to actually place voice calls over the Web for free without having to route them to another phone. Gizmo5’s SIP infrastructure makes this possible, and I expect to see it integrated into Google Voice, oh, just in time to make it the Nexus One’s killer app.

Unless you’re a masochist—and hey, no judgments—I think this is something we can all agree on. It’s been more than a year now since Amazon partnered with manufacturers to phase out those impenetrable plastic clamshells that new gadgets and toys come packaged in. Why hasn’t EVERY manufacturer in the world signed onto this program? Do they derive pleasure from our suffering? Do they giggle at the thought of sending thousands to the hospital with knife cuts each year?. Not only is the Amazon initiative good for our physical and mental well-being, but it’s also good for Mama Earth since frustration-free goods arrive in recyclable cardboard boxes. One reason given by for using frustration-included packaging is that those windowed plastic fortresses prevent theft in brick and mortar stores. But with online shopping, this isn’t an issue. And as far as I can tell, Amazon is passing any additional costs to the consumer ($21 versus $16 for the same memory card [links below]) instead of the manufacturer, so what’s the hold up? Amazon sells more than 350 products from more than 30 vendors in frustration-free packaging. I’d like them to at least double that in 2010.