The Smallest OS in the West

An operating system so small, if you drop it on the carpet you might lose it 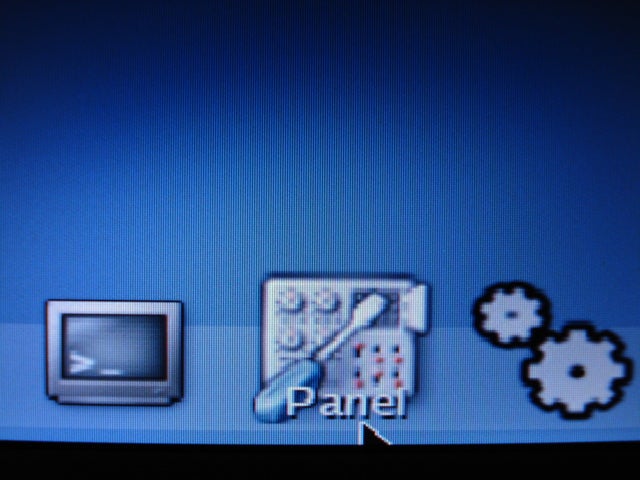 Are you torn between two lovers, thinking back lovingly to those simple days of disk-based operating systems that could fit on a 1.44MB disk but remaining steadfastly enamored of a graphical user interface (GUI)? Hold on, Romeo: you can rekindle those passions, and it’s only 10MB away.

Hot on the heels of our article on the fastest booting OS, comes this look at the smallest computer OS. Weighing in at a flyweight 10MB, Tiny Core Linux (TCL) takes the minimal desktop paradigm to a functional extreme.

Running completely within your computer’s RAM (Note: a minimum of 32MB RAM is required), TCL is just a basic bare-bones kernel along with a handful of components which results in launching a rudimentary X desktop. Unlike those flabby commercial OSes from Apple and Microsoft, this itty-bitty OS can be run sweetly from just about any removable media format or drive capacity. Which is a great way to repurpose those ancient 128MB media cards that are cluttering the bottom of your “hanger queen” tech box that you keep in the basement.

Now don’t get me wrong, the svelte TCL isn’t for everyone. But if your size constraints are tight, then this OS might be worth a look.

Possible applications for a 10MB OS might include gaining Ethernet web access on a Plug PC, adding a basic window manager (JWM) to an ARM MPU, or the ability to use Web-based applications on a netbook computer. If any of these options sounds good to you, then TCL is the diet plan that’ll whip your corpulent PC into shape.

Created by Robert Shingledecker, TCL relies on an Internet connection for adding muscle to its tight skeleton. Once booted into your system’s RAM, TCL offers four basic methods of gaining usable applications. In the parlance of TCL, applications used in this manner are called extensions. And extensions are stored in the online TCL repositories.

The four basic methods of operation are: cloud- or solely Internet-based, two forms of Persistent Personal Repository (compressed, called TCZ and uncompressed, called TCE), and Persistent Personal Installation. While the three former methods rely on a Web link to the TCL repository for use/installation/maintenance, the latter method is just like adding packages in a conventional Linux distro. Therefore, depending upon your system requirements and usage parameters, you can roll your own OS with TCL.

Unfortunately, the installation instructions for TCL could inadvertently scare away first-time Linux users. By far, the easiest installation procedure is the one for using syslinux, under the Wiki Debian installation procedure. In summary, format your removable media as FAT32 (although I was also able to use FAT16), make it syslinux bootable, copy the TCL files to the media, rename the TCL isolinux folder to “syslinux” (and rename the .CFG file, also), and give it a boot.

In less than 30 seconds, you’ll have a fat-free system sporting a romantic GUI with all of the grace and slimness of a DOS 3.31 floppy boot disk. Just throw in a Web connection and begin harvesting the TCL repository for your own customized OS. Say goodbye to bloatware and say hello to a lean, mean, bootin’ machine. And you won’t be feelin’ like a fool, either.