Why and how you should switch to Linux

It's time for a change. 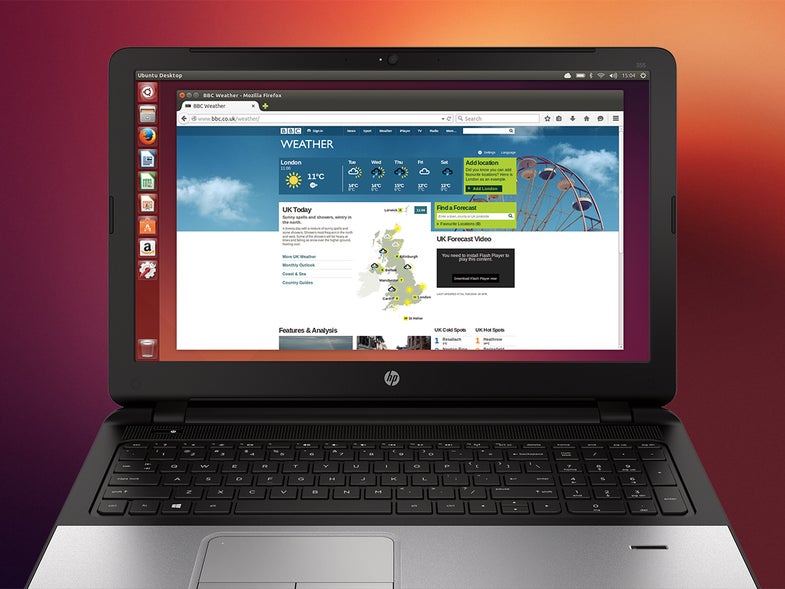 When you start comparing computers, you probably pit Windows against macOS—but Linux rarely gets a mention. Still, this lesser-known operating system has a strong and loyal following. That’s because it offers a number of advantages over its competitors.

Whether you’re completely new to Linux or have dabbled with it once or twice already, we want you to consider running it on your next laptop or desktop—or alongside your existing operating system. Read on to decide if it’s time to make the switch.

If you’re already familiar with Linux, you can skip this section. For everyone else, Linux is a free open-source operating system, which means the code is available for anyone to explore. Technically speaking, the term “Linux” refers to just the kernel, or the core, of the code. However, people often use the name to talk about the whole operating system, including the interface and bundled apps.

Because anyone can tinker with it, Linux is incredibly customizable, encouraging programmers to make their own distributions—better known as distros—of the system. Each one of these different flavors of the OS comes with its own programs and interfaces. Some of the most well-known distros, which work much like the familiar Windows or macOS operating systems, include Ubuntu, Linux Mint, and Zorin OS. When you’re ready to choose a distro, check out those websites in order to determine which is right for you.

To code and maintain these Linux distros, a huge number of developers volunteer their time. In other cases, for-profit companies develop their own versions of Linux with specific features in order to sell the software to other businesses. For example, Android—although it doesn’t count as a full Linux OS—is based on the Linux kernel, which is why it comes in different variations. Many computer servers and data centers also run on Linux, so there’s a good chance the OS hosts the webpage you’re reading.

What are the benefits?

For a start, Linux is free and open source, which means you can add it to a computer or laptop you already own—or a machine you’ve built yourself—without paying anything. The system also comes with similarly-available software, including a web browser, media player, image editor and office suite, so you won’t need to fork out extra cash just to work on photos or documents. And of course, you get all future updates for free too.

Linux also offers stronger malware protection than its competitors, strong enough that you won’t need to run an antivirus program. Developers built it, from the ground up, with security in mind: For example, the OS only works with trusted software. Plus, very few malware programs target the system—for hackers, it’s just not worth the effort. Linux isn’t invulnerable, but the average home user sticking to approved apps doesn’t need to worry about security.

This operating system also requires fewer hardware resources than the more data-heavy Windows or macOS. Distros have fewer components than their more famous cousins, and developers have specifically written some, such Puppy Linux and Linux Lite, to be as lightweight as possible. That makes Linux a particularly good choice for those who own older computers. If your ancient laptop is wheezing under the strain of a corporate operating system, try installing Linux on top, and the machine should speed up. You don’t have to ditch your old OS if you don’t want to though, as we’ll explain in the next section.

Although you may take a little time to adjust to your new operating system, before long, you should find the Linux interface easy to use. So people of all ages and levels of technical know-how can come to grips with the software. And the online Linux community offers plenty of help and support. Speaking of the community, downloading Linux also supports the open-source software movement: developers who work together to make better programs, without chasing a profit, for users across the globe.

How do I get started?

Linux has a reputation as software that only specialists might install. But getting the operating system up and running is much more simple than it was only a few years ago.

To get started, head to the website of the distro you prefer, and follow the installation instructions. You’ll usually have to burn a DVD or set up a USB drive with the necessary code, then reboot your machine to run that code. In fact, one of the operating system’s advantages is that you can store it on a portable USB stick—read more in our full guide to putting a computer on a USB drive.

If you want to run Linux without completely ditching your old operating system, you can either run Linux from that DVD or USB drive or partition your computer’s hard drive (split it into chunks to run two operating systems alongside each other). Several Linux distros will take care of the partitioning for you during the installation process. Or you can partition it yourself using Disk Management (for Windows) or Disk Utility (for macOS).

These instructions may sound vague, but don’t panic: Individual distros provide much more detailed instructions, although the procedure is pretty similar in most cases. For example, if you want to install Ubuntu—one of the most popular Linux distros for home users—follow the guide here. (Before you install it, you can also give it a trial run.) You’ll need to download the latest version to a computer, put it on a DVD or USB stick, then use that disc or drive to boot up your computer, following the instructions in the setup wizard. Where you need extra software to complete the steps, the Ubuntu tutorial will guide you to the right tools.

If you’re installing Linux on a completely new machine, you don’t have much to worry about. But if you’re installing a new system alongside an existing one, we’d recommend that you first back up all your stuff. During the setup process, also take care to choose the dual-boot option to avoid wiping out your existing OS and files. The tutorials for your distro of choice will explain this in more detail: You can find full tutorials for Zorin OS here, for Linux Mint here, and for other distros on their own websites.

And that’s it! So, are you ready to give Linux a try?