The big G confirms what many have long suspected: they've got plans to re-invent the operating system as we (and Microsoft and Apple) know it with Chrome OS 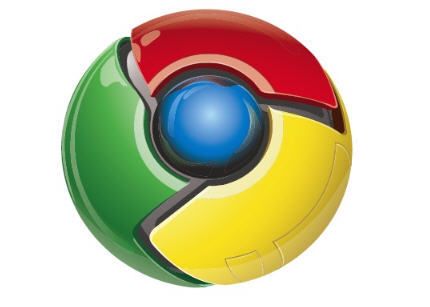 It’s official: Google is making a play to replace the Windows or Mac OS X operating system on your computer with a new, web-based OS based on their Chrome browser. It’s expected to hit netbooks by the end of next year, and after that? It could fundamentally change the way we use computers.

According to Google, the Chrome OS will be designed for people who spend almost all of their computing time using the Internet (read: most of us). Many of us already rely on Google to keep track of our email, documents, calendars, instant messaging–you name it–all on the web, where we can access it from any computer. Chrome OS will build upon that platform by delivering the entire computing experience via the Internet, with apps and data living in the cloud rather than on users’ local machines.

Structurally, Chrome OS will be open source, and based on a Linux kernel powering a lightweight, minimal user interface that will essentially be a window onto the Web. All applications other than the core OS will be delivered in-browser, (and will also work in any other standards-compliant browser like Firefox). The Linux core will run on x86 as well as ARM chips–an important distinction between Google’s Android phone operating system, which is similarly Web-centric and has already been ported to run on netbooks, but is primarily for mobile platforms (i.e., it won’t currently work on computers with Intel chips).

In an official blog post late last night, Google laid out a lot of titillating hints for what Chrome OS will be: fast, able to get you on the web in “a few seconds”; virus- and malware-free thanks to a secure core built from the ground-up; accessible from any network-connected computer; and keeping users’ computer always running “as fast as when they first bought it”.

In short, this is huge news, and it’s a direct attack at Microsoft and Apple: Google couldn’t help but start their post by zinging the competition, noting that “the operating systems that browsers run on [now] were designed in an era where there was no web.” While we’re not yet ready to ditch the desktop OS for good (just ask anyone who does heavy video editing or graphics work), Chrome OS will cover the needs of the majority of computer users who stick mostly to browsing, email and word processing,

So when does it all begin? Later this year, when Google unveils the source code for the project in preparation for its appearance first on netbooks (which it is unquestionably suited for) by the end of 2010.

And here’s a quick prediction (that’s not even going out on too big of a limb): it will be free. In their announcement, Google alluded to their core ethos: anything that makes users happy on the Internet (and thus using it more frequently) is good for Google’s business. Chrome OS would certainly satisfy that criteria, and having a large user base will be essential to drive developers to build the quality Web apps the platform will depend upon.