Army Plans To Have Laser Weapon By 2023

Much cheaper than missiles, once it's built 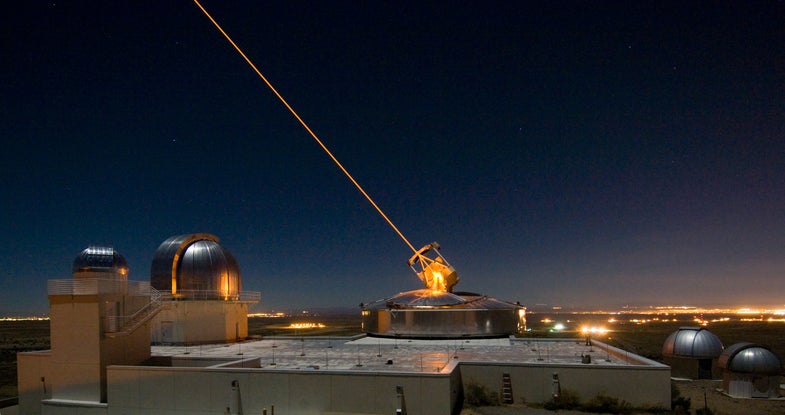 The Pentagon kills language. Housing the brain and central coordinating organs of the most advanced military the world has ever known, the Depart of Defense headquarters can take an announcement as exciting as “the U.S. Army is working on laser guns” and distill it to, in the words of Mary J. Miller, deputy assistant secretary of the Army for Research and Technology, “aligned to transition into a program of record in the fiscal 2023 timeframe.” Make no mistake: bland phrasing aside, the Army is going to fund laser weapon development in the next decade.

The remarks came last week as part of testimony before House Armed Services Committee’s Subcommittee on Emerging Threats and Capabilities, and the laser program mention isn’t really an offensive weapon. The laser program will supplement “Indirect Fire Protection Capability,” an awkward way to say “tools that shoot down drones, mortars, artillery, rockets, and missiles.” The current program wants to do that with missiles. Israel’s Iron Dome is a good example of a similar system, built to intercept cheap unguided rockets fired at cities. It’s effective, at a price: a pair of interceptor missiles costs about $50,000, which is between 50 and 100 times the price of the simple rockets they’re made to protect against.

Lasers could change the economics of shooting down missiles. While laser systems are expensive to develop, the cost of an individual laser blast is very low, potentially just $1 a shot, which makes lasers the great hope for all technologically advanced militaries looking to protect expensive vehicles and weapons from cheap attacks. Israel is investing in a laser component to supplement Iron Dome. This fiscal year, the U.S. Marine Corps wants to test an anti-drone laser on a truck. The U.S. Navy already tested a laser weapon on a ship deployed to the Persian Gulf, and wants more lasers by 2020. The U.S. Air Force wants to try lasers on planes by 2022. The Army demonstrated weak lasers on a truck in 2013, and now, they want a program of record on the books by 2023 to make a working laser weapon.

By land, sea, or air, laser weapons are coming, and they’re aiming right for the 2020s.